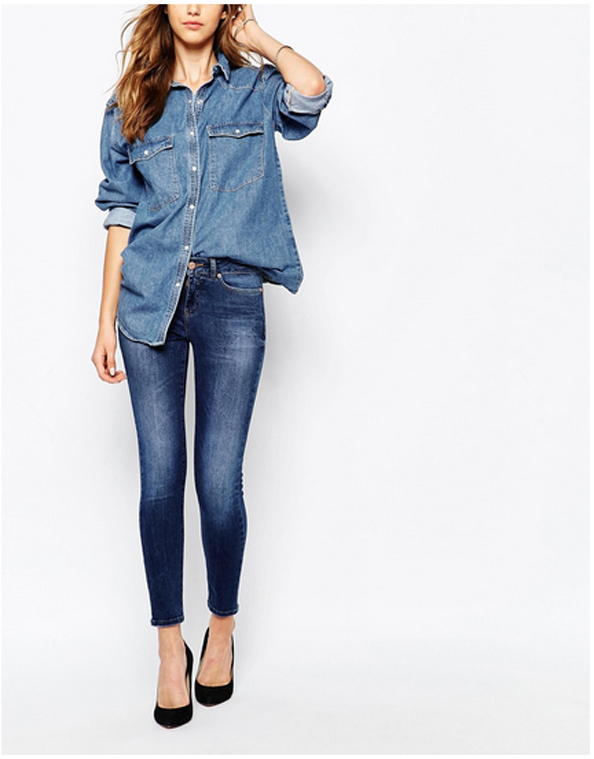 One stylish woman in Australia has taken the term ‘fashion victim’ to new extremes after being hospitalised for wearing skinny jeans.

According to news reports in Australia news channel The Lead, the ‘victim’ spent four days in hospital recovering from nerve compression syndrome caused by prolonged squatting in her ‘skinny jeans’.

The 35-year-old woman had squatted in her skinny jeans for several hours as she emptied cupboards while helping a relative move house. Later, when walking home, her feet were so numb that she tripped, fell and spent several hours lying on the ground before she was found. Both her calves were so swollen that when examined in hospital her jeans could only be removed by cutting them off.

Dr Nic Isse, Plastic Surgeon at The American Surgecenter, Abu Dhabi, revealed the unfortunate incident could have been a result of a cut of blood supply to the legs.

“The blood supply will be cut off while wearing tight pants,” said Dr Isse. “When the blood supply is cut off from the muscles and nerves, swelling will occur and there is a high risk of forming a blood clot that will move upwards towards the heart or brain causing a stroke.”

Dr Isse also added that she had mostly likely damaged muscle and nerve fibres in her lower legs as a result of prolonged compression while squatting, which her tight jeans had made worse.

“Compression to the nerves can result in injury to the nerve directly or indirectly by restricting the supply of oxygen to the nerve. If a sensory nerve is injured, incorrect messages can be sent to the brain giving the feeling that a body part is hot, cold, or that there is pain when there is no reason for the pain. This is called neuropathy. If a motor nerve is injured, it can result in weakness in a muscle as well as lack of coordination because the orders from brain to the muscle are impeded by the damage.”

The woman’s jeans had prompted the development of compartment syndrome — reduced blood supply to the leg muscles, causing swelling of the muscles and compression of the adjacent nerves.

The fashion victim was put on an intravenous drip and after four days she could walk unaided again, and was discharged from hospital.

If you are a lover of tightly fitted attire, Dr Isse warns: “Try to avoid tight clothing if you are going to be sitting, bending or squatting for long periods as this will cause the nerves to pinch and the lower part of the body to go numb. Also do NOT wear tight clothing while traveling by plane as this will cause a tourniquet effect cutting off circulation at the groin and back of the knees. This could lead to a blood clot which could in turn be fatal.”

No one wants to be a fashion victim of any kind…