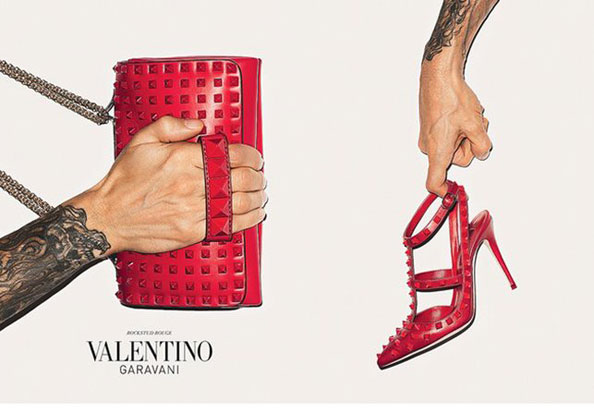 Terry Richardson, the avant-garde photographer has lent his heavily inked arm to Valentino for their new autumn accessories advertising campaign.

Although Terry’s place is usually behind the camera, he’s no stranger to modelling. The kooky fashion photographer has stepped in front of the lens on several occasions, starring in campaigns for Mango, Philip Plein and David Webb. 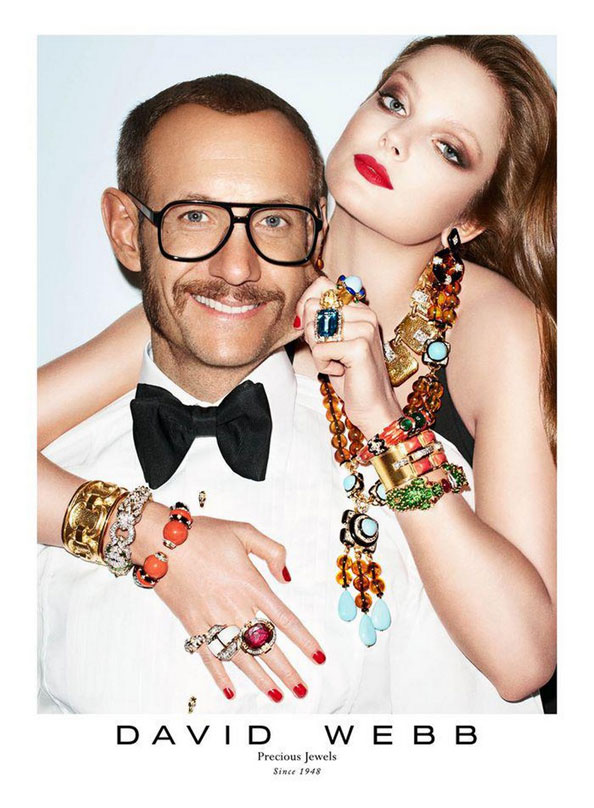 Richardson gets playful with the David Webb model

Now onto the glorious Valentino goods, the campaign showcases the new season It accessories, a studded scarlet clutch and matching killer stilettos.

We’ve added both to our wish list and will be saving our dirhams in good stead for when they the hit stores!