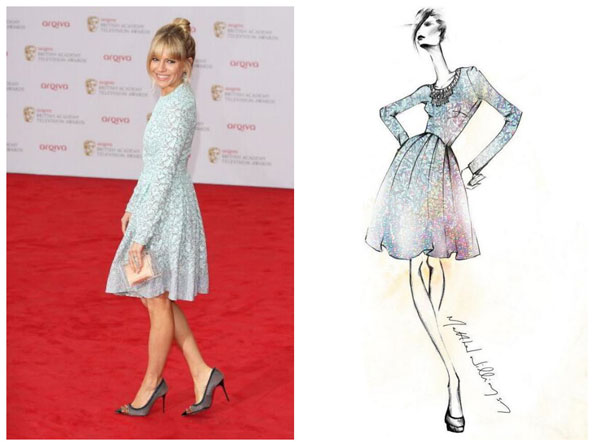 Despite missing out on a trophy at the BAFTA television awards in London last night, actress Sienna Miller definitely won in the style stakes.

The ceremony saw TV’s favourites take to the stage, with British stars Graham Norton, Alan Carr and the cast of Made In Chelsea among others, taking home awards.

And while Ms Miller lost out to Sheridan Smith for the Leading Actress trophy (Sheridan won for her role in Mrs Biggs), The Girl actress certainly impressed in the wardrobe department.

The 31 year old turned to pal Matthew Williamson for the event, wearing a dreamy powder blue dress embellished with a smattering of iridescent sequins at the hem. 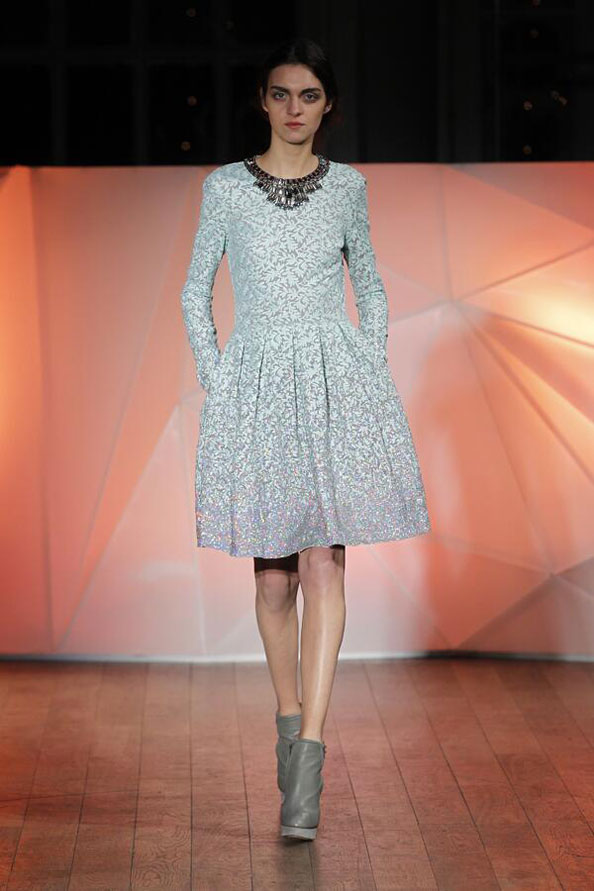 Matthew Williamson’s dress on the catwalk

Sienna teamed her organza frock with jewelled earrings, spiked Louboutin heels and Perspex box clutch by Charlotte Olympia. The mother-of-one looked tanned and glowing, wearing a pale pink lip with a swipe of black liquid liner and her hair up, in a wispy topknop – looking every inch like a Hitchcock starlet.

Fashion
Everything you might have missed from Paris Fashion Week
1 day ago
ADVERTISING
Copyright © 2022 Motivate Media Group. All rights reserved.