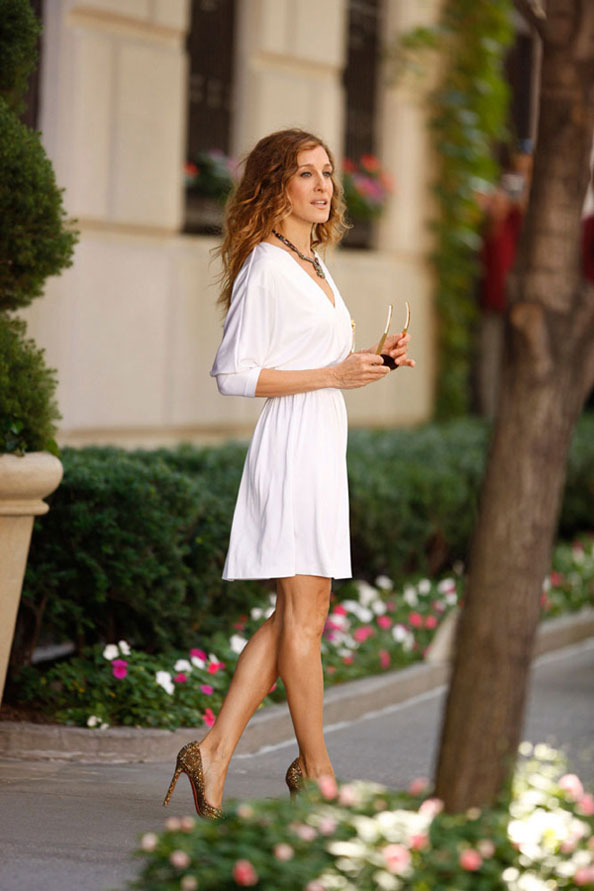 Sarah Jessica Parker must have heard our pleas because the Sex and the City star has announced her plans to release a shoe collection in 2014.

The 48-year-old actress has partnered with Manolo Blahnik’s CEO, George Malkemus to create a line that will include bags, a trench coats and of course, lots and lots of shoes.

“It’s sort of soup to nuts,” Parker explained to Vogue US. “You put on a shoe and you put on a coat and you wear a bag and, on the outside, when you’re walking down the street, they really can tell the same story about yourself.”

After playing Manolo obsessed Carrie Bradshaw on SATC for over six years, SJP definitely knows a thing or two about fabulous footwear.

Who could forget the episode where her character Carrie pillaged the Vogue fashion cupboard, where she discovered a rare pair of patent Mary-Jane Manolo’s to which she declared: ‘I thought these were an urban shoe myth!”

And SJP pays thanks Carrie for her love and knowledge of shoes: “Because I got to play Carrie, I wore a lot of shoes. By default I learnt an enormous amount. It’s hard to walk away from that.”

The collection will simply be called SJP and is set for release early next year, available exclusively at Luxury American department store Nordstrom. Prices will reportedly start at around Dhs730.

We’ll be booking our flights to The States ASAP to get our hands on a few SJP goodies.