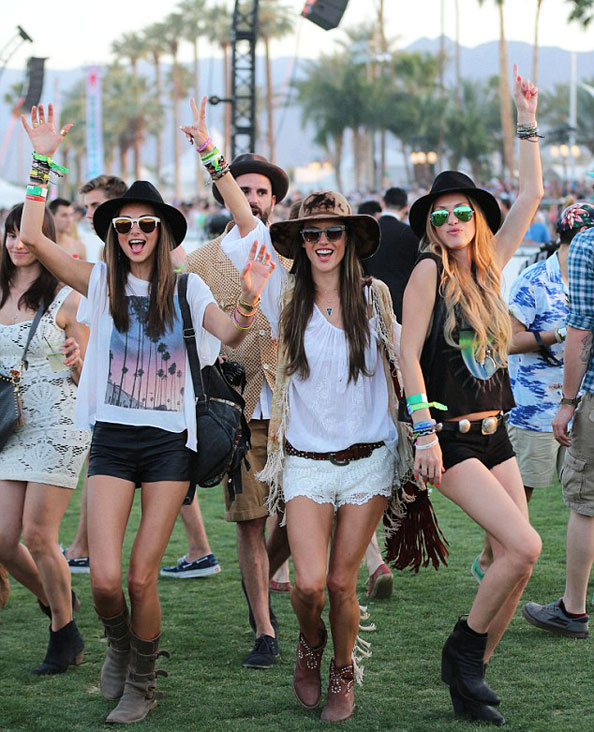 Alessandra, Rita, Kate and co were out in full force for the most fashionable festival of the year, Coachella in Palm Springs.

The annual three-day festival showcases a smorgasbord of musical talent, with the most popular in rock, indie, hip-hop and electronic performing live.

Now, onto the most important part of Coachella, who’s wearing what.

The fash pack go for hipster hair (artfully ‘undone’ waves), crochet shorts, suede fringing, trilby hats and a treasure trove of accessories; the more bracelets and wristbands you pile on the better in our opinion.

Here is EW’s edit of the best ‘Coachella chic’: 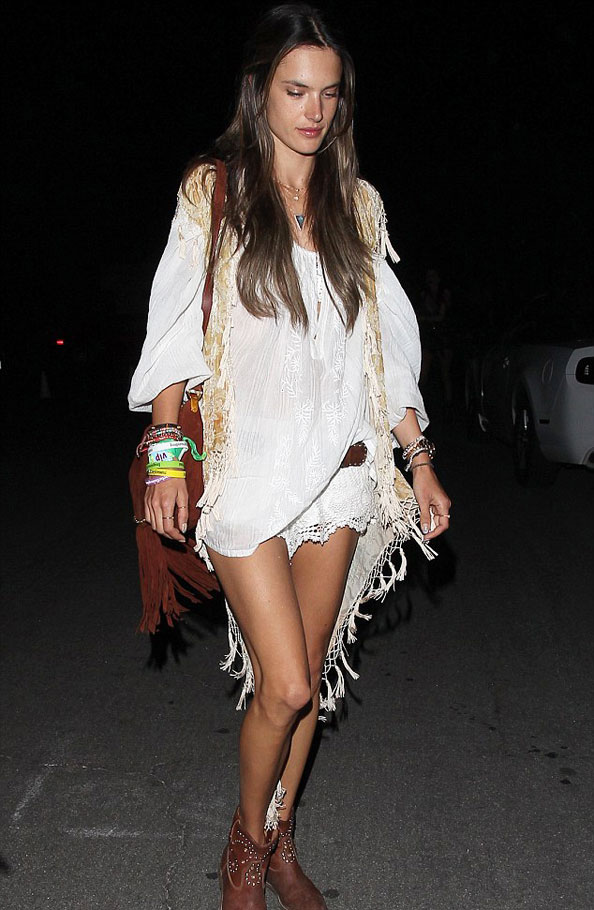 Alessandra Ambrosio shows us exactly why she is one of the top earning Victoria Secret Angel’s in the world. The Brazilian Supermodel showed off her bronzed pins in this white ensemble. We love the hippy vibe, especially the slouchy white peasant blouse, our new style staple for summer. 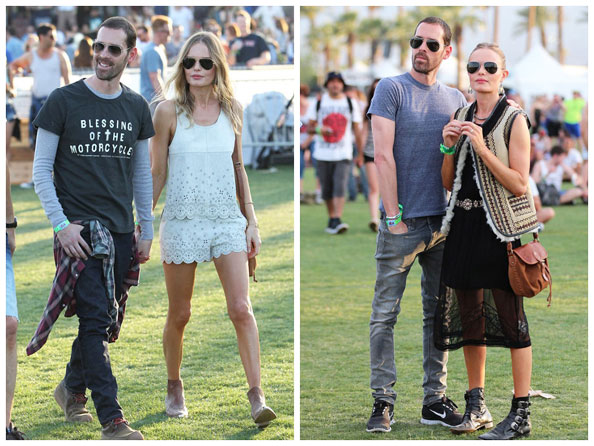 Actress and Coachella regular, Kate Bosworth, was seen at the festival with fiancé Michael Polish. Day 1 she wore an embroidered cream top and shorts combo with cropped brown cowboy boots and aviator shades. The next day we were treated to an equally stylish look; a sheer black frock teamed with a sheepskin gilet and buckled boots. 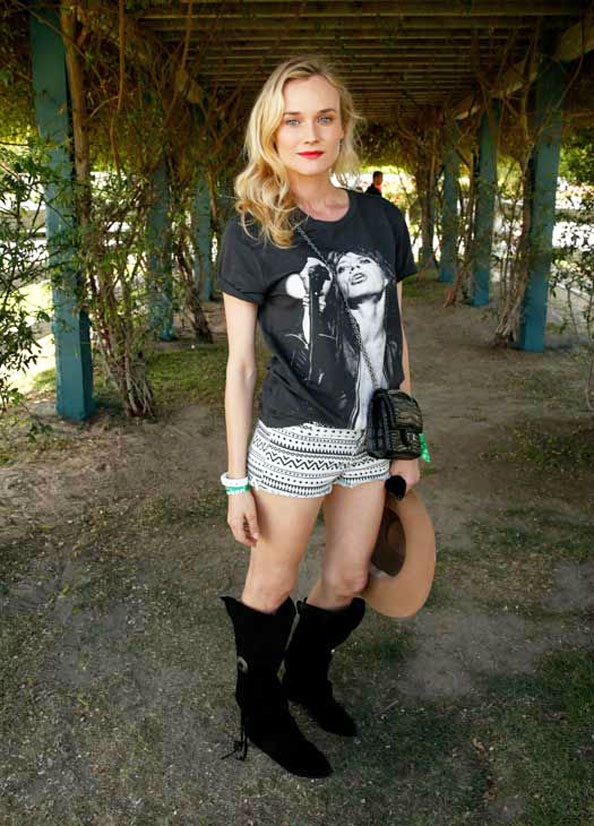 Diane Kruger attended the H&M bash at the festival. The German actress rocked a band T, printed micro shorts and knee-high Pocahontas-style black boots with a splash of strawberry on her pout – perfect.