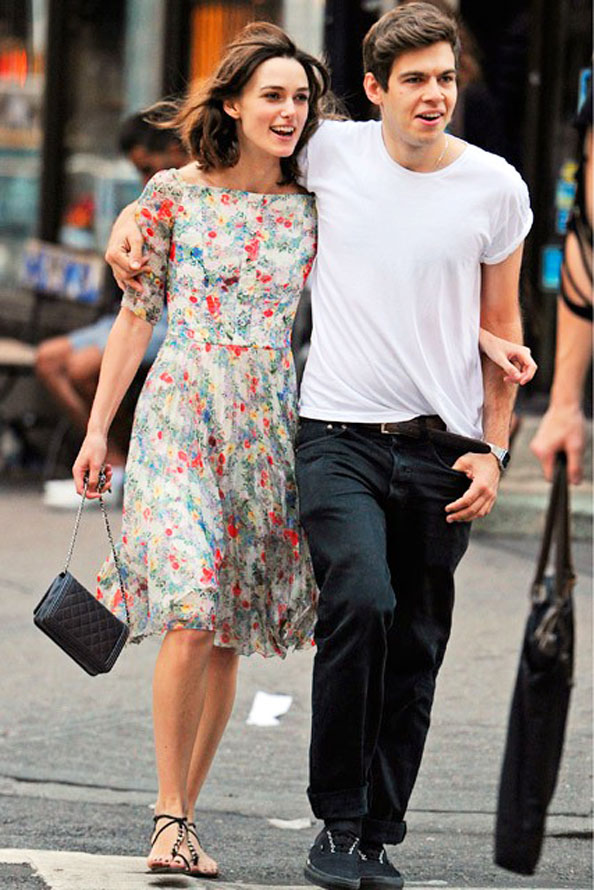 Keira Knightly tied the knot with Klaxons rocker James Righton, at a low-key ceremony held in the South of France over the weekend.

The pair have been dating since 2011 after they were reportedly introduced by mutual friend Alexa Chung.

The bohemian bride wore daisies in her hair, ballet pumps and a short tulle dress by Rodarte. To complete her look, Keira slipped on a beautiful Chanel boucle jacket teamed with cool cat-eye shades.

The ceremony was an intimate affair held in the hilltop village of Mazan, with just 11 guests in attendance, most of whom wore jeans and biker boots.

Post nuptials, the pair threw a bash for 50 of their closest friends at Keira’s eight-bedroom country house, situated on a sprawling vineyard in the Provence village. Joining in on the celebrations were actress Sienna Miller and Chanel’s main man, Karl Lagerfeld.

If Keira’s dress looks familiar, then you’re spot on, because the 28-year-old year old actress wore this frock back in 2008 for a pre-Bafta party. Team EW loves that the Hollywood A-list star recycles her wardrobe, but on her wedding day? We’re not so sure. That said, it’s a classic frock that’s been revived with new accessories and a beau to match. The jury’s out on this one!

What do you think? Share your opinion on Keira’s look by commenting below.