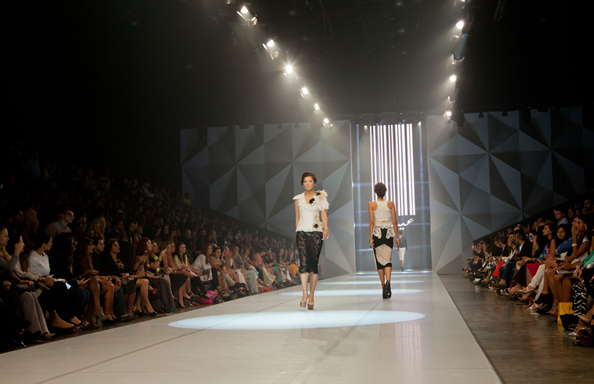 Emirates Woman were back for day three of Fashion Forward Season Two with shows from KAGE, Essa and Dina JSR proving the momentum was only getting bigger and better.

Very much in need of a refreshment, team EW and started off in the VIP Lounge for The Halston Heritage high tea, with special guest, Ben Malka, CEO of Halston Heritage joining us as we sipped mocktails and savoured dainty finger sandwiches and scones with clotted cream. 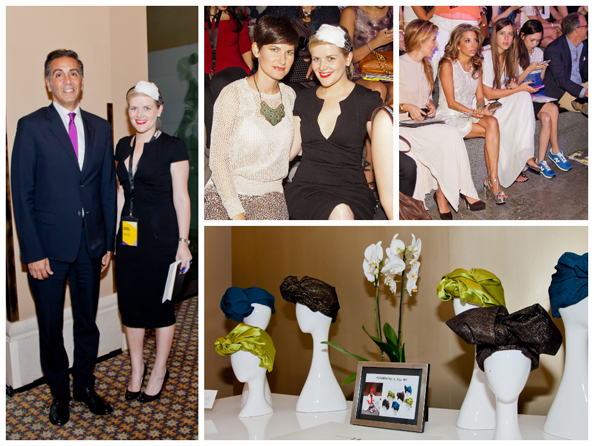 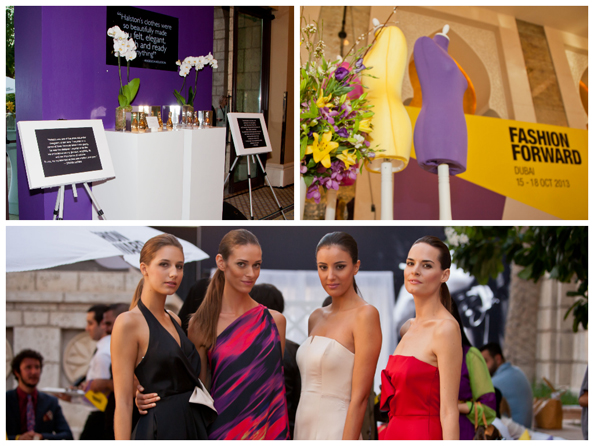 From there we hotfooted it to the KAGE show, which was packed to the rafters and took our seats in the front row. The collection had a bright and breezy feel that was very much inspired by 1970s sportswear – think racerback dresses in bold red and cobalt block colours and patterns. Models exuded a cool attitude with wet look hair and fresh faced make-up with a fun red lip. We’re coveting these fun dresses for our next brunch. 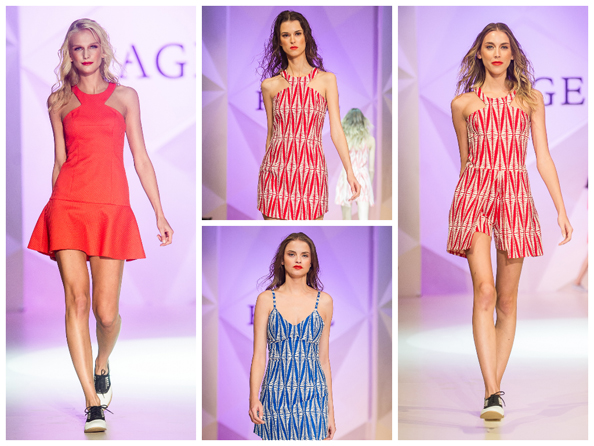 Fun sportswear was the major theme at KAGE 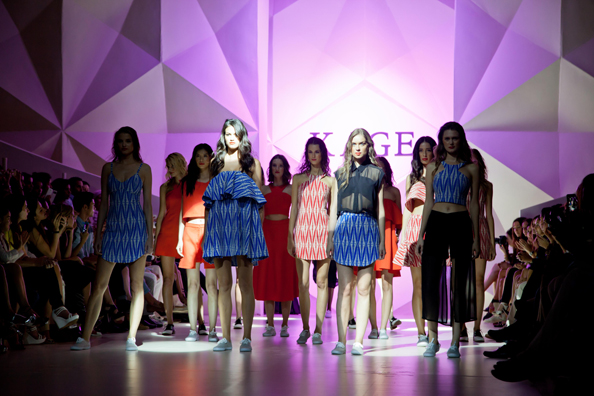 Before heading to the Ezra show we popped by the VIP Lounge where we spotted blogger Kat Lebrasse with a very kitsch handbag from The cARTel. 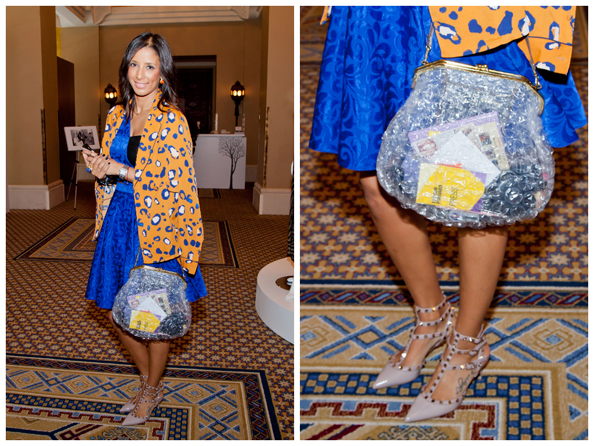 Ezra’s specular show was packed with the region’s most fabulous including Negin Fattahi-Dasmal, the winner of the Emirates Woman, Women of the Year Award 2013. 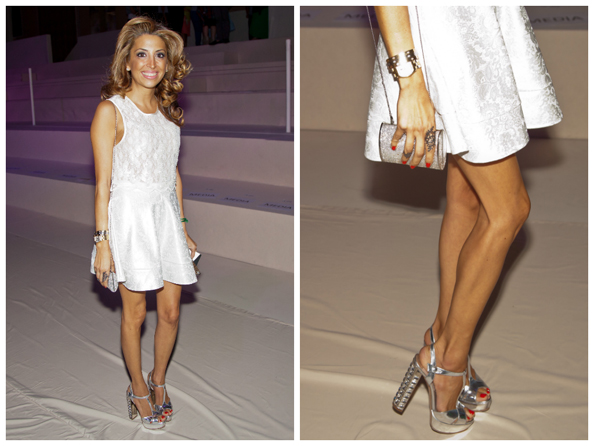 Next was the Essa show, which brought a mix of themes including moody French lace, Hitchcock-inspired heroines and pretty pastels with a hint of neon. 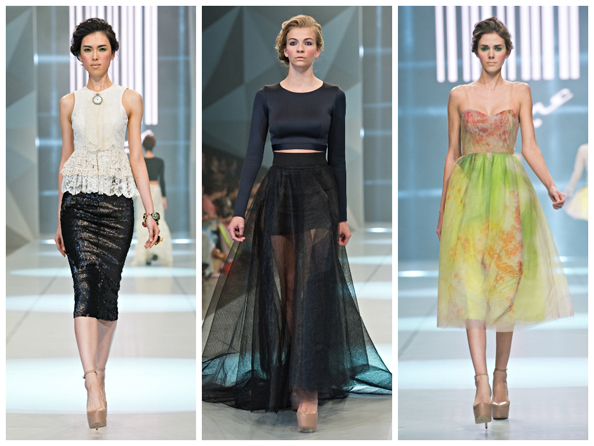 Some of the key looks at the Essa show 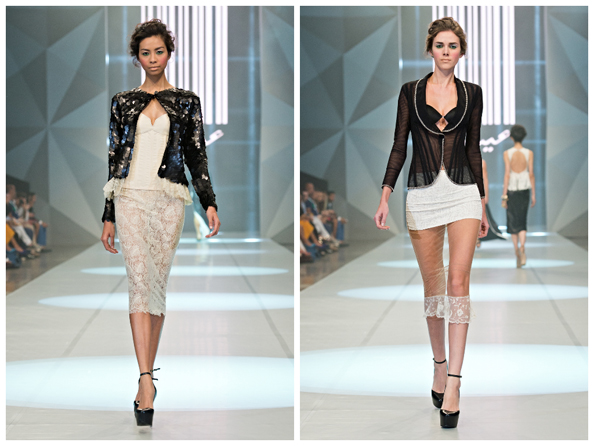 Last, but certainly not least, was Dina JSR. With a theme of delicate romance, there was an abundance of beautiful lace appliques and brocade in both sorbet shades and dramatic black – perfect for the upcoming party season. 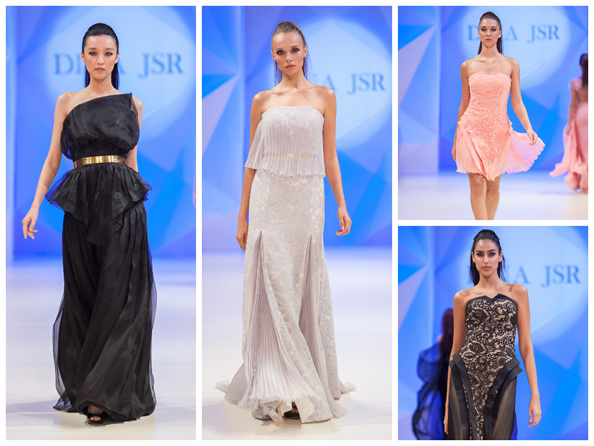 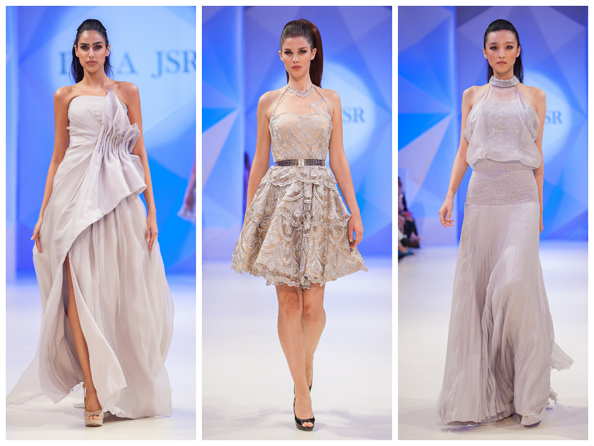 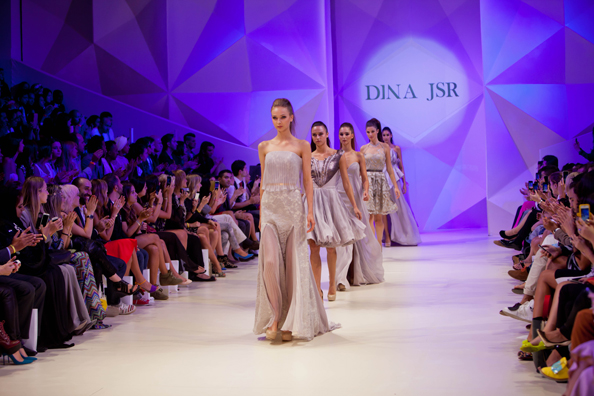 As ever, in Fashion Forward, the evenings don’t end with the shows… it’s also about the after party! 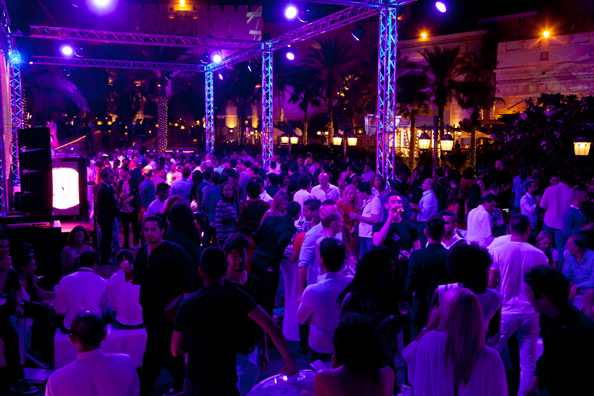