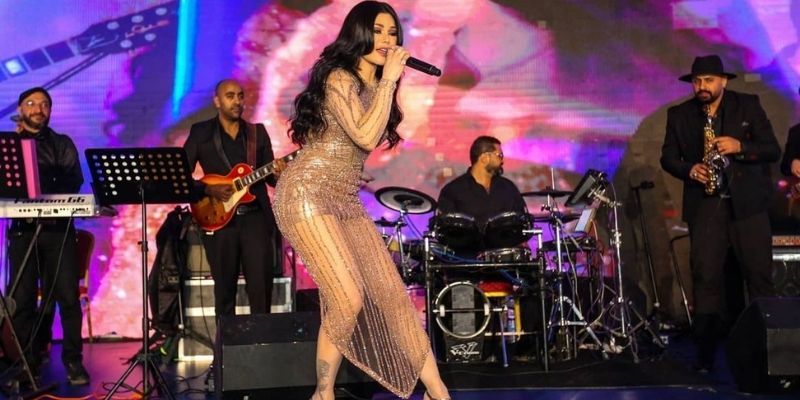 With a career in the limelight spanning nearly two decades, Haifa Wehbe is no stranger to large crowds and unexpected encounters with fans.

Over the weekend, while performing at a concert in Egypt, the singer put on a show for her loyal fans, however there was an unexpected situation the star had to deal with.

A vibrant atmosphere was rampant at the concert when Wehbe was suddenly interrupted by one of her fans storming the stage.

Wehbe’s guards swiftly escorted the male away from the singer, however, Wehbe decided to interject and deal with the situation herself, in a calm and collected manner.

Wehbe stopped the live performance, approached the young man to ask for his name and then explained very simply that the actions used were in accordance with the precautionary measures taken to limit the spread of coronavirus.

The Lebanese singer even apologised to the young man then turned to the crowd and said, “Fun night.” Wehbe then continued her concert as if no events had occurred.

This is not the first time someone has stormed on stage whilst Wehbe was performing. Almost four years ago a man offered Wehbe a rose and then proceeded to get down on one knee and propose in front of a huge crowd.