Experience a timeless reinvention with this iconic jewellery house

Fabergé, the iconic jewellery house with a history spanning over 178 years, has undergone a transformation.

A heritage brand that spans over one and a half centuries, Fabergé is an icon. Initially founded in 178 years ago by Peter Carl Fabergé, the jewellery house has an intriguing history. After being the official goldsmith to the Russian Imperial Court for 75 years, 1917 saw a major upheaval in Russia with the fall of the ruling Romanov dynasty that, in turn, brought an end to the House of Fabergé as it was known. Ninety years later, in 2007, the jewellery house has come full circle to stand for the opulence and intricacy it had once been know for. With its rich history, Fabergé has a special story to tell of timeless reinvention throughout its 178 years. 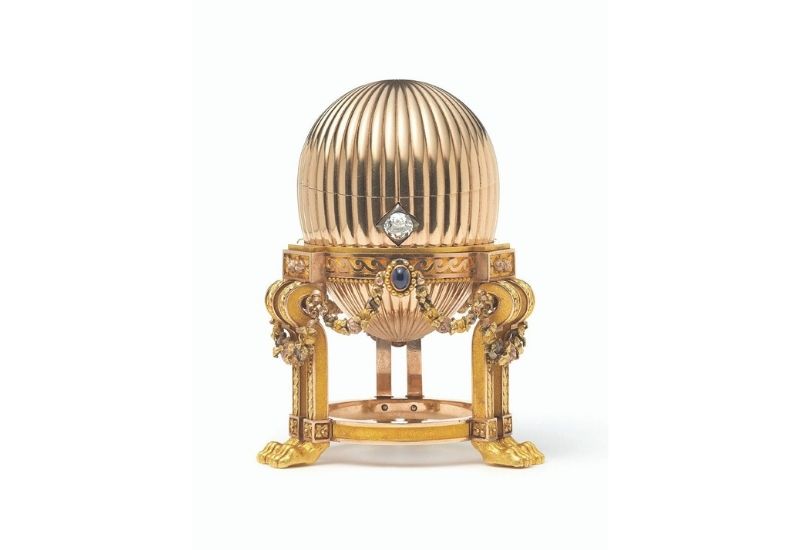 According to the Maison’s managing director Antony Lindsay, Fabergé combines a “pursuit of perfection coupled with creative audacity and extraordinary craftsmanship”. Emirates Woman spoke to Fabergé’s managing director to delve deep into this history; the iconic Imperial Easter Eggs and how they have reinvented themselves to fit modern jewellery standards; the intricate design process of Fabergé creations; and what’s next for the jewellery house. As Lindsay says, “At Fabergé, we strive to reinvest luxury jewellery with a sense of wonder, anticipation and discovery.”

Founded in 1842, Fabergé has been the most revered name in jewellery ever since Peter Carl Fabergé became the official goldsmith to the Russian Imperial Court; the house created exquisite jewels and objects, most notably the legendary series of lavish and ingenious Imperial Easter Eggs.

Peter Carl Fabergé was renowned for his exquisite and artistic use of colour, optimizing the beauty of each gemstone’s unique characteristics and developing a vibrant enamel palette. His worldwide reputation attracted royalty, nobility, tycoons, industrialists and the artistic intelligentsia of Paris, Moscow and London, as well as connoisseurs from farther-flung destinations such as America and the Far East. Before long, Fabergé became the ultimate global purveyor of high-end gifts. In 1917 however, the Russian Revolution brought an abrupt end to the Romanov dynasty, and in turn to the House of Fabergé.

The company was nationalised, all production ceased and Peter Carl Fabergé and his family fled Russia. Following the death of Fabergé’s founder in Switzerland, his heirs lost the rights to the Fabergé name. History came full circle in October 2007, when Fabergé, under new ownership and direction, announced the reunification of the Fabergé brand with the Fabergé family. This opened a new chapter in the intriguing story of Fabergé and set the stage for a total revitalisation of the Fabergé name and philosophy, in tune with its original values, aesthetics and spirit.

Since the revival of the brand in 2007, Fabergé is proud to have developed and expanded, in terms of both the range of extraordinary pieces we have produced, our territories and store locations.

Since then, there have been many pivotal moments – too many to list. However, more recently in 2018, we teamed up with Rolls Royce to create the ‘Spirit of Ecstasy’ egg. We worked with a very special work master for two and a half years to create this egg, and the partnership symbolised Fabergé’s modern positioning in the industry. When it comes to our collaborations, we always seek out heritage luxury brands, which are, in their own right, the ultimate experts in their chosen field.

To name another stand-out milestone, this year we brought on board our first ‘Featured Designer’, James Ganh. This new partnership launched in September 2020 with a vibrant capsule collection inspired by nature and the resplendent colours of summer’s floral blooms. It comes after a year of ‘behind the scenes’ work, with Ganh and his team designing the pieces in secret. We see James Ganh as a true innovator and visionary, with a keen eye for detail and an unwavering ability to engineer the type of high-jewellery masterpieces of which Peter Carl Fabergé would be proud. These playfully transformable designs also provide the wearer with versatility, transitioning from day to night with ease. A charming element of surprise is neatly woven into the collection, with delightfully innovative mechanical elements. 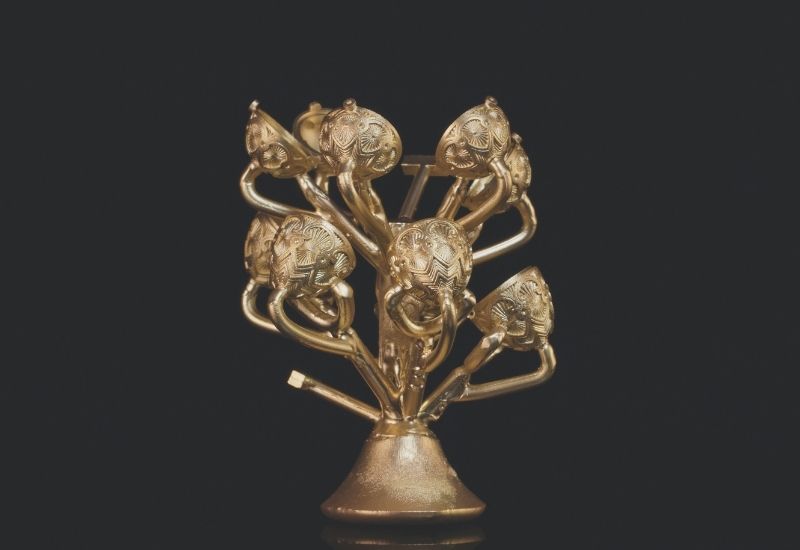 I’m blessed to be in the position I’m in, working with such an inspirational team on such a privileged project. We are writing the next chapter in the history of Fabergé, one of the most storied, sought-after, and treasured names in luxury. Sure, we’ve had our challenges and we continue to do so but no three come to mind in particular and I think the fact that we don’t recognise hurdles or obstacles as problems, but strive to learn and grow in everything we do says a lot about our brand ethos.

The story began in Russia in 1885 with Tsar Alexander III. His young wife, Maria Flodorovna was born Dagmar of Denmark, but was sent away from her family for an arranged marriage to the Tsar of Russia. Feeling alone and in a foreign land, Maria suffered from homesickness and depression. Seeing her sadness, the Tsar commissioned a jewelled egg as an Easter gift for his wife – the very first Fabergé egg. Maria was delighted with the exquisite egg and so it became a tradition that the eggs would be made, two each year, as gifts for the wives and mothers of the aristocracy.

A total of 50 eggs were made for the Russian imperial family between 1885 and 1917, of which only 43 are accounted for today. It wasn’t until 2013 that the 43rd egg was actually discovered and accounted for. A scrap metal dealer from the American mid-west bought the gold egg for $14,000, with the intention of having it melted down and sold for a few hundred dollars’ profit. He struggled to sell the piece and it was thought he’d paid too much for this somewhat strange bejeweled egg that contained a small clock by Vacheron Constantin, housed inside it.

Not perturbed by his initial failings, the scrap dealer turned to the internet and soon realised that he had stumbled upon the Third Imperial egg by Fabergé, a gift from Tsar Alexander III to his wife Maria at Easter 1887. The last time this egg was known to have been seen was over one hundred years ago in 1902. He sold the egg shortly after to an anonymous collector for $33,000,000.

Of the 43 eggs that are accounted for today, some are in private collections, some are in museums and some are owned by royalty. Most of the seven missing eggs have not been seen or heard of since the fatal fall of the Romanov family during the Russian Revolution where these eggs were looted and scattered throughout the world, creating one of the most intriguing Easter egg and treasure hunts of all time. 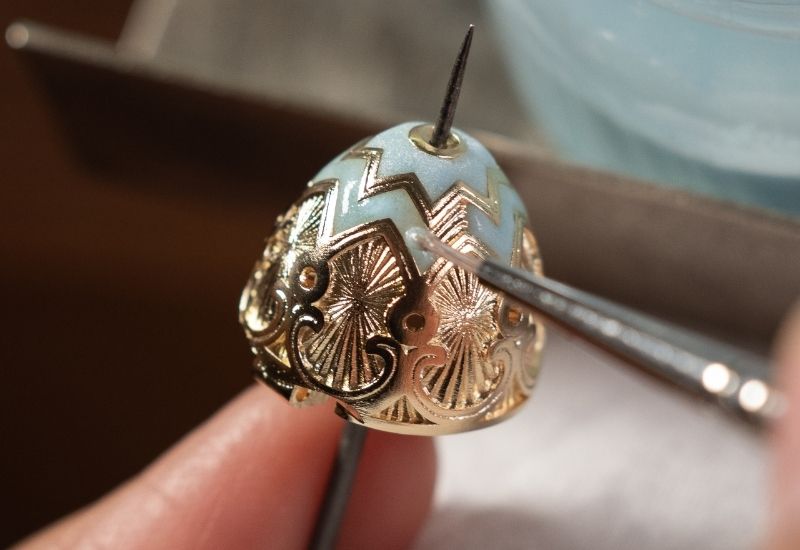 Our fine jewellery egg pendants are standout. To own a symbol or such a rich, illustrious history and something that can go on to become a family heirloom and passed on from generation to generation is very special.

Our clients here in the UAE are discerning and highly appreciative of the creativity and such extraordinary levels of craftmanship that underpin our values at Fabergé. At present, our key markets are Europe, the USA and the Middle East. Fabergé represents something old, something relevant and something to be adorned and celebrated for years to come.
Fabergé is an unrivalled legacy in luxury and its special to be a part of that.

We’ll continue on our pursuit of perfection, pushing boundaries of artistry and craftsmanship, in-turn creating endearing and enduring personal possessions of unsurpassed quality, that can be passed down from generation to generation and celebrated and treasured for many, many years to come.