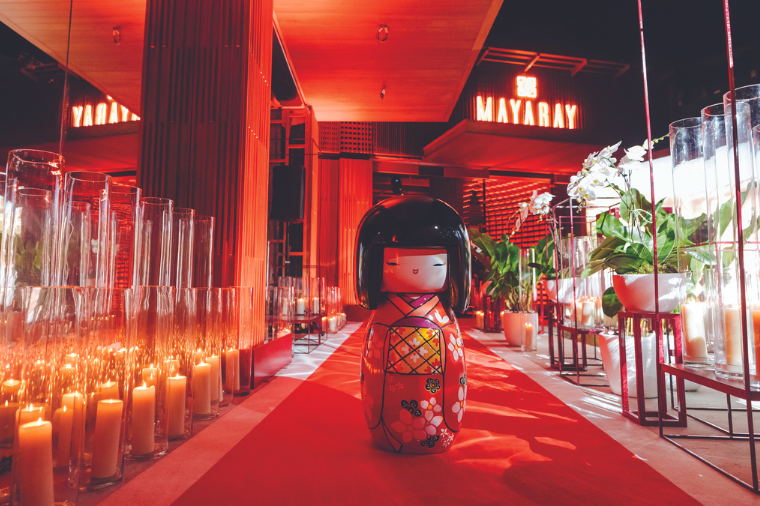 One of the most exclusive haunts in Monaco, Mayabay, has officially arrived in Dubai.

With a clear vision for making its mark in the region, Head Chef Shane MacNeill discusses with us bringing a new luxury concept to the emirate.

I have been working in professional and Michelin-star restaurants since 1997. After completing a Diploma in Hospitality Management at Worcester College of Technology, London looked like the most logical choice. The first high-end restaurant was with the Nobu Group, and it seemed that Asian cuisine was where it was going to continue until today. After leaving Park Lane and taking the first head chef position in the group at Ubon by Nobu the seeds had been sown, it was quite daunting but turned out to be a great experience. With the closure of the restaurant looming the group moved the scope to Nobu Paris, Armani/Nobu in Milan followed by St. Moritz with a pre-season pop-up in the Baur au Lac Hotel in Zurich, Mykonos and finally Matsuhisa Athens. The eleven years with Nobu had been a giant learning curve working closely with Nobuyuki Matsuhisa himself on some of the openings, In Milan, Gorgio Armani was at the restaurant several times per week which proved to be essential to the business due to his professionalism, strong work ethic, and a genuinely caring attitude towards his staff members. Mark Edwards, the Nobu group executive was a pure inspiration as he was the head chef from the very beginning at Nobu Park Lane, he also organised twelve months with Jean Georges at Vong in Knightsbridge as part of a year out to learn different types of cuisine. Mark is a knowledgeable professional and a master of his craft. Cipriani restaurants headed by Giuseppe Cipriani was an opportunity to create a menu and work on more openings from Abu Dhabi to Ibiza, London, Monte Carlo and finally Miami over a four-year period. Throughout this period, the Cipriani family was incredibly hands-on with all projects and professional with a fine eye for detail. This also helped me to familiarise myself with Italian products and cooking techniques. In 2015, the Bulldozer group brought Novikov restaurant to Dubai, it is dedicated to serving world-class food in a stylish environment. With an impeccable record and history revolving around fresh products there are very few restaurants in my opinion that are like this here. In 2018 I began work and opened Novikov in Doha, Qatar. As well as cooking and training, I also managed the kitchen design, and tableware order, selected suppliers, assisted HR and chose the kitchen team. Novikov Doha is the first Novikov restaurant for the group operating without an alcohol license and all recipes had to be adjusted to the market, which was successfully completed. I completed the opening of Shanghai Me restaurant in Dubai, UAE in July 2019 finishing in October 2021.

In December 2021 I started the Mayabay project in Jumeirah Al Naseem with Orange Hospitality under the founder Omar Saideh which will open in May 2022.

Having done a tour of the hottest dining spots internationally, 2010 I found myself with the distinguished Cipriani restaurants over a four-year period, going from Abu Dhabi to Ibiza, London and Miami. You’re now the Head Chef at Mayabay, which has just arrived in Dubai. What’s it been like launching a new concept in Dubai and bringing such an iconic brand from overseas? For me, it is a very important time to venture into this project with Orange Hospitality. I feel blessed to have learned so much from my peers and the owner Omar. I have worked with many iconic brands before and each opening of course has a place in our memories. For me though, restaurants have the same formula, and we should always follow the basic principles, quite simply we must go to great lengths to create a home away from home, and to provide the highest quality of food and service meaning no less than 100 percent satisfaction for the guest. I feel incredibly fortunate to work with all of my team, they have shown immense spirit and great attention to detail in a hard-working environment. The team brings the restaurant to life. Talk us through the concept of Mayabay.

Well, absolutely the most beautiful restaurant I have been lucky enough to be a part of that’s for sure. The attention to detail makes the venue itself quite simply beautiful. First opened in 2005 in Monte Carlo, Maya- bay quickly gained its reputation as one of the most famous restaurants in Monaco. Mayabay Dubai will present an extensive menu of Asian favourites – from dim sums to Japanese tempura and sushi, Thai curries and salads and other more contemporary takes on the classics. Guests can also expect to enjoy special vegetarian and vegan-friendly options on the menu, as well as MayaMoki, Mayabay’s signature mochi line. Following in the footsteps of Mayabay Monaco and being Orange Hospitality’s fifth restaurant opening, Mayabay Dubai is set to quickly become a household name in Dubai’s thriving F&B scene.

How do you think the venue will differ from others in Dubai?

Mayabay is set to leave an impact on Dubai’s gastronomic scene – with a particular highlight on Thai and Japanese cuisines. With a myriad of Asian restaurants opening in the city, Mayabay stands out with a menu deeply rooted in Asian traditions. This, combined with the restaurant’s seamless ambience, unique bar programme, and buzzing atmosphere complete with an exciting live entertainment programme, Mayabay would be an exciting new addition to Jumeirah Al Naseem’s Turtle lagoon and its nightlife scene.

What are the hero dishes at Mayabay?

Some of our hero dishes include Maya Crispy Duck, because of the complexity of the whole process to prepare, the care and attention required and the history of the dish. Our Thai curries are also standout dishes because the homemade pastes have been developed for the Dubai market without losing their characteristics and retaining their authenticity. The spring rolls are simply for their flavour value and their crispy yet airy textures with sauces packed full of flavour. 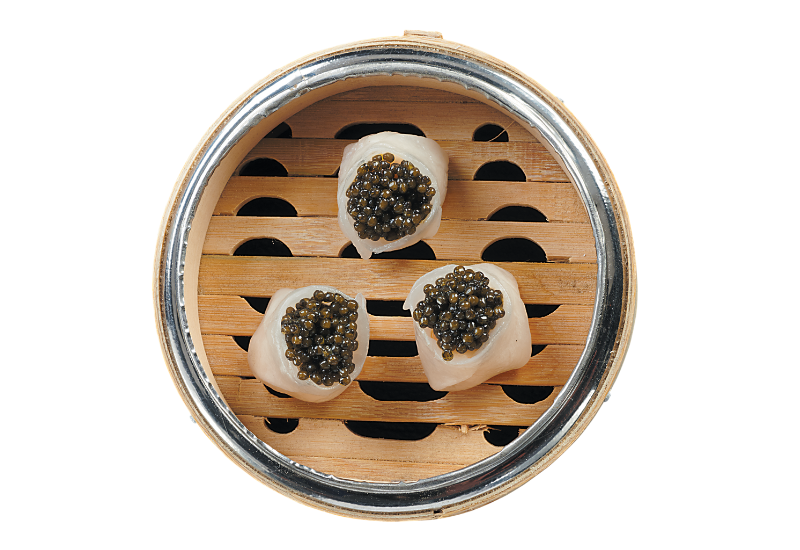 What sets the F&B industry in Dubai apart from the rest of the world?

I am fortunate enough to have been part of the Dubai F&B industry from 2008 with a very short visit for consultancy. There has been incredible growth since then of course but I would say that there are certain parallels that have been incredibly well developed to assist with the growth. The graphical location lends a hand in this, along with the diversity in ethnic backgrounds meaning it is rich in culture. The government authorities host festivities throughout the year attracting international people and organisations, and the world-class designed hotels are the most stunning on the planet. I could not imagine living anywhere else and experiencing what Dubai does.

What are your hopes for Mayabay in 2022?

Awards for the group and the team. I believe Orange Hospitality is making groundbreaking moves within the F&B industry.