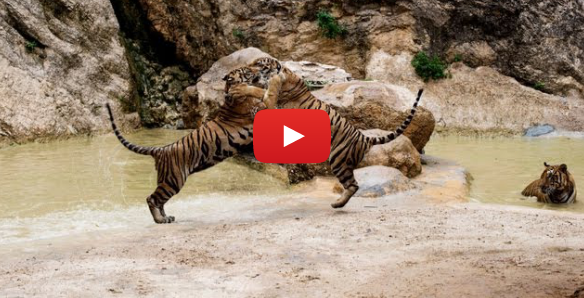 They’re pretty much brand new on the electronic music scene, but Rudimental is wasting no time. This London-based quartet have already got a set at Glastonbury under their belts and are looking to rock out the rest of the year at various festivals around Europe.

This track featuring another rising star, Foxes, is an uplifting mash of funk and drum ‘n bass with some beautiful heartfelt lyrics.

The video, filmed at the Tiger Temple in Thailand, is a charming story of triumph and courage.