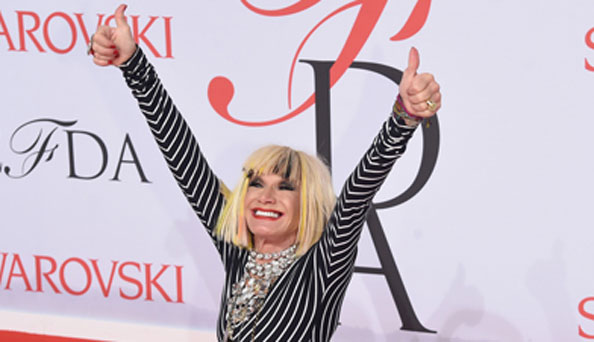 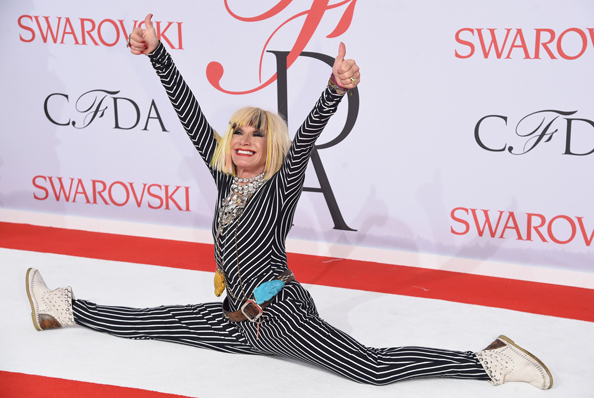 This #WomanCrushWednesday is all about fashion’s cartwheeling comeback kid Betsey Johnson, who was honoured with a lifetime achievement award by the CFDA this week and celebrated by dropping into the splits for the cameras. Naturally.

If ever a designer embodied the spirit of their creations, it was Betsey Johnson at this year’s CFDA Awards.

Johnson, who famously cartwheels along the catwalk to close runway shows filled with candy colours and popping prints, was honoured with the Geoffrey Beene Lifetime Achievement Award at the prestigious ceremony in New York on Monday night. When her name was called, the designer cartwheeled on to the stage to collect her award before effortlessly dropping into the splits.

Now seems a good time to remind ourselves that this incredible lady will turn 73 in August. 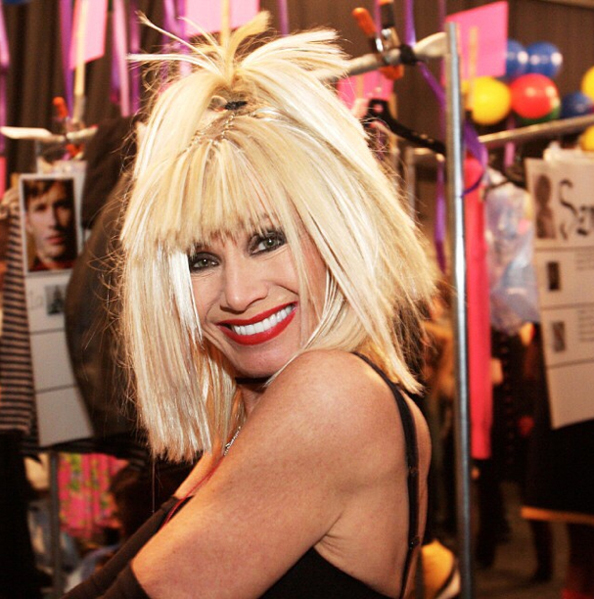 Punk princess: Johnson was honoured at this year’s CFDA awards

Johnson was presented with the award by Kelly Osborne at the ceremony on Monday night, where Mary-Kate and Ashley Olsen and Tom Ford also picked up trophies for their designs and musician Pharrell Williams received the Fashion Icon award from Kanye West.

The enduring punk princess, who became a part of the “youthquake” fashion movement back when she was partying with Andy Warhol and Edie Sedgwick in Manhattan in the 1960s, has weathered highs and lows over more than 40 years in the industry; from dressing Cyndi Lauper and The Velvet Underground, to starting her own label, to a brush with breast cancer and filing for bankruptcy in 2012. Still the joie de vivre that infuses her collections did not fade.

Nor did her determination to succeed. Three years after she was forced to file for bankruptcy, close stores and fire staff, she is presiding over a thriving e-commerce business, has her own reality TV show with her daughter Lulu, and is being feted by her fashion peers. Betsey could teach us all a thing or two about the power of a positive attitude – and a well-timed cartwheel.