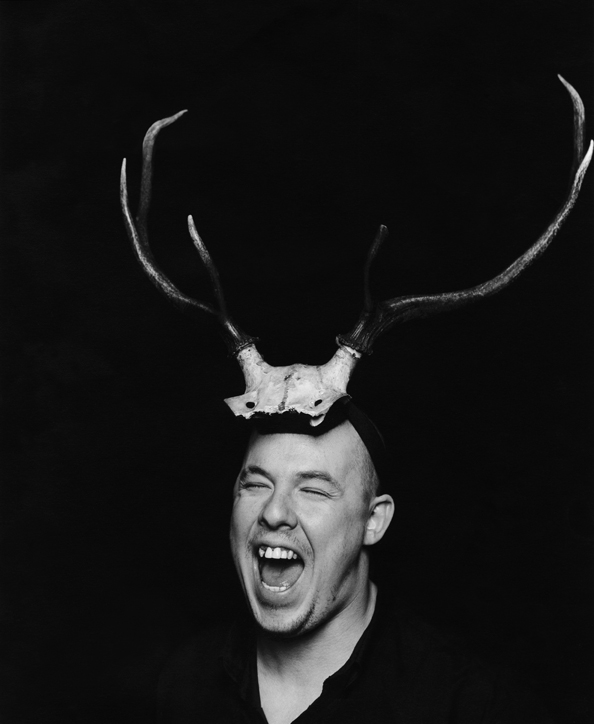 Unforgettable then and unforgettable now, Alexander McQueen’s legacy has continued to live on, five years after he sadly took his own life. Ahead of celebratory Savage Beauty exhibition at the V&A, which focuses on McQueen’s fledgling development as a designer in London, the Emirates Woman fashion team have written a few words each on what the indomitable designer meant to them…

“Lee McQueen left a huge vacuum on the London fashion industry; there was simply no other like him. He had a striking ability to understand the female body and play on it to epic proportions. His magical shows blew the world away – from breathtaking parachute coats to vast feathered wings – and his last collection (spring/summer 2010’s Plato’s Atlantis) saw the girls walking out in alien shoes and complex structural fabrics. Everything he did made an impact on the industry, such as low-slung jeans and frock coats, to the more recent digital, art which still holds strong in design houses and the high street today.

On a personal note, one thing that struck me with McQueen was the love behind his work. His job absorbed him and, as a result, the outcome was mind-blowing. He once said: ‘If you don’t have a passion for something, you shouldn’t be doing it in the first place.’ I wholeheartedly agree.”

“Growing up, Alexander McQueen made me feel that fashion was every bit as important as I had suspected. He was a pioneer and a pirate, pushing boundaries to make art, but also to make a statement. As much a visionary as a punk, he spent his career rebelling, creating, burning – a man who could simply not be held down. As such, his designs became almost transcendent. They straddled fashion and art, making you feel that this was so much more than just about clothes. He was one of the first designers to ever live stream his show (it crashed the SHOWstudio website), and to use installations to illicit gasps from the audience; a hologram Kate Moss, a robot spray-painting a pirouetting Shalom Harlow, and a naked, plus-sized model covered in moths and mimicking the controversial works of Joel-Peter Witkin. Of course, all this pales in comparison with my personal favourite story about Lee: that when working as a tailor on Savile Row, he sewed something extremely inappropriate into the lining of Prince Charles’ suit. The stuff of legend.

Aside from all the peripheral bells and whistles though, he was utterly, searingly brilliant, producing shows that could reduce you to tears with their visceral beauty. He was at once both refreshingly irreverent and serious as a heart attack, and a light went out in the industry when he died.”

“McQueen for me was an icon of an era, which included other incredible talents like Isabella Blow and Philip Treacy. At the time of his passing I was studying in London and remember how everyone at fashion school went into mourning. For someone who most of us had never met, he had influenced and inspired us collectively to be part of an industry he very much dominated for a long time.”

“My first ever designer piece was an Alexander McQueen skull scarf. When I was younger my friends and I became obsessed with everything he designed. In fact, I invested most of my student loan on his pieces. I owned everything from skull earrings to skull rings and those famous scarves in pretty much the whole rainbow. He was that cool, young, edgy designer that was never afraid to break boundaries – and his shows were something else. Anything with skulls on it now instantly makes me think of him, and I kick myself because I sold my whole collection on eBay before he passed away.” 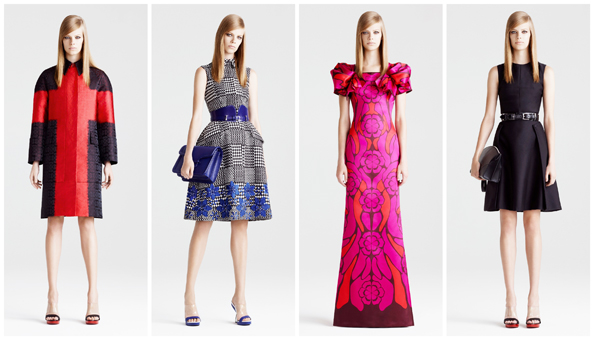 From March 14 to August 2, V&A gallery in London are celebrating the British legend with Savage Beauty, the only major retrospective in Europe showcasing the work of the visionary fashion designer Lee Alexander McQueen. The exhibition is based on Alexander McQueen: Savage Beauty, an exhibition organised by the Costume Institute at The Metropolitan Museum of Art, New York in 2011.

Other related Alexander McQueen activity in London include an exhibition of photographs by Nick Waplington showing Alexander McQueen’s working process at Tate Britain from March 10 – May 17.