Everything to know about the MB&F M.A.D.1 Red 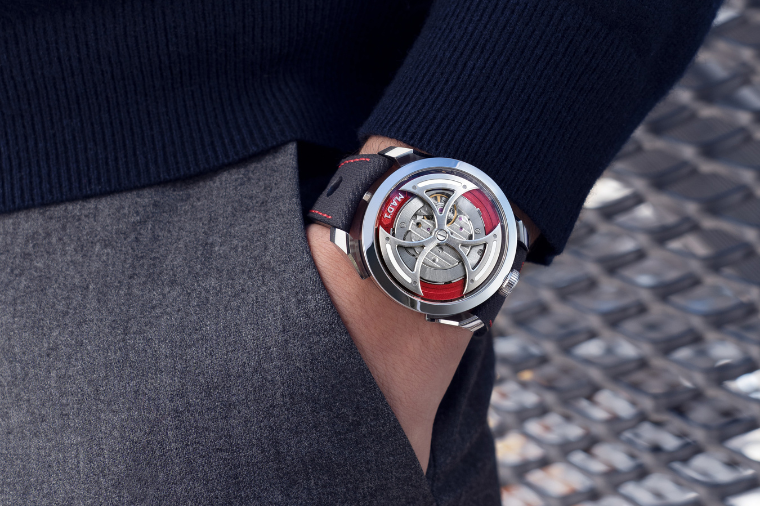 The world has indeed gone MAD.

Watches are now considered a better investment than gold, property and shares – second only to crypto, according to several analysts. What is going on, where did all of these new collectors come from and who are those who have driven up the prices of my favourite brands?

To be honest, I used to like the investment stat, and have used it to my own benefit when explaining to my wife another reason for buying a new timepiece. But now, as demand continues to soar, some of those brands have now priced me out. So, like many, I have cast my eyes elsewhere in the market. 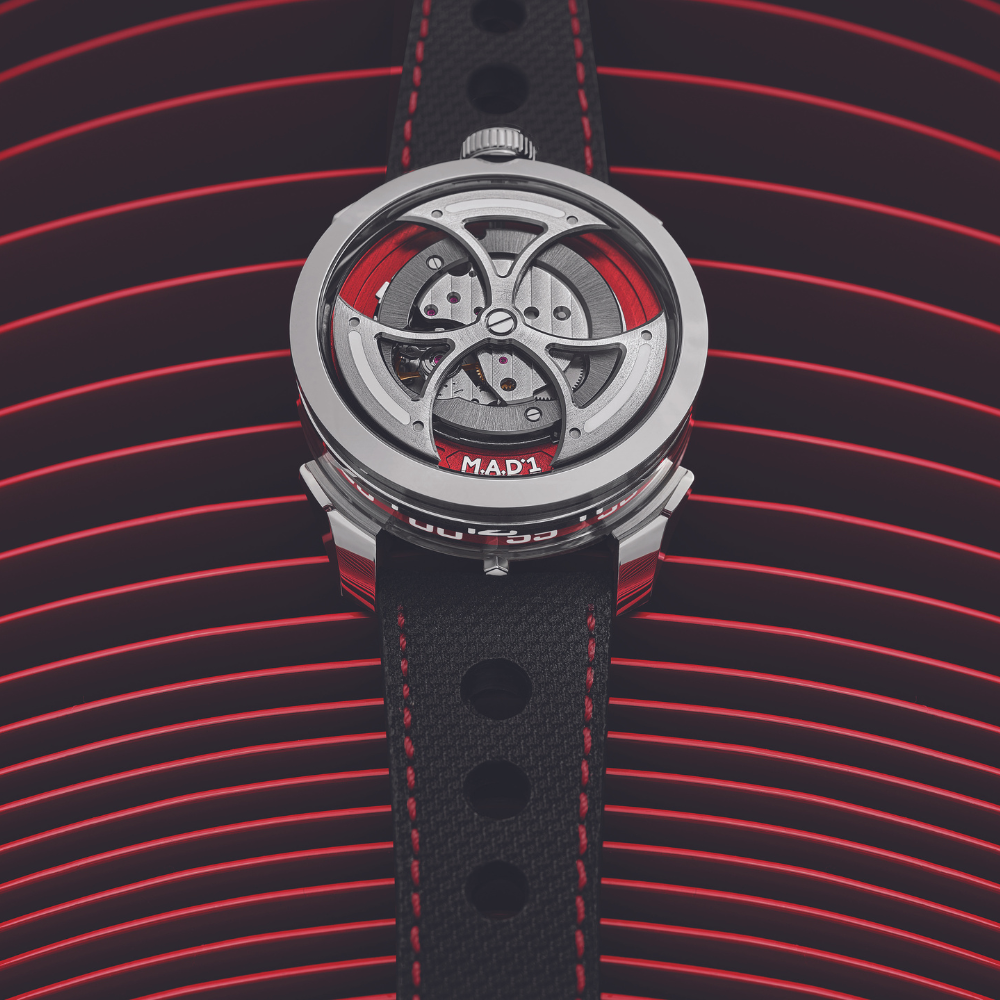 Revolution’s recent amazing collaboration with Zenith created a chance for us mere mortals to jump the retail waiting list and grab some Covergirl Lightweight history. Similarly, Bamford (the serial partner) has just launched two sell-out watches – a Snoopy watch with the Hodinkee team, and followed that a week later with the all-British affair of the Bremont S500 Bamford Special Edition with an ultra-cool sandwich/California dial that oozes blue lume.

Partnerships, one-off collections and maybe just the crazy idea of producing an affordable watch for your friends might be the solution. Whilst creating an entirely new brand in order to thank all of your friends doesn’t sound like the soundest of strategies, one man threw caution to the wind (not for the first time) and dipped his toe into Lake Geneva to see what would happen.

In June last year, Max Büsser and the team at MB&F presented a timepiece called “M.A.D.1”. It was billed as a more accessible timepiece that they created under a different brand, M.A.D.Editions. With a limited quantity they very kindly made the watch available to “The Friends”, meaning the suppliers who helped them along their journey in the creation of their MB&F machines; and to the members of “The Tribe”, the owners of MB&F machines: the patrons who have made their adventure possible. 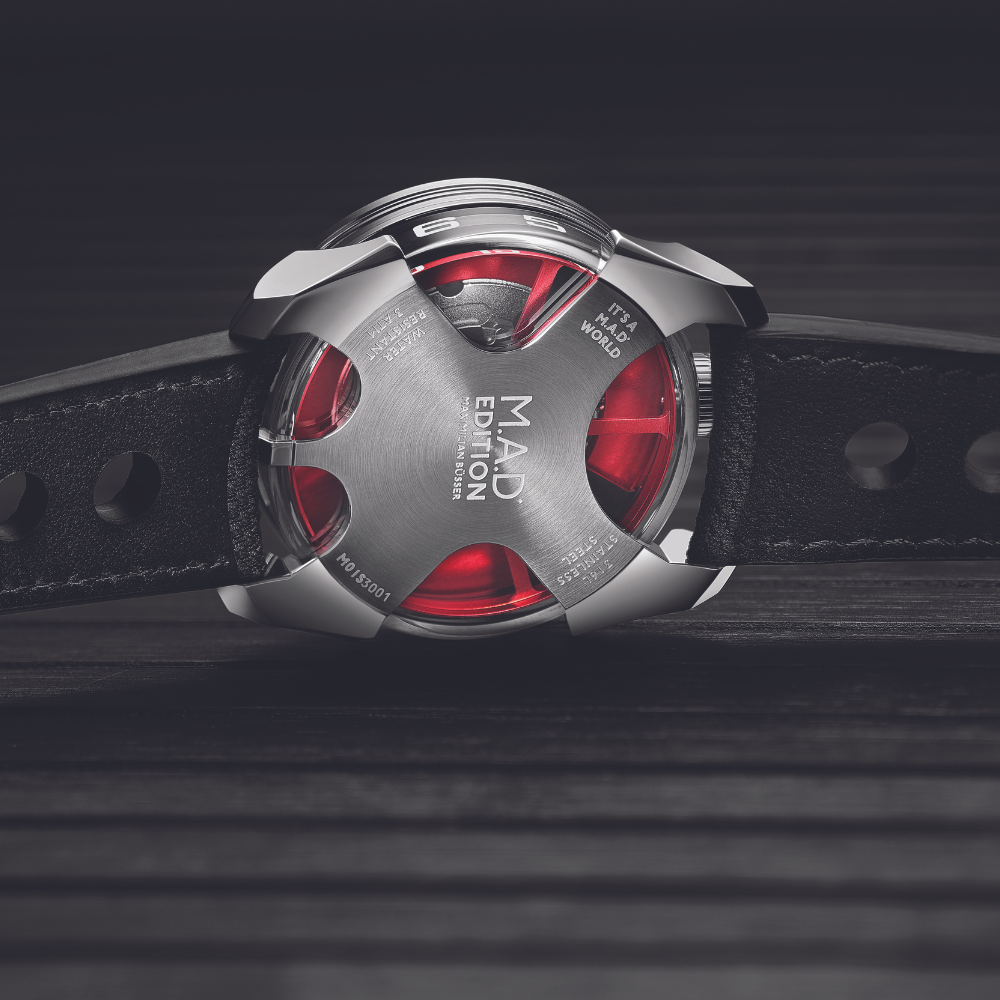 Such was the ‘mind-blowing’ reaction to M.A.D.1 that they soon realised they had created a problem for themselves and a brand-new brand. With thousands of people begging them for the M.A.D.1 they decided to do a second one. The second edition M.A.D.1 RED had a similar reaction to the first and was immediately snapped up by the many fans who had taken the time to contact them regarding the first edition.

The M.A.D.1 Red is on the same platform as the original with the lateral time display for hours and minutes. The upside-down modified Miyota movement is powered by the triple-blade winding rotor in titanium and tungsten. The Batman Blue Mais is out and replaced by Cherry Red, with a slightly slimmer bezel and a more traditional round crown. 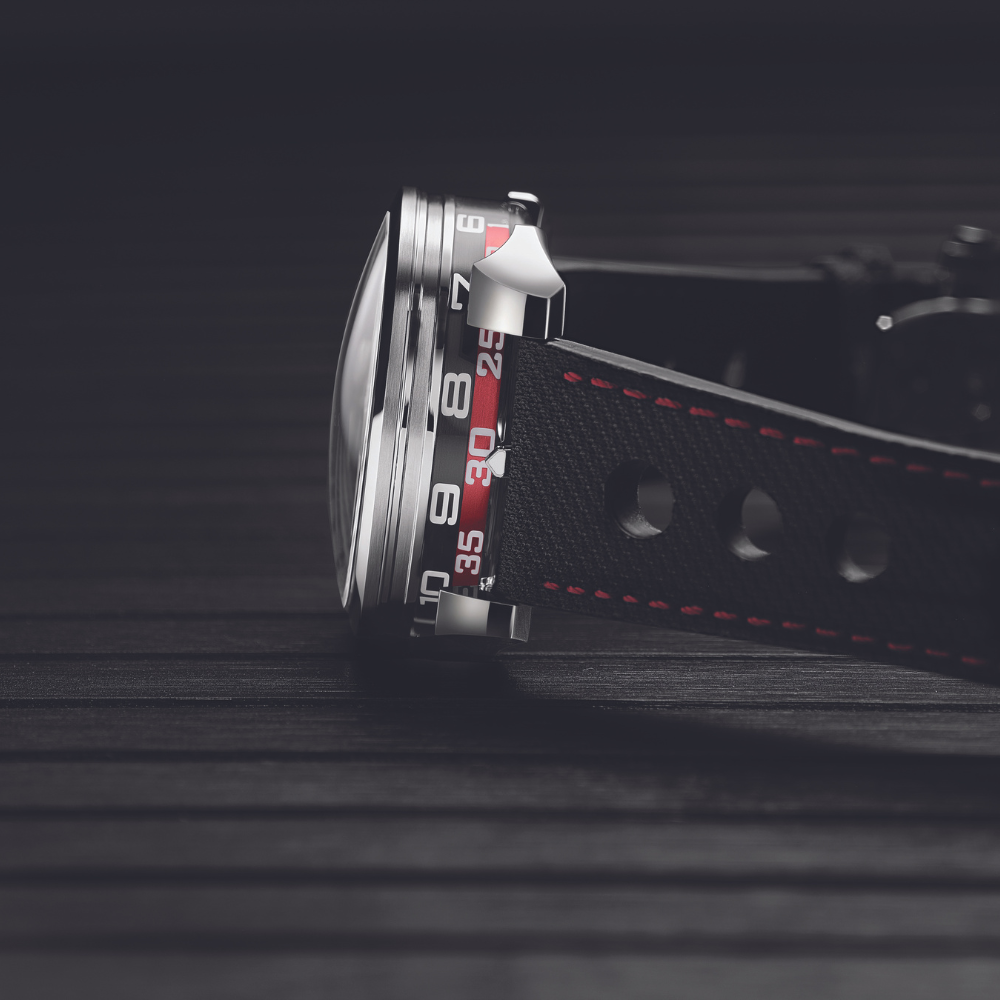 In addition to that, and to make it as fair as possible, an allocation of the run was also available through a lottery – which probably delivered the brand the most amazing database that they can now work with for future MAD Editions… #genius!

The watch is very cool and the best value talking piece in the world right now. I look forward to seeing and supporting a brand that is committed to providing something unique, affordable and available. My suggestion would be to write to them, and you will be on their radar for future MAD Editions.