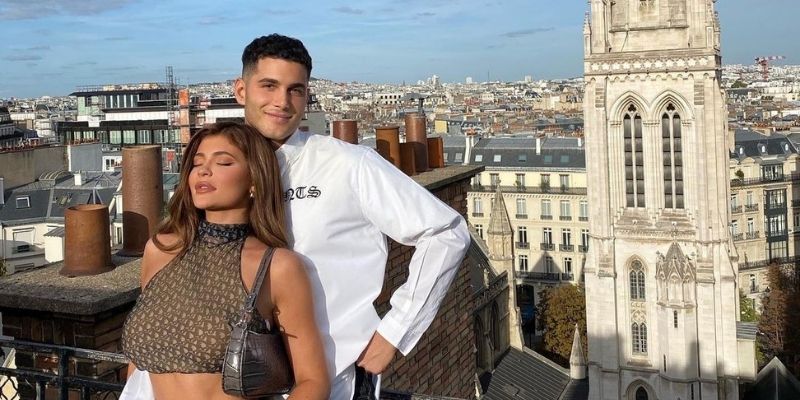 From being spotted in the limelight with several A-listers to being seen at several luxurious holidays, Fai Khadra’s popularity has increased over the years, especially after being seen more often with the Jenner sisters.

While Kylie and Fai have previously garnered attention for being a potential couple, as the duo spent a big part of their summer together in 2020 where they travelled together. However, it’s clear Fai is just a very close friend of both Kylie and Kendall, and is also regularly seen hanging out with other A-listers including Bella Hadid, Hailey Baldwin and many more.

With so many questions on who he is and where he’s come from, Emirates Woman has curated a list of all the facts you need to know about this noteworthy model.

While being born in Saudi Arabia, the model reportedly went to school here in Dubai and has Palestinian heritage. Having spent much of his childhood in Dubai, Fai always ensures his fans are aware of his Palestinian descent and roots. His mother owns an upscale lifestyle boutique in Saudi Arabia, which is quite popular.

Fai is a songwriter

From composing his own music to releasing his own tunes, this Palestinian model has also made a mark in the world of music with his passion for the art as he continues to make strides in this particular arena. He has written songs for the British singer Blood Orange and American singer-songwriter Justine Skye, with two of his own tracks on SoundCloud that date back to 2016. His Instagram bio also says, “In music we trust”.

His siblings are the twin DJs

In an image he took to Instagram, we see Fai happily posing with the famous DJ duo, SIMIHAZE, who is also known as Simi and Haze Khadra, his sisters. From being regulars at fashion shoes since the age of 14, they’ve garnered massive internet fame over the years, with a loyal fan base.

He has worked with an array of luxury fashion brands

From working with luxury brands in the industry such as Moncler, Louis Vuitton, Alexander Wang, Bulgari and many more, as Fai is known for his good looks and has gained traction as somewhat of a social media content creator.

From his Instagram, we can see he owns a gorgeous dalmatian, as he took a picture to the social media platform of him hugging his pet, with the caption ‘bb girl’ with another one posted back in 2019, with the caption “Happy 1 year to this not so lil [sic] one, dad + friends love you way too much.”

He was Kendall Jenner’s date to Justin Bieber’s wedding

By taking their fans by surprise, the supermodel shared a mirror selfie of Fai and herself on Instagram, where she clarified it with her followers in advance saying, “We don’t date he’s just my date.”

With an estimation of around $1.3 million (Dhs5 million) as per a report from idolnetworth.com, Fai has a following of over 2.3 million followers with a massively high overall net worth.