Eva Longoria Gets Engaged In Dubai 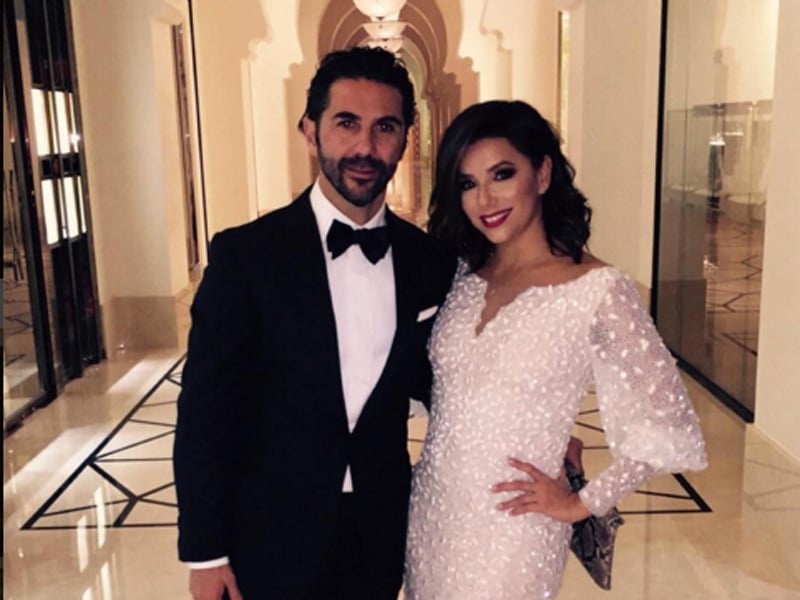 Desperate Housewives actress Eva Longoria is truly having a magical time in the UAE, after her boyfriend Jose Antonio Baston proposed to her in Dubai.

Last night the Latina actress shared the exciting news on her social media, posting an image of herself kissing the businessman – he is the Director and President of Television and Contents of Grupo Televisa SAB.

“Ummmm so this happened….#Engaged #Dubai #Happiness,” she wrote. In the photo the 40-year-old star can be seen wearing a shiny ruby rock on her lefthand ring finger. 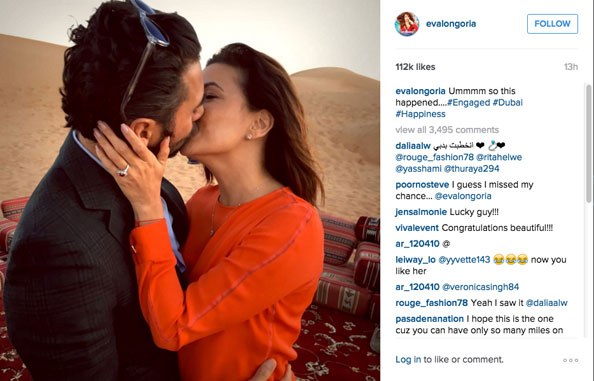 Related Story: How To Buy Diamonds In the UAE

The couple, who have been dating since 2013, have been in Dubai together for the 2015 Dubai International Film Festival where Eva hosted an annual Dubai Global Gift Gala dinner and auction in support of her Global Gift Foundation (a non-profit that helps create better lives for women, children, and families in need). 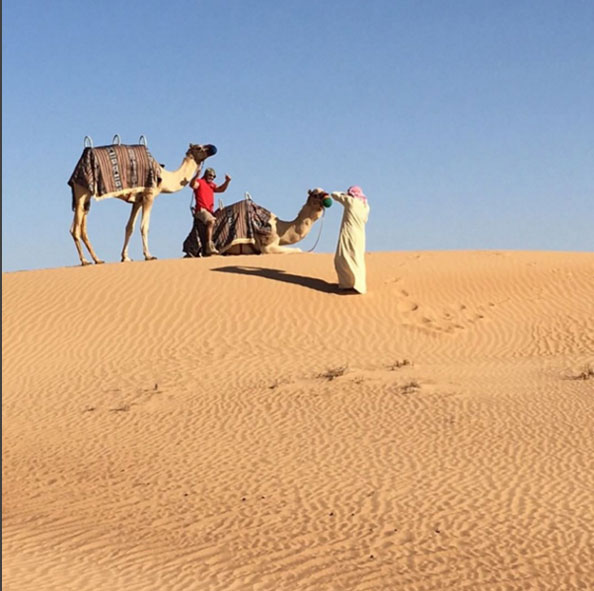 Eva and Jose take in the Dubai desert

The 47-year-old businessman proposed to the actress while making the most of Dubai’s natural scenery. According to Eva’s SnapChat, the couple had a luxe experience in the desert sitting on gorgeous red rugs and plush couches adorned with rose petals. They enjoyed a bubbly-fueled picnic as music played. The actress made a “sand angel” then the couple enjoyed a camel ride before Jose went down on one knee and popped the question. 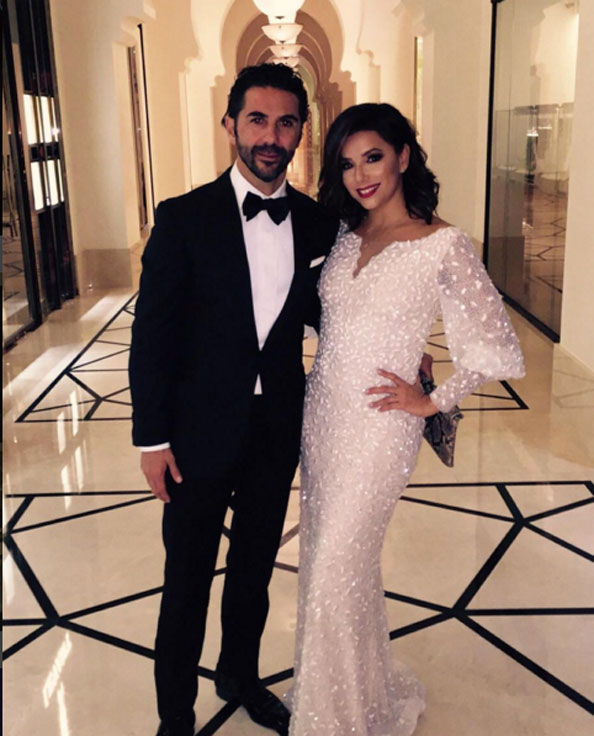 Eva and Jose at the gala dinner

This will be Eva’s third marriage. She was previously married to NBA player Tony Parker from 2007 to 2011, and General Hospital actor Tyler Christopher from 2002 to 2004.

Related Story: 10 Reasons To Wed In The UAE

Eva is head over heels in love with Jose, who she calls Pepe (a familiar nickname). As well as constantly gushing about his “handsomeness” on social media, a source has revealed that he is ever the gent to the TV star. “He’s been sweeping her off her feet and courting her like a proper gentleman,” said the insider.

We wish them both the best of luck. We wonder whether this means they will have a Dubai wedding…