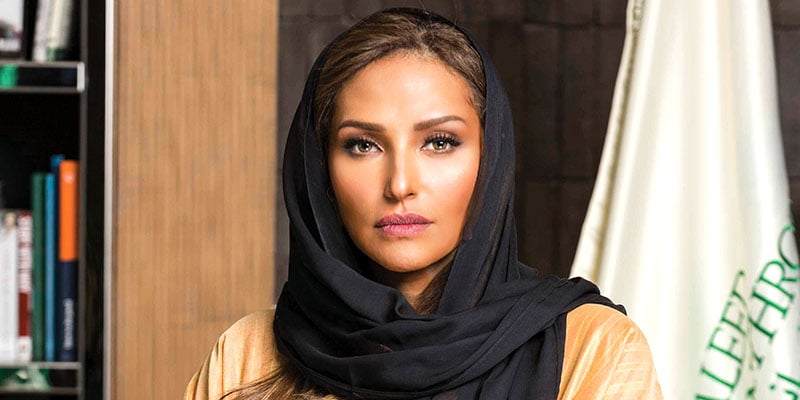 “If you are fortunate enough to have access to resources or a raised platform, it is your responsibility to support and empower those who are not as fortunate,” says Her Royal Highness Princess Lamia Bint Majid Al Saud, the daughter of the late Prince Majid bin Abdulaziz Al Saud of Saudi Arabia. Her Royal Highness has made it her life’s mission to help those who are less fortunate than her, which she believes is her duty due to the position she has been granted in life.

Initially starting a career in journalism after receiving her Bachelor of Arts degree in 2001 from Misr International University in Cairo, Princess Lamia found that through many inspiring stories she came across during her time as editor-in-chief at three publications that there was a bigger role she could play in the world. “I was constantly inspired by the people that I spoke to, I also noticed there were so many important stories not being told,” she tells Emirates Woman. “This led to the desire to play a larger role in shining a light on untold stories, especially when it came to empowering women and youth, as well as actively tackling social, cultural and economic challenges through my work in philanthropy.”

Harnessing this desire to help others, Her Royal Highness began working with Alwaleed Philanthropies – an organisation founded by His Royal Highness Prince Alwaleed bin Talal bin Abdulaziz Al Saud 40 years ago. Initially serving as the Executive Manager of Media & Communication, she was appointed Secretary-General of the organisation in 2016. Passionate about advocating for women’s empowerment both in Saudi Arabia and globally, in her role with Alwaleed Philanthropies, Princess Lamia has been able to lead and work on a whole host of impactful and fulfilling projects to help women and youth.

In a recent chat with Emirates Woman, Princess Lamia discussed her desire for change in the world; her philanthropic achievements; her work with Alwaleed; the path that led her to her work in philanthropy; and her hopes for the future.

How she began her path into her philanthropic work

The pandemic has been a prime example of the important role philanthropies play in tackling some of the world’s most pressing issues. I had seen the way that philanthropies brought people together to support the most vulnerable communities. Prior to joining Alwaleed Philanthropies, I had advocated for women empowerment across the region, especially through the publishing industry where I had been exposed to so many inspiring stories. I recognised the need to shine the light on the achievements and challenges that were often unnoticed, and I wanted to be directly involved in supporting and mentoring the next generation.

Why she wanted to help people

From a young age, my mother taught me the importance of speaking up for those who are vulnerable or disadvantaged. It was ingrained in me, that each and every one of us has a responsibility to lift each other up, whether that be with access to resources or platforms to empower the next generation.

Harnessing this passion, I have long advocated for women’s empowerment both globally and in Saudi Arabia. The more that I learned about the sector, I understood that the world we live in is a network and we cannot achieve an equal and tolerant world in silos. We need to collaborate to ensure long-term and sustainable change. We must invest in the development of our communities, the building of cross-cultural bridges and the empowerment of women and youth. Alwaleed Philanthropies has successfully contributed in these areas, as well as disaster relief, which made it an honour to be appointed as the Secretary-General and work on impactful and fulfilling projects. 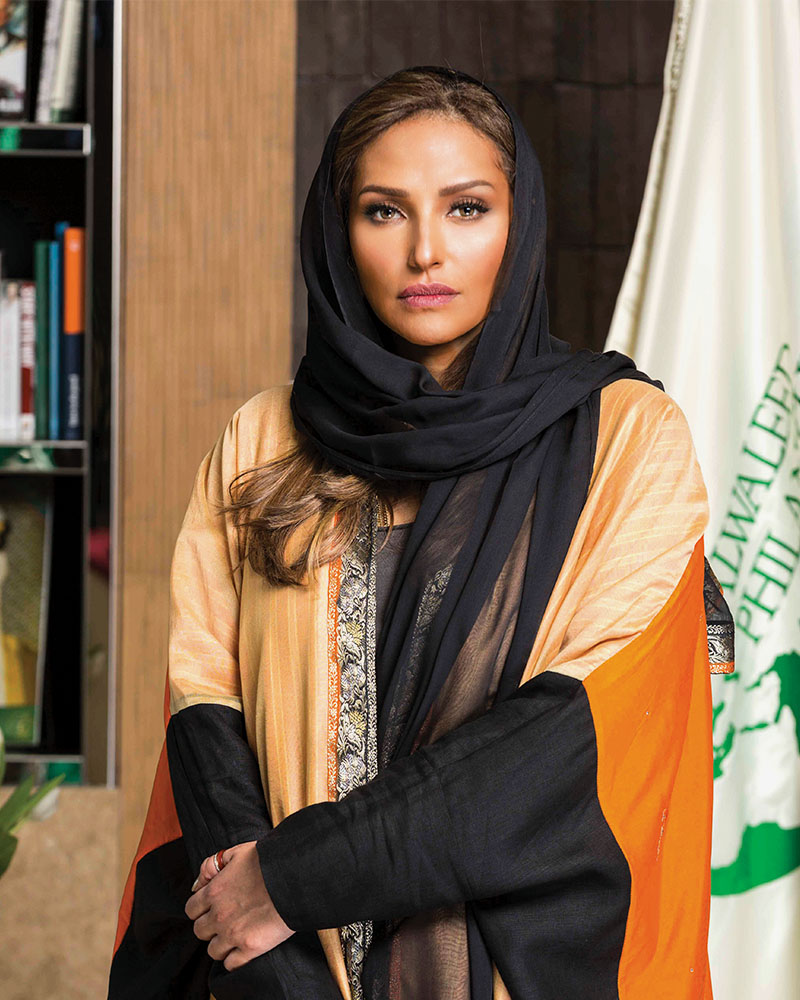 The philanthropic achievements of Alwaleed Philanthropies

I am incredibly proud of the work we do. This year marks our 40th anniversary. To date, we have initiated projects in more than 189 countries reaching more than one billion beneficiaries across the world.

In 2019, we completed the first nationwide study of female participation in Saudi Arabia’s economy and society. The study focused on the challenges facing women in terms of social, economic, health and educational experiences across the country. Through a partnership with the National Observatory for Women at King Saud University, the Kingdom’s General Authority for Statistics (GASTAT) and UN Women, the study highlighted barriers facing women and sought solutions to bridge the gender gap in the country. We are also determined to improve the quality of life for people in Saudi Arabia. In partnership with Careem, we have pledged 100 cars to the Careem Captainahs initiative as part of our efforts to support women to seek equal employment opportunities. We are also proud to improve the quality of life for people with lower body disabilities through the Harakia initiative to provide adapted cars to those in need.

Most recently, we allocated $30 million to tackle COVID-19 across the Middle East and Africa. We are determined to support vulnerable communities through diverse initiatives, from providing economic opportunities across Africa in partnership with the Islamic World Educational, Scientific and Cultural Organization (ICESCO) to ensuring adequate housing in areas of conflict with UN-Habitat and supporting a therapeutics accelerator with the Bill & Melinda Gates Foundation. Our diverse response highlights our mission to provide vital resources in times of need, while simultaneously empowering communities to ensure a stronger and healthier future.

Her own achievements within philanthropy

The biggest achievement for me is meeting the people who are directly impacted by our initiatives. Through our partnership with UNICEF, I was privileged to visit Laos for a vaccination drive where I met the children and families that would now be protected from preventable diseases. When you see the results of the projects that you work so hard to deliver, it fuels the passion and determination to continue supporting those in need.

Additionally, on both the local and global level, working with Turquoise Mountain has been very fulfilling. I understand the need to safeguard our traditions and heritage for the future. We have worked in Saudi Arabia, Afghanistan and Myanmar to champion local craftsmanship and empower women through greater economic independence. I believe that this opportunity not only lifts up participating women but gives them a voice to inspire future generations.

How things are changing for women in Saudi Arabia

Achieving equality for women is a global challenge, however, in Saudi Arabia I am proud to see female participation and empowerment holding a firm place in the government agenda and as part of Vision 2030. There are more and more opportunities opening up, from providing greater freedom of movement to launching the first women’s football league to boost participation in sports.

Importantly, I am glad to see a concerted effort to provide greater employment opportunities for women in the Kingdom. Most recently, it was announced that the country aims to provide one million jobs for Saudi Arabian women by 2030 as part of the reform plan. I believe that employment opportunities are vital to create a more equal world, where women garner greater independence. I have been fortunate to work on projects at Alwaleed Philanthropies that will help meet this goal. For example, we have offered training and employment programmes for female law graduates through our Waeya Legal initiative, as well as encouraging artisans, particularly women, with artistic, technical, and economic opportunities with Turquoise Mountain.

There is more to be done but I believe we are on the right track.

The next generation has inspired me with their dedication to tackling some of the world’s most pressing challenges. I have already seen how the youth of today has harnessed their passion and drive to shape the world we live in. My advice would be to take every opportunity that comes your way, whether big or small, you do not know who you will meet and where it will lead you. I would also urge youth to strive to have a positive impact on their local and global communities. Whether the humanitarian field or in the laboratory, each and every one of us has the potential to make real, lasting and meaningful change.

The challenges she has overcome

Changing perceptions of women and of the Middle East has always been a hurdle for us across the region. There needs to be greater participation and representation on both a global and local level. On one hand, we need to continue to address the barriers that women face, especially when it comes to tackling socio-cultural challenges and employment opportunities. We have made great strides, however, I believe we must continue to harness the power of women for a better future. When you invest in a woman’s health and empowerment, it has a ripple effect, helping families, communities, and countries achieve long-lasting benefits.

On the other hand, some of the challenges across the region are often exaggerated on a global scale. These cultural misunderstandings need to be overcome through greater cross-cultural collaboration. We have built bridges by promoting intercultural and interfaith dialogue within Prince Alwaleed Academic Centres located at leading universities across the world. This is a barrier that requires a long-term approach, by changing perceptions of both the Islamic and Western world. We are proud to be part of the conversation, and also, authentically portray the lives and experiences of people across the region.

The milestones she has reached in her career

Firstly, I am proud to have played a role in Alwaleed Philanthropies reaching one billion beneficiaries. It is a great accomplishment for the whole team, and we look forward to supporting more people in future. Secondly, it was an honour to be appointed as the UN-Habitat Regional Goodwill Ambassador for Arab States. It was a milestone for me to support the work of UN-Habitat through greater access to housing and reconstruction for vulnerable communities across the region.

Another achievement in my career was writing my novel, Children and Blood. I was glad to have been recognised within the literary field while also encouraging discussion around difficult socio-cultural issues in the Middle East.

What power means to her

Simply, I believe that power is mindset. If you believe you can do something, you have the power to do it.