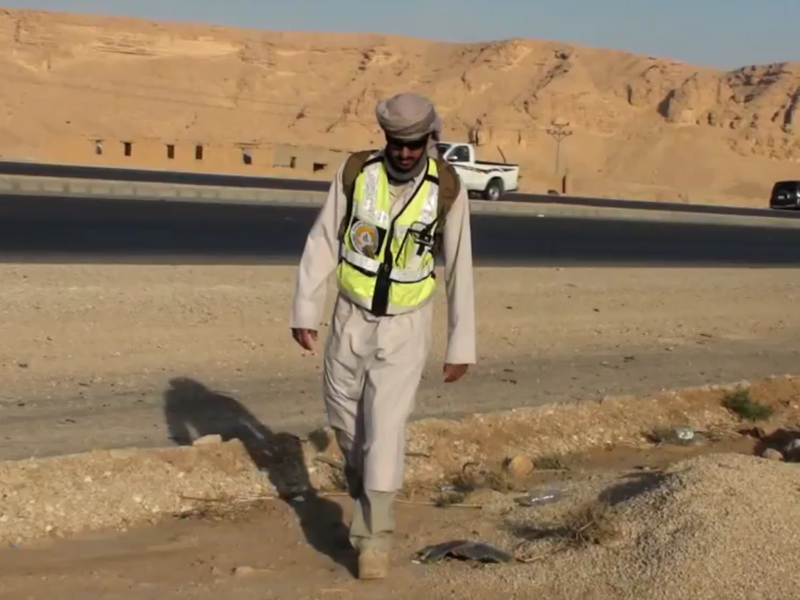 If you thought you lead an active lifestyle, Jalal Bin Thaneya has taken it to another level.

The 30-year-old Emirati is seeking to perform the fastest crossing of the UAE on foot in just seven days.

Why? To raise awareness for people with special needs, while simultaneously bagging himself a Guinness World Record.

Oh, and just to give you an idea of how long Jalal’s trek is going to be, it’s around 500+ kilometres.

Jalal reckons the journey through Abu Dhabi alone will take him about three days.

Terrain-wise, the UAE is not exactly the most forgiving, either.

Here’s a rough outline of the route that Jalal plans to take, starting from Ghweifat near the Saudi border and finishing on the Fujairah coast: 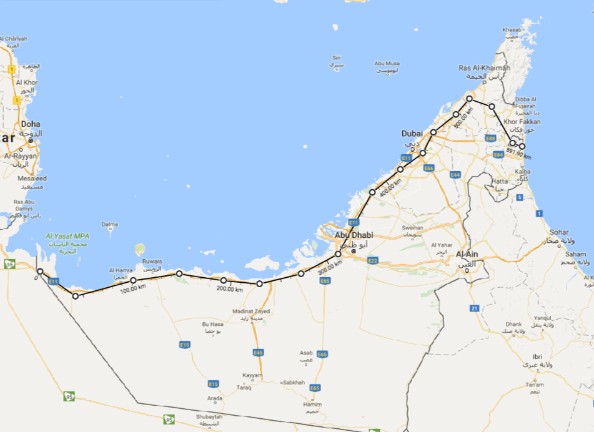 On his Twitter account, Jalal states that a typical day during the trek will consist of 90 to 100 kilometres of walking and jogging, with a rest for food and water at 10-kilometre intervals.

HOW IS HE TRAINING FOR THIS?

After a light breakfast, Jalal is up every morning at Kite Beach for a five-kilometre run, he told Gulf News.

Afterwards, he heads off to his day job as a quality and strategy officer at DP World.

When he finishes work at 3.30pm, it’s straight off to a Jumeirah gym for a workout.

At 8pm after prayers and dinner, Jalal goes for an hour-long walk.

Read:
Sheikh Mohammed Delights His Mini Me With A Surprise Visit
Princess Haya Personally Delivers Emergency Aid To Haiti
How Well Do You Know The UAE? Take This Quiz And Find Out
Top 10 Skills Wanted By UAE Employers And How To Get Them

Yes, he has. Almost exactly the same thing.

In 2007 at the age of 20, Jalal embarked on the 500-kilometre trek across the seven emirates in an awareness campaign for special needs.

However, this time he’s going for the world record.

Some of Jalal’s other feats include a 600–kilometre trek in 2009 from Dubai to the Empty Quarter near Liwa.

He has also completed a 2,000-kilometre walk from Abu Dhabi to Mecca, which garnered the attention of Vice President of the UAE and Ruler of Dubai, HH Sheikh Mohammed bin Rashid Al Maktoum.

Here’s a video of Jalal talking about his walk from Abu Dhabi to Mecca:

He also took part in the 2012 Summer Olympics via team Samsung as a torch bearer.

Oh, and he cycled 5,000 kilometres around the Gulf starting in Muscat, Oman and ending in Jeddah, Saudi Arabia.

Jalal after arriving at Mecca after his trek from Abu Dhabi.

WHEN IS THIS HAPPENING?

A start date has not yet been set for Jalal’s latest feat. He’s still looking for sponsors to help cover costs including support car rental costs, rations and running gear.