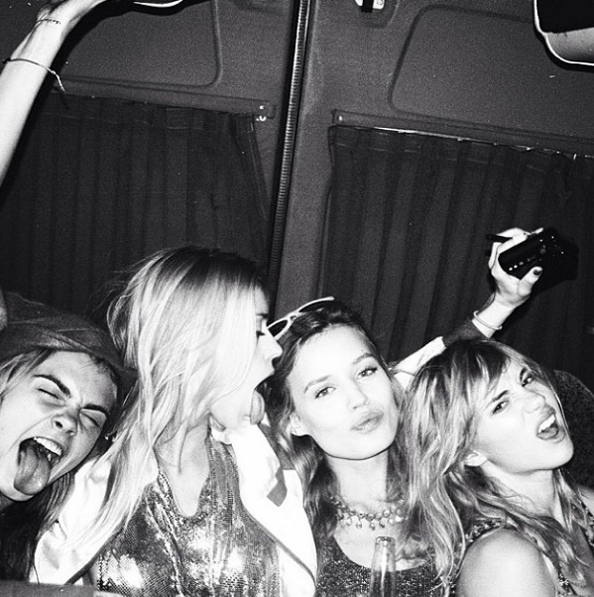 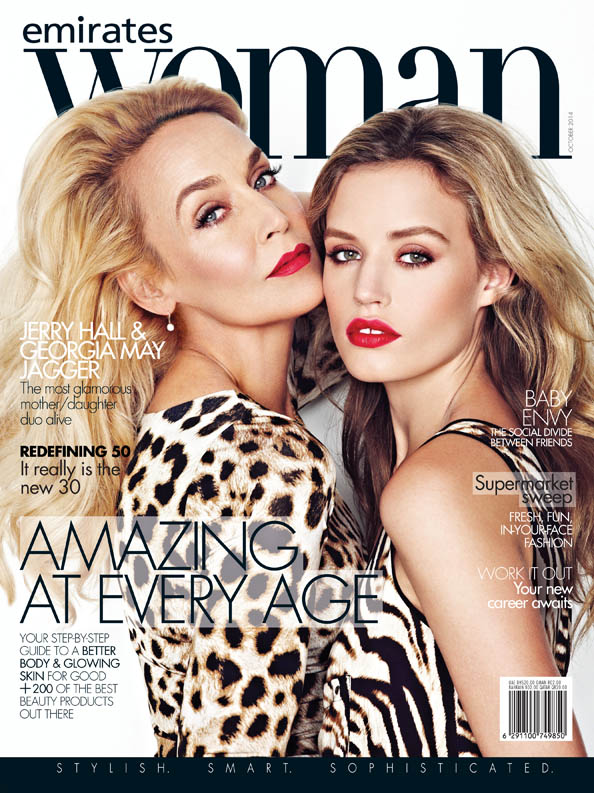 Gracing the cover of our Amazing At Every Age October 2104 issue is rock royalty Georgia May Jagger, the knockout progeny of one of pop culture’s coolest couples, who tells Emirates Woman that she has her mother Jerry Hall to thank for teaching her not to take fashion too seriously … discover what else is inside our latest issue.

She has the lips like Jagger and the hair that is so Hall: Georgia May Jagger couldn’t haven been a better representation of her rocker father (Mick Jagger) and model mother (Jerry Hall) even if she tried.

Having grown up at festivals with her Rolling Stone dad, British bad boy Mick Jagger, and having inherited her Texan mother’s supermodel looks, Georgia May has become the face of a new generation – one where the secret to being a top model lies beyond looks, there also has to be a personality something she has in abundance.

Her mother, Jerry, on the other hand, has proven that classic manners and graceful beauty (one void of OTT surgery) is also the key to longevity in the industry – hence why we the two gorgeous stars were perfect to grace our Amazing At Every Age cover. 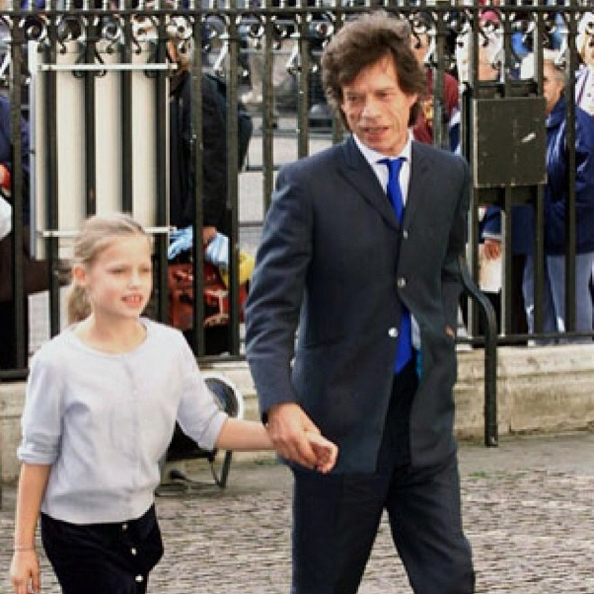 Georgia May Jagger with dad Mick

Here’s three things you didn’t know about Georgia May Jagger and Jerry Hall:

Jerry broke off her engagement to singer Brian Ferry to be with Mick Jagger.

Together with Kate Moss, Naomi Campbell and Lily Donaldson, Georgia May took part in the closing ceremony of the London 2012Olympic Games, representing British fashion.

Georgia, who is besties with Cara Delevingne, struggles with fame. On her first Vogue cover she said: “I still get a shock when I see myself. I’m like ‘Oh there I am on the cover of Vogue, I don’t really know what to do with that.’ I’m really embarrassed by the whole thing.”

Georgia May Jagger says about her bestie Cara (far left)

What you will learn from the October Issue:

How to achieve our career goals

How to kick start your fertility

How there are fashion tricks, tips and treats for every age 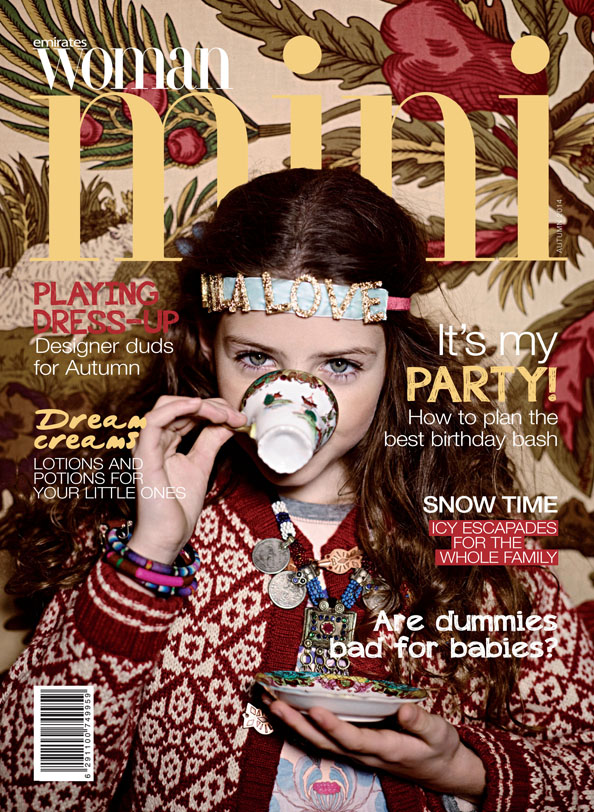 Free with the October 2014 issue

Also with the August issue is the Emirates Woman Mini – two mags for the price of one.