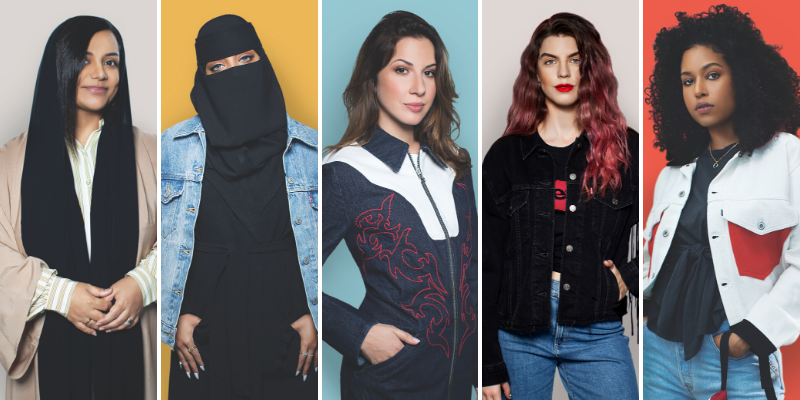 I shape my world with no boundaries

SPONSORED: In collaboration with Levi’s, we have explored the unique journeys of five remarkable women from the GCC region.

Amy Roko (not her real name) is a niqab-donning comedienne from Riyadh who has made it her mission to smash stereotypes about Arab women with her humorous posts. Dubai-based mountaineer Dolores Shelleh is the first Arab woman to scale Mount Everest from its toughest North Col terrain, Nāyla al-Khāja has been conquering cinema screens as the first female film director and producer from the United Arab Emirates, Omani photographer and DJ Fatma (Tumi) Al Bakry – aka @novemberus has become on the frontline of the content creation and music movement and finally, Elissa Freiha is a businesswoman who is the co-founder of Womena, a group which aims to support women by attracting angel investors to fund their start-ups.

These inspiring women perfectly fit the groundbreaking women feature in the Levi’s #ISHAPEMYWORLD campaign. It celebrates the stories of fearless women who have carved their own path and have been unstoppable in the face of obstacles, breaking restrictions and stereotypes to shape their own worlds. 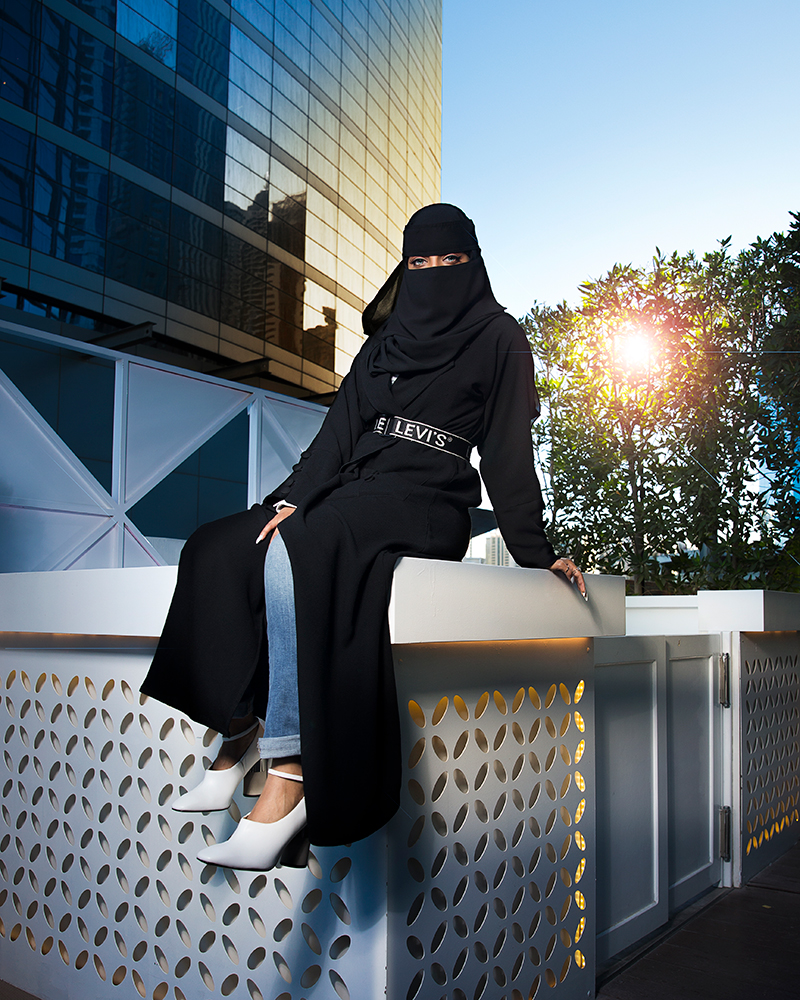 I started making content in University on Vine simply because I was bored and didn’t take myself too seriously (and I still don’t to be honest). One of the challenges were people didn’t really pay 100% attention to my content, their attention was focused on other things like a little bit of my arm showing or how thick my eyeliner was or how loud I am or how I have my nails done. I was never forced to dress like this so I want people to focus less on what us women are wearing and more on the fact that we can be funny, active, “Loud”, supportive, ambitious and so on. I really want to inspire women who struggle to make their own choices become their most authentic self. 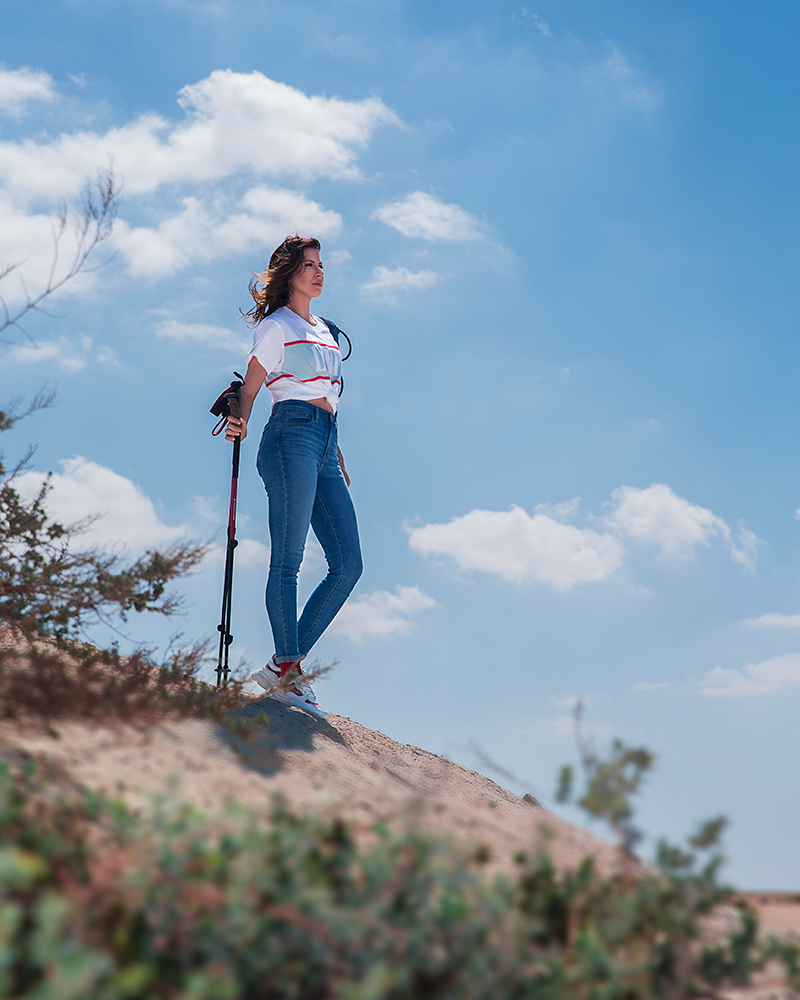 I wanted to take a new challenge and wanted to get out of the normal life. No one in my family has ever done anything like this. I had a calling that I want to be out there and explore the world and I never knew how I was going to feel about it but I still wanted to try it and to be honest, I was amazed at how passionate I was.

When I wanted to pursue my dream, people didn’t believe that I was going to do it because we didn’t have these kind of mountains in my country.  People told my family “she’s a female, she shouldn’t be in such places with so many strangers and challenges.” They didn’t see me as a person that could complete this challenge. With this achievement, I hope it will help women find their own dreams and push beyond their limitations to reach their full potential. 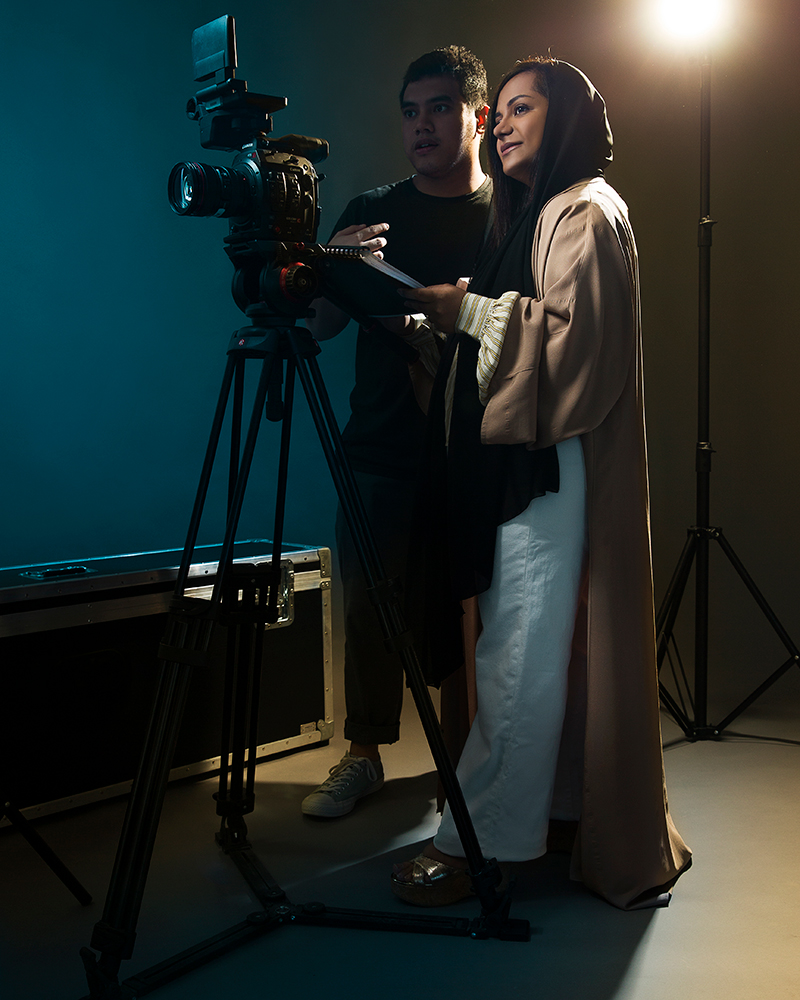 Growing up in Dubai, movies were not as accessible. My father who was a film collector, has exposed me to so many incredible foreign films. This has inspired me to create my first movie using an 8mm camera at the age of 16 in a pre-skyline Dubai. I always felt the need to highlight social and cultural taboos in my work and felt responsible for tackling issues related to child abuse, gender bias and mental health. Although I am proud to have earned the title of the first female Emirati director / producer, and was able to have my first feature film screenplay (Animal) presented during the Cannes Film Festival (France), I still think we have a long way to go considering there’s only 11 percent of published female directors globally. It is my mission to continue pushing the boundaries and social stigmas through storytelling. 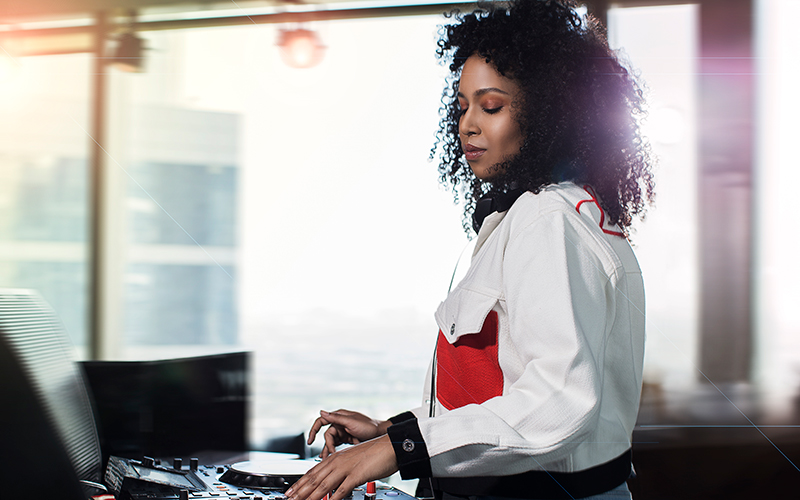 My challenges have definitely been that I’m a woman in a male dominated field. Not to mention the fact that I’m Arab, and Muslim as well as grew up in a city where the music scene was narrow. Becoming the first female Omani DJ didn’t come easy, and the first question I used to get was “Do your parents know you DJ?” . These social restrictions exist, but I don’t allow them to affect me. My mum has been my biggest supporter and I’m thankful for her and everything she’s pushed me to do. As long as I have one person in my corner I’m good, all it takes is one cheerleader to spark that trust in yourself. 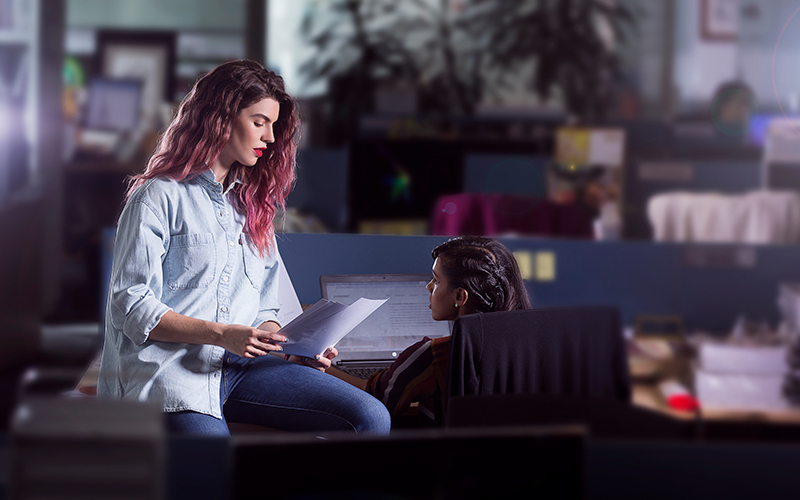 I use positivity to change perceptions of women, and women’s potential. I advocate for respect for women and celebrate their achievements in the face of adversity. Every human is deserving of respect, equal opportunity and rights – this is what drives me. Since the beginning I have had to prove and re-prove myself to those around me- so I decided to stop: Stop trying to prove anything to anyone and just live authentically and passionately. That was the best decision I have ever made, it led me back to purpose and creativity and that is what helped me create a complex business model that made Womena what it is today.

We do a lot at Womena: We’re a media company that creates original content around women change makers, we have our own acceleration program for women-led businesses called Womentum, and we have an exclusive online community of Womena*Bossladies. We do a lot because there’s a lot to be done,  and it’s about time someone do it.