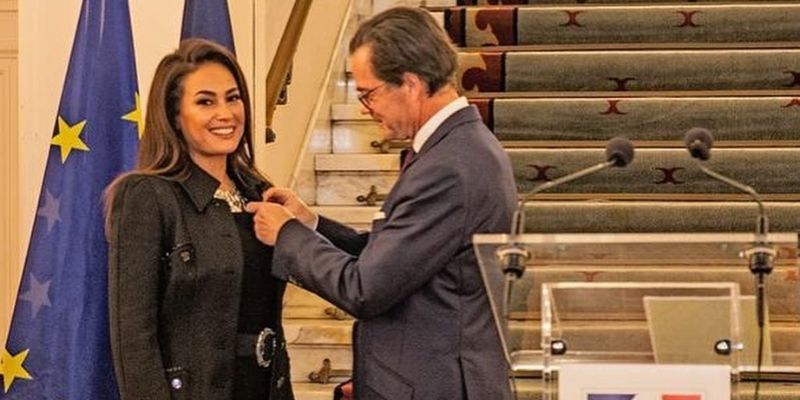 The Egyptian-Tunisian actress expressed her pride on Instagram at being bestowed with the honour.

“Proud to receive the French Order of Arts and Letters from the level of Chevalier to Officer, which I had received in 2014,” she said. “Thank you to the French government and to His Excellency Ambassador Stephane Romatet.”

While being a UN goodwill ambassador the World Food Programme, she’s managed to amp the notch regarding the outreach, while also having started her acting career in 1994, proving to be one of the most successful Arab actresses.

Meanwhile, Egyptian film-producer and screenwriter, Mohamed Hefzy, who has also been credited with 30 feature films in Egypt, the Arab world, the US and the UK is one of the names at the forefront of the film industry as they’ve also been played at festivals such as Cannes, Venice, Sundance, Toronto as he has also received, France’s Order of Arts and Letters.