Embrace a straight cut with the founder of Chaps & Co. 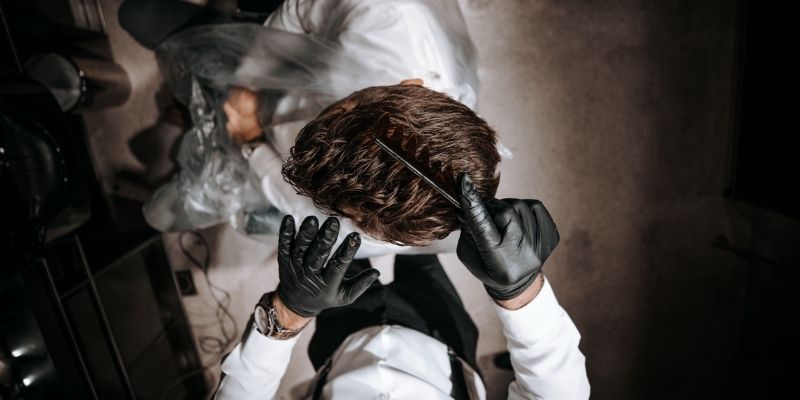 Unruly beards, sloppy mops of overgrown hair and blackhead-laden noses were not uncommon sights among several men during the forced lockdowns over the last year. For many forced to abandon their routine grooming ritual, the importance of barbershop couldn’t be understated. Just ask Jordan Davies, the founder of Chaps & Co, who witnessed a surge in customers rushing to its stores in Dubai shortly after they reopened post the lockdowns last March.

“We acquired a lot of new customers in the first six months after the lockdown. It included people who may not have otherwise wanted to spend the prices that we charge, but valued the hygiene aspect more than the price or the convenience of their local barbershop,” says Davies of Chaps & Co where a haircut and beard trim can set you back by Dhs180 and a facial by Dhs445.

But hygiene isn’t the only selling point that has made Chaps & Co a standout in Dubai. The barbershop with its signature dark wood-panelled, leather-trimmed décor and Takara Belmont chairs, aims to recreate an almost Gatsby-esque gentlemen’s club vibe that doesn’t reduce the experience of getting groomed to a mere necessity. “There were hundreds of barbershops in Dubai,” explains Davis of how the concept came into being. “But in the UK, and the whole of Western Europe, there’s been a massive growth of new era of barbershops, and that just wasn’t the case in Dubai or the Middle East. We felt that there was a gap in the market for this new era, premium-style barbershop.”

In 2015, the Dubai-based former executive at British American Tobacco who spent six years in the corporate world, including one in Jakarta as part of an international posting, decided to dive – mane first – into the grooming industry. “I was 26 at the time. No marriage, no kids. I think it was a case of me just taking probably a bigger risk than I would now,” offer Davies. Luckily, it paid off handsomely.

Davies began by poaching his own barber who worked at what he described was back then a “rundown barbershop” in JBR. Along with his partners, Mark Aitchison and Chris Browne, he got busy scouting locations, balancing budgets, organising pop-ups, and creating just enough noise in the market to announce its arrival. The learning curves though were steep for Davies and his partners, none of whom came from the grooming industry – Aitchison had a background in real estate and technology, while Browne worked previously for a defence contractor. “It took time to understand how the barber industry works in terms of recruitment. We didn’t have a brand, and neither did we have any experience in the industry. We were relying on the look and feel of our shops to be attractive to barbers and for the barber to be the mouthpiece of our business.” 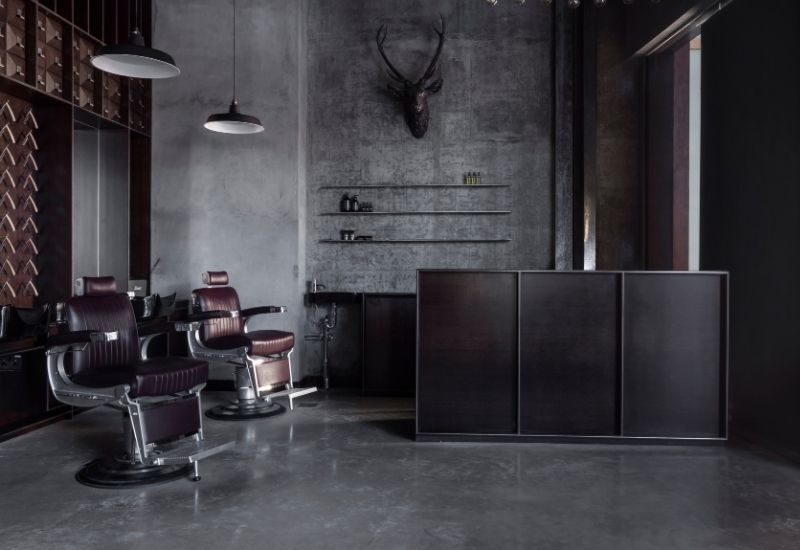 Making barbers the real rockstar of the show was a neat trick. When Chaps & Co opened their outpost in Dubai Design District (d3), they hired Dubai’s first female barber, Samantha Lloyd. “We intended to make a statement,” says Davies of the decision to recruit Lloyd. “We are not permitted to hire a female barber in all of the zones of Dubai.  The d3 freezone actually gave us their blessings and said that they thought it was a great idea.” Lloyd eventually moved on from Chaps & Co, although Davies says that the company has had a total of five female barbers since then, including two of whom are currently employed. “Both of them are based in d3. We’ve never not had a female barber there. A female barber has been integral to the atmosphere and environment in d3.”

The upcoming stores in Dubai will be small-medium sized shops. They’re likely to emulate the model in Reform Social & Grill, where a three-chair barbershop set-up is located within the restaurant itself. “It was the first Chaps Neighbourhood concept, which is a spin-off from the Chaps parent brand. It’s smaller and there’s no waiting area. But we’re allowed to serve alcohol because Reform is licensed.” 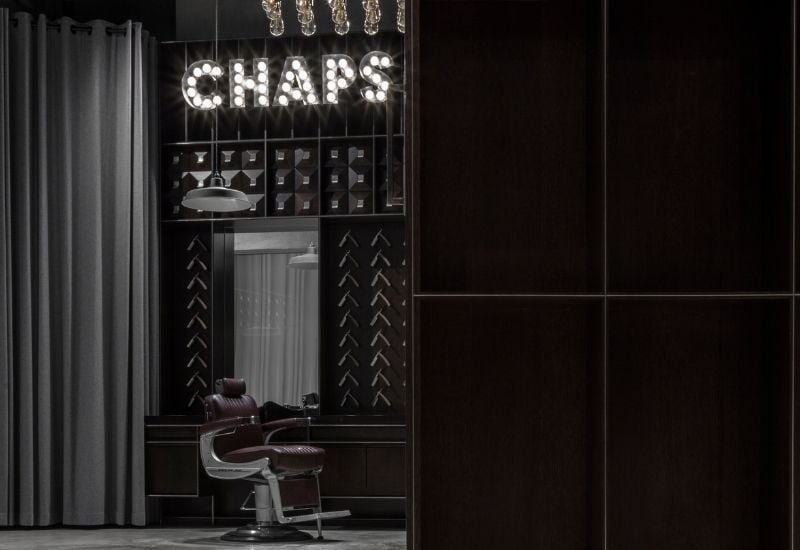 With the UAE market nearly reaching saturation, Chaps & Co have moved quickly to cast their net abroad. They are working with a local Saudi partner – who incidentally was a customer at the d3 unit – to open two stores in Riyadh this year. Davies says that the kingdom is where Dubai was five years ago in terms of men’s premium grooming spaces, and hence he sees major potential in other cities within the kingdom including Jeddah and Dammam.

When we speak, Davies is sitting in New York City, from where he is overseeing the opening of the first store in the US which will be located on Broadway, and which is scheduled to open this year too. Being based in the US has also allowed him to explore another avenue – manufacturing Chaps & Co branded grooming products.

While all its stores currently use top brands including Captain Fawcett, Uppercut and Gentlemen’s Tonic – the latter of which is used for all its facials, manicures and pedicure services – there is potential for Chaps & Co to debut its own line. “We’re working with a laboratory in Los Angeles to develop our own product line which should be on shelves by the end of this year. The five products are mainly to do with hair and will include shampoo, conditioner, matt paste, styling dust, and a sea salt spray.” Chaps & Co 2.0 is all set to roll.