Earlier this month actress and musician Zoë Kravitz revealed that she struggled with eating disorders from the age of 16 right through to her early twenties. While her revelation was brave, it unfortunately highlights an issue that is more common than then we think among adolescents, with new studies suggesting UAE-based teens are struggling with eating disorders and abnormal attitudes and behaviour towards food.

While there is limited research on eating disorders in the Arab world, studies conducted in the UAE from 2006 until today are starting to piece together a worrying trend of adolescents with abnormal self-image and eating habits as well as the potential to develop more serious and life-threatening eating disorders such as anorexia and bulimia.

The 2006 study, which surveyed 500 adolescent girls from UAE, revealed a quarter of them registered as above the clinical cut-off on the Eating Attitudes Test (EAT-40), with further investigation of the high-scorers revealing one clinical anorexia nervosa case and 24 sub-clinical cases. Those scores were also significantly higher than those correlated with disordered eating in Western cultures (Eapen, Mabroul, & Othman, 2006).

A 2013 study at the American University of Sharjah surveyed 361 undergraduate students (of which 284 were females and 77 male) to measure the relationship between “symptoms of eating pathology, body dissatisfaction and depression”. The results were startling: three-quarters of the students indicated they were dissatisfied with their bodies and a fifth of them scored above the clinical cut-off for the eating pathology scale (Schulte, Thomas, 2013). The results were not much of an improvement on a similar, but all-female, study conducted in 2010 at Zayed University where researchers concluded that almost a quarter of students registered disordered eating attitudes and three-quarters feeling dissatisfied with their body shape (Thomas, Khan, Abdulrahman, 2010). 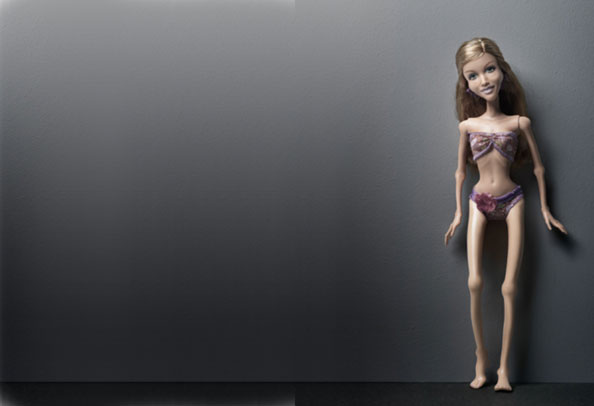 Another study brings home the fact that this is an issue affecting both male and females. The most recent study from 2014 concluded that male adolescents living in the UAE had a high proportion (33.1 per cent to 49.1 per cent) of disordered eating attitudes (Abdulrahman, Musaiger, Al-Manni, & Al-Lalla, 2014).

Researchers have several theories about these high numbers in the UAE, many of which are directly related to concepts of rapid socio-economic growth (affluent lifestyles), global consumer culture and the adoption of ‘Western’ high calorie diets, sedentary lifestyles and a cultural preoccupation with the slender body as an ideal female form and a muscular body as a male benchmark.

The good news is that these recorded abnormal eating attitudes do not necessarily translate into actual cases of eating disorders such as anorexia or bulimia nervosa, however they “are still likely to be associated with various diet related health problems. The early identification of such attitudes and behaviours is undoubtedly a worthwhile goal in the context of illness prevention” (Thomas et al, 2010).

There are several enduring misconceptions about anorexia and bulimia nervosa. Dr. Thoraiya Kanafani, Clinical Psychologist and Director of Clinical Services at the Human Relations Institute and Clinics (HRIC) in Dubai gives some clarification on the two disorders:

“Anorexia nervosa is a type of eating disorder that involves the restriction of food intake leading to less than 85 per cent of body weight in the context of age, sex, developmental trajectory, and physical health. It also involves an intense fear of gaining weight or of becoming fat. There are two types of anorexia nervosa: restricting type and binge-eating/purging type. With the restricting type of anorexia, an individual primarily achieves weight loss through dieting, fasting, and/or excessive exercise. With the binge-eating/purging type, the individual engages in recurrent episodes of binge eating or purging behavior.”

“Bulimia nervosa is a type of eating disorder that involves the recurrent episodes of binge eating. Binge eating is characterised by eating, in a discrete period of time, an amount of food that is significantly larger than what most people would eat and a feeling of lack of control over eating during that episode. Bulimia also involves recurrent inappropriate compensatory behaviours in order to prevent weight gain. These compensatory behaviours can be self-induced vomiting, misuse of laxatives, diuretics, or other medications, fasting, or excessive exercise.”

According to the British charity Beat, there is no single cause of eating disorders. They can affect anyone, male or female and it is a combination of different factors including genetic, psychological, environmental, social and biological influences. Several risk factors need to combine to increase the chance of developing the condition. Dr. Thoraiya Kanafani reiterated the large role that social pressure plays, saying: “Parents, friends, or partners can cause pressure for a person to watch their weight and obsess about the way they look.”

If you think you may know someone with an eating disorder look out for these signs: change in food preference, avoiding social eating, obsessive body checking and or weighing, wearing baggier clothes to conceal weightloss, feeling faint or fatigued and a preoccupation with calories or body image. If the person displays some or all of these traits it is important to raise the subject with them, however it is important to take note of the following guidelines by Dr. Kanafani:

“Do not discuss what they look like. Instead, focus on feelings and relationships. Provide concrete examples of times where their eating behaviours were worrisome. Express concern for their health. Avoid placing blame, criticising, or judging their previous eating behaviour. Remember that people suffering from eating disorders like to feel like they are in control and demanding or forcing will only make things worse. Avoid simplifying the problem and accusing them of not being responsible. Address the complexity of the issue and what the concerns are. Help the person increase self-esteem, confidence, and self-worth through praise, encouragement, and support. Educate them about the reality of the unrealistic perceptions of beauty in the media. Furthermore, discuss the myths of ‘good’ and ‘bad’ food and teach them the truth about health and the consequences on a person’s body if they are not healthy.”