The Duke isn’t returning to Bridgerton, here’s how his absence will be explained 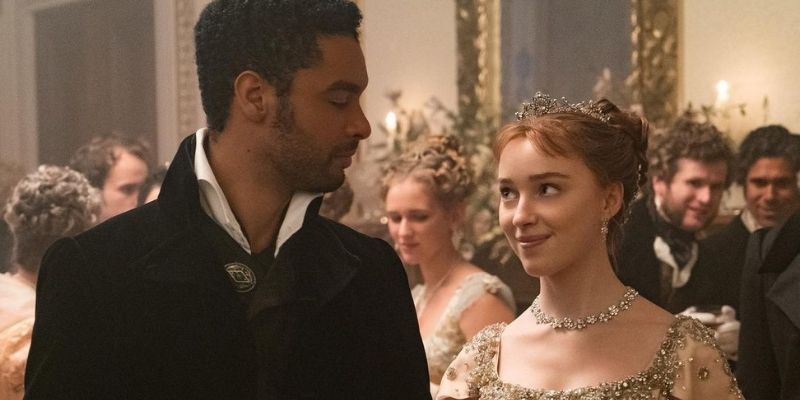 Many fans of Netflix’s Bridgerton were disappointed to hear that Regé-Jean Page would not feature in season two of the hit show.

However, in a recent interview with The Wrap, Phoebe Dynevor, who plays the role of Daphne Bridgerton, gave an insight into the on-screen couple’s future within the series.

Avid Bridgerton enthusiasts will be aware that the second series will focus on Daphne’s brother, Anthony Bridgerton, who is played by Jonathan Bailey.

The focal point of the period drama will switch from Daphne and Simon’s love story, explaining why Page has departed from the cast. Instead, fans will follow Anthony Bridgerton in his quest to find love and a family.

In relation to the appearance of the Duke of Hastings, Dynevor teased, “I think he’ll definitely be referred to a lot. I think we’ll see the baby.” This suggests that the Duke will still play an active role in the second series, even if he doesn’t grace our screens.

“And we’ll just focus more on her relationship with the Bridgerton family,” Dynevor added, when discussing Daphne’s role in the upcoming series.

Netflix has confirmed that Bridgerton has been renewed for another four seasons, with a focus on a different Bridgerton sibling in each season. This is assumed because Julia Quinn, the author of the novels that inspired Bridgerton, used this course when writing them.

Alongside this, Netflix has also confirmed a spin-off focusing on Queen Charlotte, so there’s plenty nineteenth-century watching to come in the future.

Can’t wait until the new series to be released? Take a look below at a few things we know so far about the trajectory of the next few seasons.

Taking inspiration from Julia Quinn’s novel The Viscount Who Loved Me, Anthony is set to find the perfect wife but becomes distracted by her older sister, Kate. Quinn had one request for the season, a scene where Anthony and Kate play Pall Mall (essentially croquet) which is featured in the novel.

When asked about his character, Bailey said, “Hopefully, Anthony is someone who’s gonna make people realize that some men just don’t have what it takes.”

He continued, “He means so well and he’s got such a good heart and he loves his family and once I fell in love with him and realized that he meant well, that means that you can really push the boundaries as to how unfair and toxic he can be to his lovers and to his sisters and to his mother.”

The second series will also introduce Kate Sharma to Bridgerton. Played by Simone Ashley, who is well known for her role in Sex Education, Kate will play the leading lady in the new series alongside Anthony.

When asked about her role in the upcoming series, Ashley said, “Kate is equal parts headstrong and whip-smart. Her sharp wit and independent nature make her a singular force on the 1814 marriage mart, where she hopes to secure a love match for her younger sister, Edwina.”

There will also be an introduction of a new character not known from the books. Calam Lynch is set to play Theo Sharpe who is “a hardworking printer’s assistant” and “an intellectual who fights for the rights of all.”

If the trajectory continues, season three will focus on Benedict Bridgerton

Although we already know that Penelope is Lady Whistledown, Claudia Jessie, who plays Eloise, Penelope’s best friend, is “gonna find out it’s her best mate… carnage.”

Will there be a season 5?

Quinn wrote a total of eight novels, one for each of the Bridgerton children. Netflix has only renewed Bridgerton until season 4, so we’ll just have to wait and see on this one.