The crowds roared with delight, the night sky was lit with a plethora of colours from the specular Burj Khalifa fireworks and the world looked on with excited awe – last night Dubai was named the deserved winner of the Expo 2020, a proud testament to how far it has grown in just 42 years.

Bringing a close to two years of hard work and planning, Dubai beat fellow contenders Izmir, Turkey, Ekaterinburg, Russia, and Sao Paulo, Brazil, to be awarded the Expo 2020 at the general assembly of the Bureau International des Expositions in Paris.

In her rousing speech to the assembly, Reem Al Hashemi, the Minister of State and Managing Director of the Dubai World Expo 2020 bid committee, said: “We began this journey recognising that we were here to listen and learn and to formulate together what our collective future could be… I hope that in this journey you have also come to understand us better, to trust that we will always strive for quality, excellence and respect, that we will remain consistent and determined to deliver an inclusive and engaging Expo.”

At 7.46pm last night Dubai went through to the third and final round where it faced off Ekaterinburg. At 8.35pm a celebratory scene erupted when Dubai was announced the winner. Dubai’s landslide victory marks the first time in over 150 years that a city in the Middle East and North Africa region will stage the prestigious event. 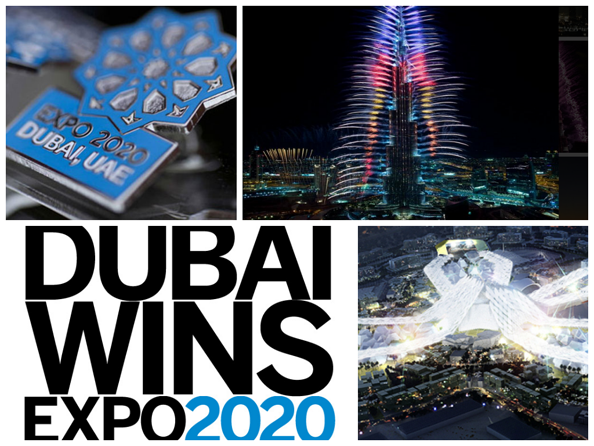 His Highness Sheikh Mohammed Bin Rashid Al Maktoum, Vice President and Prime Minister of the UAE and Ruler of Dubai, said: “Today, we have two reasons to celebrate. The UAE’s epic win to host the world’s most prestigious fair adds to our joy of celebrating the 42nd National Day of our beloved country. It is by the unwavering efforts of the leadership and the people of the UAE that this aspiration became reality.”

So, happens now that we have the Expo 2020. We answer your questions below:

An Expo is a large international exhibition and fair. London’s Great Exhibition in 1851 inaugurated World Expos as the hallmark events for showcasing technological wonders, international marvels and connecting the world. Today, it is still a key meeting point for the global community to share innovations and discuss issues of international importance such as the global economy and sustainable development.

Past World Expos saw inventions and iconic designs including the Eiffel Tower, the telephone, ice cream and even tomato ketchup. The expo attracts millions of visitors and will stage exhibitions as well as cultural events.

However, while it means more people to the region, transport won’t be a problem. In fact, the Dubai Metro is extending a purple line that will run to the Expo site, while cable cars, a tram and more bus services are being planned. 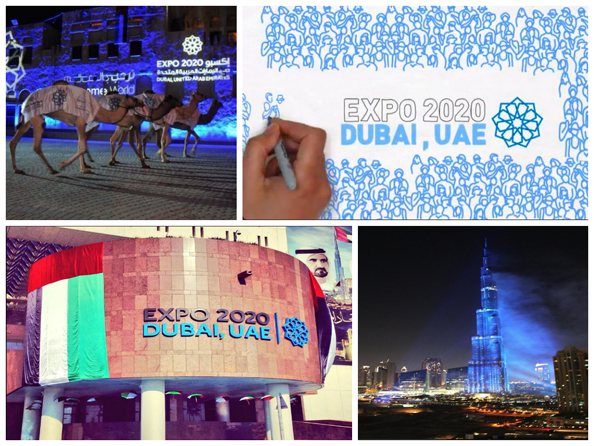 What will the Expo bring to the UAE?

According expo2020dubai.ae, the Expo will bring more jobs and money into the region: “World Expo is a catalyst for economic, cultural and social transformation and generates important legacies for the host city and nation. For instance, Shanghai 2010 World Expo helped transform a heavily industrial city-centre area into a thriving cultural and commercial district.”

John Bailey, financial planner at Acuma Independent Financial Advice, said in an interview with Gulf Business : “A well-documented U$8.4 billion infrastructure spend in the region will be required to bring the emirate up to the standards required to host the event.

“Whilst this has been on the radar for some time, it will now be accelerated as projects begin all over the region and the shape of the landscape changes literally as quickly as the sand it is built on. Not only does this ensure the best possible story for sustained economic growth in the region, but also leaves the legacy of better parks, shopping, road and transport links for generations to come.” 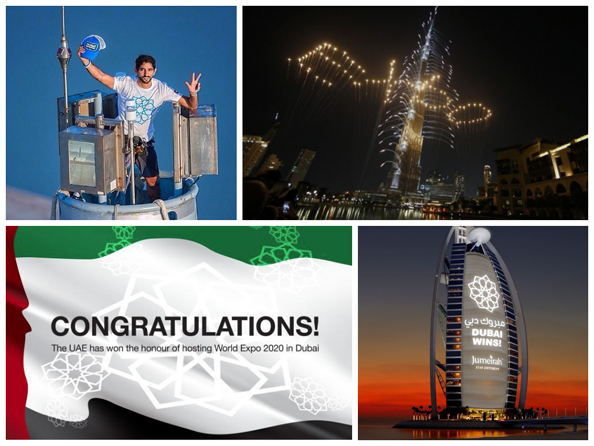 What will it mean to UAE residents?

According to The National, a recent survey suggested more than 99 per cent of the population, including expatriates and nationals, supported the bid. However, we might see our purse strings tightening a little more as with the Expo come higher rents and greater expenses.

But in his interview with Gulf Business, John Bailey assured there’s no need to panic just yet. He said: “There has been much publicity lately over housing prices as the Expo bid was factored into the market and prices soared by over 20 per cent and rents in some cases by 40 per cent. While there will be some short-term fluctuation over the coming months as people have been holding on for the decision, it will provide a strong impetus on sustained growth over the next seven years with property and rent likely to increase on a more sustained and stable basis than we have seen recently, which will settle the nerves of both investors and residents fearing exorbitant rent increases.”

On the plus side, it is believed the Expo will bring Dubai over Dh140 billion, creating nearly 277,000 new jobs and attracting over 25 million visitors to the country. Now that’s something to really celebrate… we can’t wait for 2020!

If you are worried about your rights in the region read our feature, here