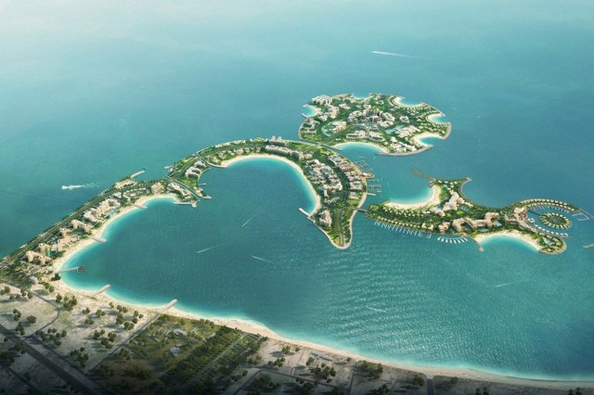 Already considered an entertainment hub thanks to it’s numerous concerts, festivals and 24/7 activities, Dubai is now set to establish itself as top party capital thanks to a man-made party island that is set to rival Ibiza. Dream Island, one of four islands in the US$1 billion Al Marjan Island developments, is the latest ambitious plan to attract revellers to the UAE. Located in Ras Al Khaimah – just a 40-minute drive from Dubai – it plans to host around 20,000 partygoers with two mega clubs, four beach clubs, malls and a around 100 restaurants.

Sales and marketing director George Saad said to the Daily Mail: “We’re trying to make it the new Ibiza – a mini Ibiza dedicated solely to partying.”

However, it’s not just the Spanish party isle that Dream Island and Al Marjan will be hoping to compete with. Saad suggests they hope it will also rival many US festivals, adding: “People will be able to come here, stay in the hotel party at clubs on the beach, anything in the world you can do.And we are trying to attract festivals to come here, like Burning Man.”

Saad was speaking at the Dubai Property Show in London’s Kensington Olympia, where the developers of the third of four islands that make up Al Marjan are looking to attract US$4.9 billion of investment.

The four islands of Al Marjan stretch nearly three miles out into the sea and cover an area of 2.7 million square metres and will feature no homes. It will only be open to visitors and residents of neighbouring islands, meaning the party can go on and on…

While the island was built in 2013 the development and ‘clubber’s paradise’ is expected to be completed by 2018.