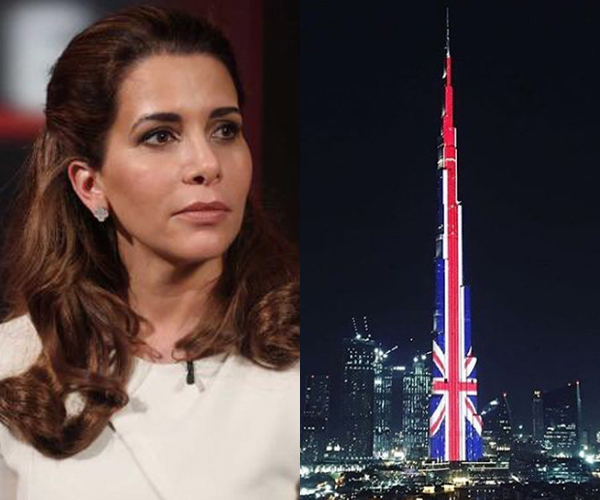 HRH Princess Haya said her “thoughts and prayers” were with all of those affected.

The whole world was shocked by the news that 22 people were killed and at least 59 others injured in a senseless attack on an Ariana Grande concert in Manchester, England.

Now, Dubai has sent a message of solidarity to the UK – and the more than 200,000 British expats who call the UAE home – by illuminating one of its most recognisable icons.

On Tuesday, less than 24 hours after the tragedy, the Burj Khalifa lit up with the colours of the Union Jack, standing against the night sky in red, white and blue.

#BurjKhalifa lights up its facade with the British Union Jack to illustrate solidarity with United Kingdom.

The world’s tallest building joined other monuments around the globe which also lit up in support of the UK, or turned off their lights as a show of mourning.

HRH Princess Haya bint Al Hussein shared a heartfelt message with her Instagram followers, saying her “thoughts and prayers are with the families that have lost loved ones and with the families waiting to hear if their children are safe in Manchester”.

The wife of H.H. Sheikh Mohammed bin Rashid Al Maktoum, ruler of Dubai, said: “I cannot even begin to imagine how horrific this and so many other similar acts have been, or how utterly desperate and desolate they must feel at this time.

“My sincere condolences to HM Queen Elizabeth II and the British people for the lost souls and young victims of the horrendous attack in Manchester. Prayers for everyone who has suffered from acts of senseless and evil violence around the world.”