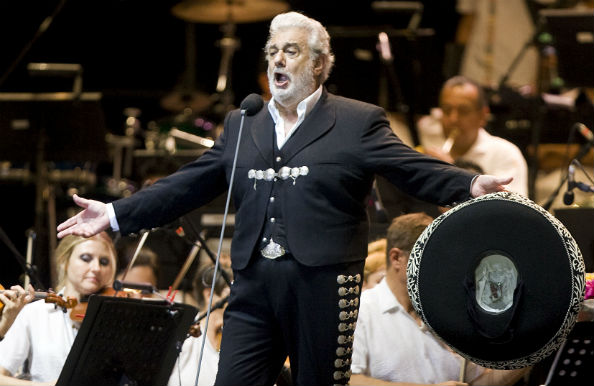 Opening this autumn in Downtown Dubai, Dubai Opera, the city’s latest multi-format performing arts theatre is set to stun with a star-studded line-up to kick off its first season.

Here’s a peek at the upcoming shows at Dubai Opera that you can expect to see by the end of the year.

What: The ‘King of Opera’, Domingo has sung over 4,000 performances and conducted more than 500. The legendary Spanish tenor, conductor and art administrator will be delivering the first ever performance in the new venue.

What: A historic three-act opera by French composer Georges Bizet, as well as a libretto by Eugene Cormon and Michael Carre. The opera serves as an ode to the rich heritage of Dubai, whose history is seeped in pearl-diving expeditions.

What: An evening of Italian Opera’s best overtures and interludes, performed by Fondazione Teatro Lirico Giuseppe Verdi, Trieste and conducted by Francesco Quattrocchi.

Giselle by The Russian State Ballet and Orchestra of Siberia

What: Hailed as one of the great romantic ballets, Giselle was first performed in 1841. The story focuses on the love of a peasant girl who dies of a broken heart, after she discovers that her lover is invested in another woman.

Coppelia by The Russian State Ballet and Orchestra of Siberia

What: Composer Leo Delibes’ work is brought to life in a captivating family-based ballet about an eccentric toymaker who has to build a life-sized doll, Coppelia, and fantasises about her coming to life.

What: The famed Vienne Concert Verein Orchestra including Grammy award-nominated pianist Sebastian Knauer, who will be performing two classical shows, including the Mozart Gala followed by Postcards from Vienna.

What: Once described as the “most dangerous show the city has ever seen”, Impossible features some of the world’s best illusionists on stage performing a series of daring and death-defying acts for the amusement of the audience.

What: The renowned Catalan tenor, Jose Carreras, will be celebrating his final world tour A Life In Music. As one of the Three Tenors alongside Domingo and Luciano Pavarotti, Carreras is known for his performances in the operas of Verdi and Puccini.

What: Emirati singer Hussain Al Jasmi is set to take centrestage for a show in October. He’s no small fry though, having accumulated around 240 million views on YouTube to date.

What: Italian violinist and his ensemble, Europa Galante have been described as “pioneers of the new approach to baroque music”, and will be playing the works of Vivaldi’s The Four Seasons.

Read: The New Malls Opening In Dubai And Abu Dhabi

What: As one of Spain’s most foremost Flamenco superstars, Baras will be coming to Dubai Opera with Voces, Suite Flamenca, a show paying tribute to six flamenco luminaires. The whole show has been directed, staged and choreographed by Baras herself, and has gained international acclaim for its exhilarating music.

What: Five-times Grammy award nominated sitar player and composer Anoushka Shankar is the not only the youngest, but the first female recipient of a British House of Commons Shield. Her latest work Land of Gold focuses on the refugee crisis.

What: The Swiss ballet is set to bring Ballet for Life and a ballet gala of Seven Greek Dances, Piaf and Bolero to the city – masterminded by founder Maurice Bejart.

Read: Dubai Through The Eyes Of Sheikh Hamdan

The Nutcracker on Ice

What: The acclaimed show is coming to the city, featuring the Imperial Ice Stars. The Dubai Opera is set to have an ice rink installed especially for the event, with colourful backdrops, opulent costumers, magic tricks and special effects all thrown in. The cast consists of World, European and National Championship level skaters.

What: The festive stage spectacle by Russian performance artist Slava Polunin is coming to the Dubai Opera, introducing audiences to its joyous dream-like world filled with vibrant imagery, delightful comedy and lots and lots of snow.

Tickets for all shows can be booked from Dubai Opera’s website and will be on sale starting April 24 at 9am.