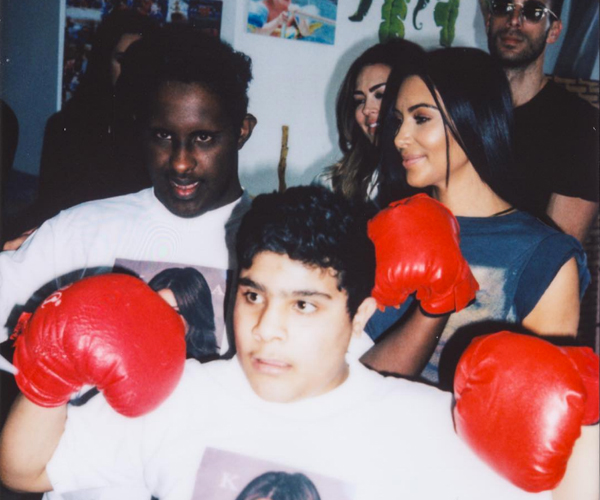 She described it as her favourite part of a recent Dubai trip, but it’s landed this centre in hot water.

A Dubai disability centre has been fined for holding an unauthorised visit from reality TV star Kim Kardashian.

The 36-year-old dropped into Rashid Centre for the Disabled this month during her brief UAE trip, where she mingled with children and took part in several activities.

However the centre may be subjected to a “number of penalties” after not getting approval from the Ministry of Community Development, local newspaper Emirat Al-Youm reported. 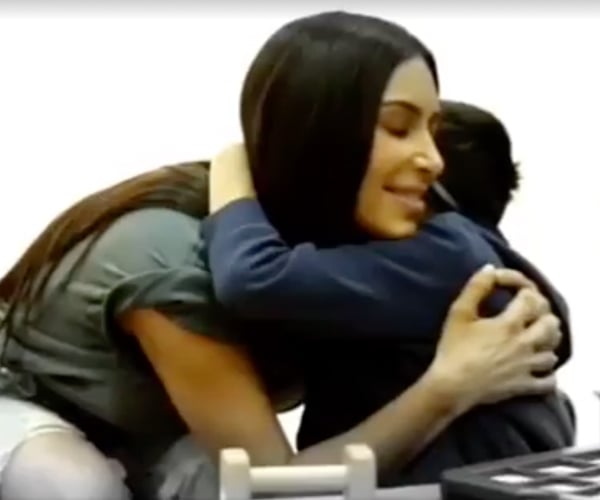 Kardashian’s appearance reportedly undermined local values and violated regulations, with ministry official Wafa bin Suleiman telling the paper the visit “had no goal from which students could benefit”.

Authorities have since opened an investigation into the January 15 event, and the fine of an undisclosed amount has already been issued.

The centre could still receive further repercussions, such as being forced to close, AFP reported.

In response, the centre said it didn’t have enough time to get ministry approval, and that Kardashian had requested they didn’t tell media about her visit. 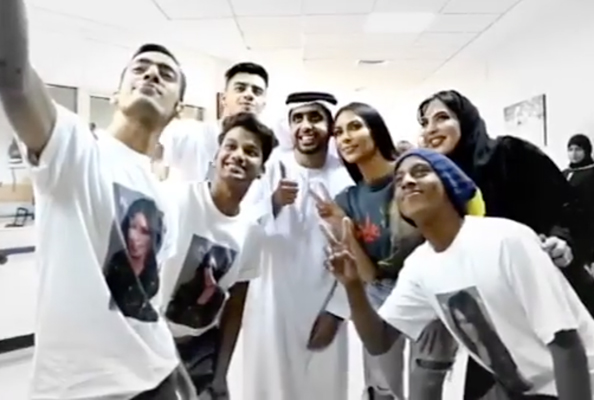 However bin Suleiman told Emirat Al-Youm that should they have filed a request for authorisation, it would have been rejected as approval depends on “full commitment to the customs and traditions of the state”.

The official also pointed out that the charitable centre didn’t get approval for the children to be photographed, and standards dictate that students with disabilities should be given “dignity and privacy” and not exploited with “an act or activity by propaganda”.

During Kardashian’s visit, children wore T-shirts emblazoned with her face reportedly given to them by the mum-of-two’s team.

My favorite part of the trip was visiting Rashid Paediatric Therapy Centre. These beautiful children showed me a performance of a lifetime! My hat goes off to the amazing teachers and caregivers who dedicate their time for the future of these children!

The star shared several images of her trip on Snapchat and Instagram, saying in the latter’s caption that visiting the centre was the highlight of her time in Dubai.

“These beautiful children showed me a performance of a lifetime!” she wrote. “My hat goes off to the amazing teachers and caregivers who dedicate their time for the future of these children.”

The centre’s CEO, Mariam Othman, told Gulf News at the time that the visit “is an important recognition for the good reputation of the centre at the local and international level”. 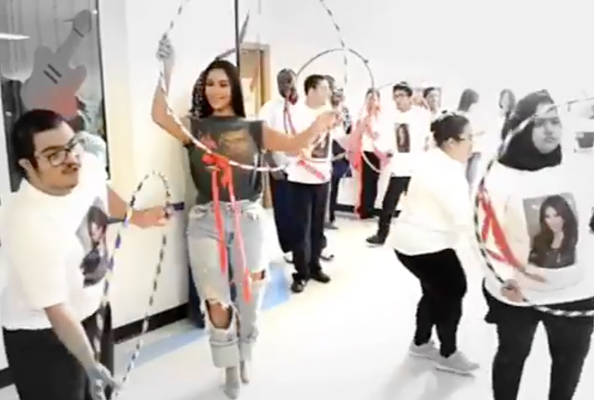 Read:
Kim Kardashian Preps For Her Dubai Visit As Arrests Are Made Over Paris Robbery
This Is How Much Kim Kardashian’s Beauty Regime Will Cost You In Dubai

The star originally jetted in for a makeup masterclass, and spent the rest of her short trip indulging in a lavish dinner at Atlantis, The Palm, taking part in a dune buggy ride, and even squeezing some mall time in too.

Representatives for the centre and Kardashian have not responded to requests for comment by several media groups.