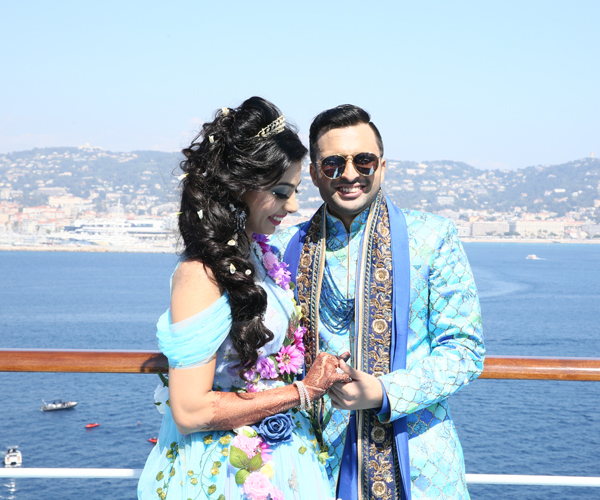 Is this the most extravagant wedding we’ve seen yet?

A Dubai-based couple has lived out a real-life version of The Love Boat, hiring a luxury cruise liner and tying the knot in the crystal-clear waters of the Mediterranean.

More than 1200 guests travelled from India and the UAE for the occasion, with a number of Bollywood stars onboard, including Sushmita Sen, Juhi Chawla, Sofie Choudry, Shilpa and Shamita Shetty.

Each guest was allocated a suite or balcony cabin, with an extra internal cabin to be used as a personal wardrobe. More than 75 chefs were on hand to prepare dishes from all over the world. 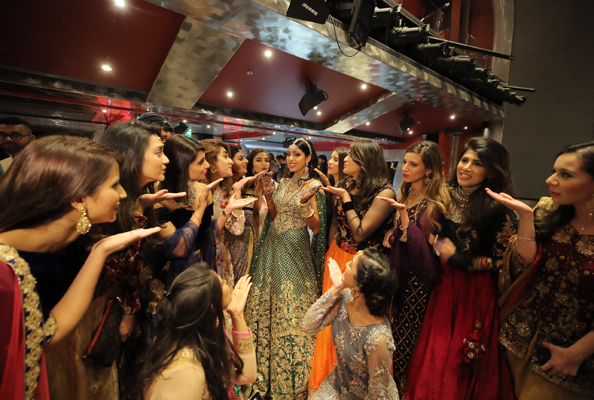 The celebrations were based on Dil Dhadakne Do, an Indian comedy film set on a cruise. The actual wedding took place on April 8, while the ship was anchored in Cannes, and included a baraat ceremony and a grand gala dinner on the pool deck.

It was the first time a cruise ship had been exclusively booked for a private family event, according to Costa Cruises president Neil Palomba. 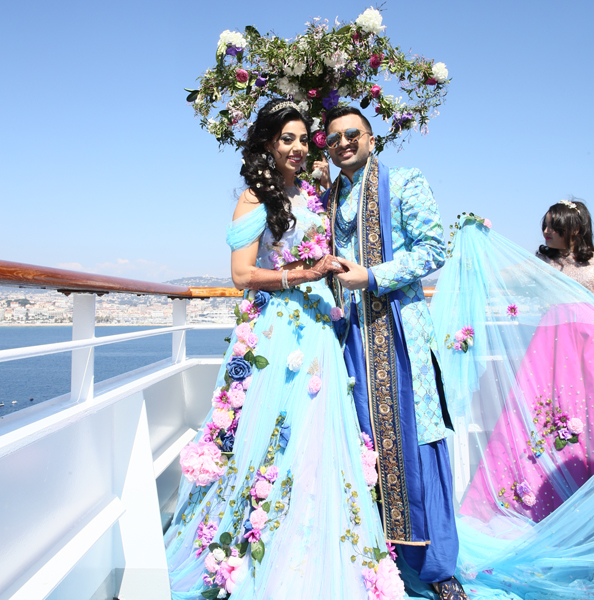 Proud father Sajan, who is the founder and chairman of building materials company Danube Group, said more than eight years of planning had gone into the cruise wedding.

“The wedding of my only son Adel is by far the most awaited event in my life,” he said.

“We planned a very unique celebration for all our guests and have invested in every little detail of the wedding to make it special for the couple.”

Adel and Sana first met at a fashion show when they were both in high school, but their relationship blossomed when they met again in a Ramadan tent, six years later.

The pair celebrated their engagement at Emirates Palace in Abu Dhabi last year, following a fairytale proposal in the World Islands.

Adel joined his father’s business after graduating from the American University of Sharjah and recently launched his maiden venture, Danube Home. Sana is a former beauty queen, and qualified dentist.