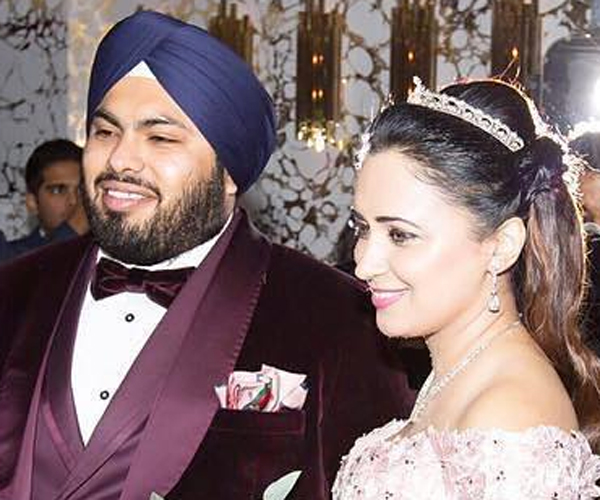 The Burj Khalifa and the Burj Al Arab are two of Dubai’s most iconic buildings, perfect for marking a special occasion in style.

But one Dubai-based couple have taken things to a whole new level by celebrating their pending nuptials at both venues on the same day.

This was followed by lunch at the swanky At.mosphere restaurant on the 122nd floor of the world’s tallest building, and a party at the ultra-luxurious seven-star hotel in the evening.

Read:
VIDEO: Top 5 Unique Marriage Proposals In Dubai
An Iconic ‘I Do’: This Is What It Looks Like To Get Married In The Burj Al Arab

“I was born and raised in Dubai, so I’ve enjoyed these places from the day they were launched,” Kaur told emirateswoman.com.

“When the Burj Al Arab was built, I was still in school, and I remember going there for the first time. We have a very emotional attachment with these icons. It’s not just a destination, it’s a dream I’ve had for many years.”

Kaur said they were joined by about 200 relatives and close friends, including many of her fiance’s extended family members who flew in from India especially for the celebrations.

Kaur dazzled in a pink Swarovski-studded gown and Dhs3 million worth of jewellery, while guests enjoyed performances from singers and illusionists, as well as an exclusive four-course meal.

The couple even had a signature beverage, sweetly named HARJAP, designed by an award-winning mixologist at the Burj Al Arab.

Kaur said she was still in the process of planning the wedding, which would take place in mid-November – but it would likely be even more grand than the recent celebrations.

“We’re looking at bigger venues, fireworks, and maybe a helicopter with a rose petal shower,” she said.

Read:
Nine Wedding Venues In The UAE That Aren’t Just City Centre Hotels
This Dhs270 Million Bash Might Be The World’s Most Extravagant Wedding

“We’re also looking for a venue that hasn’t been used yet, like The World Islands.”

Kaur said she was expecting at least 800 guests at the wedding. However, she was not fazed by the scale of the event, thanks to her filmmaking experience.

“Everyone kept asking me, ‘are you stressed?’ I kept telling everybody, ‘no, not at all’. When you’re making a movie, arranging a shoot from morning until evening, you’re doing exactly the same things. I’m quite used to that kind of management.”

Kaur said she and Chadha hit it off “immediately” after meeting through their families, and decided to get engaged within three days.

“Everyone was very surprised,” she said.

“Nobody ever thought you could be so compatible with someone so quickly.”

Unfortunately, it doesn’t look like we’ll be seeing a film about the fairytale romance anytime soon.

“It would be a very boring film,” Kaur laughed. “We met via family, we decided everything in three days, and had a big, lavish party. It wouldn’t be a good film script.

“A good film script would be if we had met, fallen in love, and our parents were against it.”