The young Dubai-headquartered hypercar manufacturer, W Motors, is seeking a spot on the global motoring map.

It was an outrageous scene – taking a hypercar and simulating a jump between two towers in Abu Dhabi – that required an equally outrageous supercar. Good thing then that the Fast & Furious franchise narrowed down on the W Motors Lykan HyperSport for that scene in Furious 7 where Vin Diesel at the wheel, and Paul Walker riding shotgun, did just that. 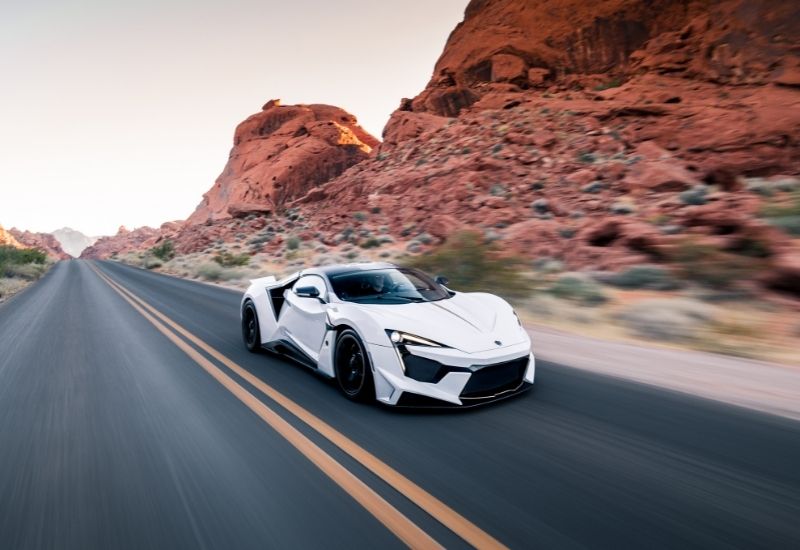 Dubai-headquartered W Motors made its entry into the world of rarified and hyper-expensive supercars with the Lykan HyperSport in 2013. The 780hp Lykan, with a torque of 960Nm, is capable of a top speed of 395kph and a 0-100kph time of 2.9 seconds. The handcrafted full carbon fibre body was made all the more spectacular with its diamond-lined headlights. All-in, the $3.4m ride limited to only seven units, was a statement of intent by the brand’s dynamic young founder and CEO Ralph R. Debbas.

Debbas, who studied automotive design at the Coventry University School of Art and Design, established W Motors in 2012 and attempted to position it as the first Middle Eastern company to design and manufacture high-performance luxury sportscars. “It was a gigantic task and a dream back then,” says Debbas of the work that lay ahead when he founded his company. “It was a company that was formed by investing $5,000 of my own money. We got an injection in 2013, from a private bank as a seed round. We got bought out in 2017, and the company grew. In 2017, we became a cash flow positive company growing from its own internal money.”

W Motors is a relatively small company with around 50 employees in the UAE and an average of around $25m turnover a year.

The Lykan was its first product and was followed by the Fenyr SuperSport which had a soft launch in 2018. Boasting a twin-turbo flat six-cylinder 3.8-litre engine capable of delivering 800hp and reaching 100kph from a standstill in 2.8 seconds, the Fenyr is limited to 100 units and deliveries of this $1.6m hypercar have begun.

A special-edition 101 Fenyr SuperSport was created and offered to the winner of the raffle prize of the Dubai Shopping Festival last month.

To achieve its engineering and design ambitions, W Motors has curated a global network of partners including Magna Steyr, Studiotorino, RUF Automobile and AKKA Technologies, amongst others. 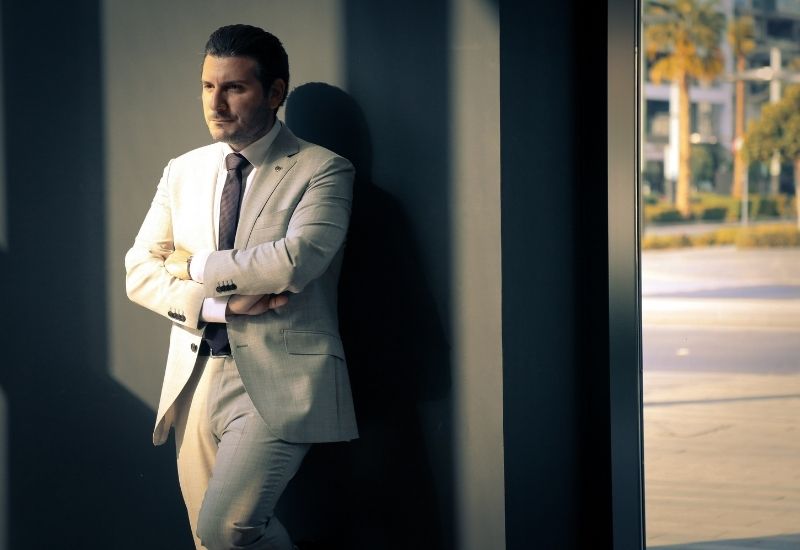 “One of the latest partners we have is QEV Technologies which is developing our electric powertrain for our EV supercar coming out this year.”

While the fiery combustion engines of its first two hypercars put W Motors onto the global motoring map, its future will be something quite different. “We have our electric supercar, which is the vision and statement for the company that we are turning 100 per cent electric in the next few years. W motors will be a full EV brand in the next couple of years.”

“There is a plan for an EV SUV as well which is already in the pipeline and being designed,” adds Debbas.

Post the electric SUV, he says that W Motors intends to debut a hybrid vehicle in 2023, priced at the $400,000 range, and which along with the electric supercar, will replace the Fenyr.

But W Motors is intent on becoming a staging ground for much bigger plans that Debbas has for the motoring world. In 2016, he teamed up with Chinese entrepreneur Alan Wu to establish Iconiq Motors that was aimed at developing electric and autonomous driving technologies. One of the first products as part of that collaboration was the Iconiq 7 MPV which is in production in China. “We are not part of the company, we’re just a consultant designing, developing and producing for them in China. We’re currently working on the next model for Iconiq which is a smaller MPV, as well and an electric SUV under the Iconiq brand. And we’re looking to do cross collaborations and have high-end products purchased by Iconiq under licence by W – so we will develop them here, produce them in Dubai, and sell them to the Chinese market.”

In March this year, W Motors entered into a JV with another company called China Dynamics, with W Motors being the majority shareholder. A company called LOKI (Low Emission Kinetic Energy) has been formed as a result of that JV. “LOKI will be the first manufacturer of electric green energy, commercial trucks and buses in the UAE and the Middle East. We will design and manufacture them here. We will be focusing on school buses, garbage trucks, security vehicles, construction vehicles, delivery vans – all of them electric and at affordable prices. We’re going to offer them either as direct sales or fleet management by the company – so we lease them to companies and we operate the fleet from W Motors.”

Another Special Projects Division within W Motors creates special-purpose vehicles such as Ghiath Beast Patrol SUV which was built for the Dubai Police. It is a full-fledged production vehicle, with the Ghiath also including an armoured vehicle which will be commercially available. “Ghaith is not only about an SUV, but a full line of special purpose vehicles [including] electric bikes, electric pickup trucks, off-road vehicles and special purpose of government, police, and rescue vehicles as well.”

To realise Debbas’ ambitions of manufacturing vehicles within the UAE under the parent company and also its joint venture manufacturing plans, W Motors began construction on a 12,000-square-metre facility last year at Silicon Oasis in Dubai. Construction is expected to be completed by Q4 this year with the facility production capacity to manufacture the Lykan, the electric supercar and also the special-purpose vehicles. “We’re consolidating all the expertise in one roof. So everything we currently operate out of Italy, Germany, and Spain, will now take place in Dubai at the Silicon Oasis facility. It will be a complete turnkey solution for anything related to mobility. With the new factory coming in, we are going to localise 90 per cent of our engineering in Dubai, so it will no longer be spread out internationally.”

In a far-reaching move, Debbas also says that he will also offer the facility to other manufacturers or entities to produce their vehicles. “We’re offering a white-label factory for anybody to come in and use it, such as governments that want to build their cars. They have the workshop, the service centre and can utilize all our expertise for our teams.”

With lofty plans in place, Debbas is ensuing that the company is adequately funded too. In 2019, W Motors became the first private company to deposit its shares in Nasdaq Dubai’s CSD (Central Securities Depository). It also established a holding company, W Motors Automotive Group Holding Limited, in the Dubai International Financial Centre (DIFC).

Debbas is currently in the midst of a capital raising round to the tune of around $50m for which is he tapping international institutional investors. The big prize though will be the moment that Debbas manages to take his firm public – but he’s in no particular rush to do so. Tentatively, the plan is to list on the New York Stock Exchange by around 2024. The immediate priority though he says is to realise the product plans for W Motors, its JVs, and also enter all the markets that it intends to over the next three years. How will he know when the time is right to list that IPO? “Once we reach $100m-plus revenues a year,” says Debbas. Not bad for a company that started with a $5,000 investment.