Mariah Carey Will Dine With UAE Royals During Her Dubai Visit 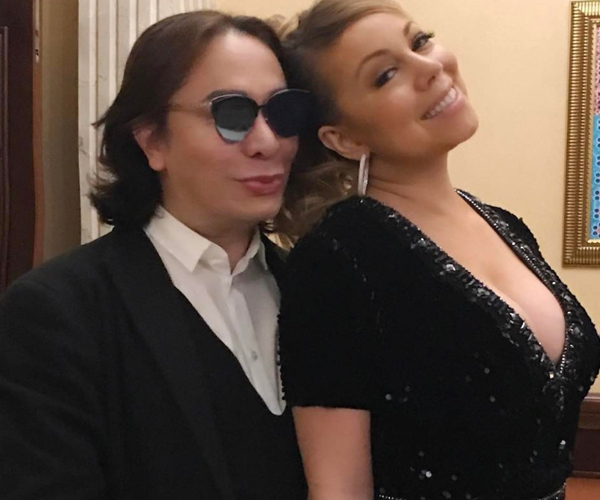 The pop superstar will be donning Michael Cinco for the meeting, the designer reveals.

It took her a 16-hour flight to reach Dubai from LA, but Mariah Carey didn’t let jet lag stop her from getting a hit of local style.

The legendary singer stopped off to see designer Michael Cinco for a late-night fitting after touching down in the emirate on Monday night.

Carey, who’s in town to perform at the Dubai Jazz Festival on Thursday, posed for a snap with the celebrity favourite – and didn’t look at all like she’d just flown long-haul.

Read:
Mariah Carey Has Touched Down In Dubai (In Proper A-List Style)
A Dubai Designer Took Centre Stage At The Miss Universe Final

The star donned a slinky, black sequinned number with silver detailing, and the designer said the gown will be worn for a dinner with local royals during the Heartbreaker crooner’s visit.

“[Carey] had asked me beforehand – before she arrived in the UAE – to make a dress for her,” Cinco told The National.

“I sketched the design, sent it to her and she loved it. She loved it so much that she asked me to make two more versions. [The black one] is for a royal dinner she will attend while she’s here and one for another event connected to [the Jazz festival] I think.”

The designer, describing the dresses as “very Mariah”, also revealed that his original sketches were a little more conservative.

“But she asked me to open them up and add a thigh-high split,” Cinco told the newspaper, adding that Carey had “no diva attitude at all”.

“The pieces look very nice on her and anyway she’s aware of how things are in Dubai because she’s performed here before.”

Cinco’s having quite the month when it comes to dressing big names.

The designer, who’s originally from the Philippines, dressed outgoing Miss Universe Pia Wurtzbach in a resplendent jewel-toned gown for her final walk at this year’s pageant.

Taking to the runway in the embellished sapphire number earlier this month, Wurtzbach then crowned Miss France Iris Mittenaere as her successor. 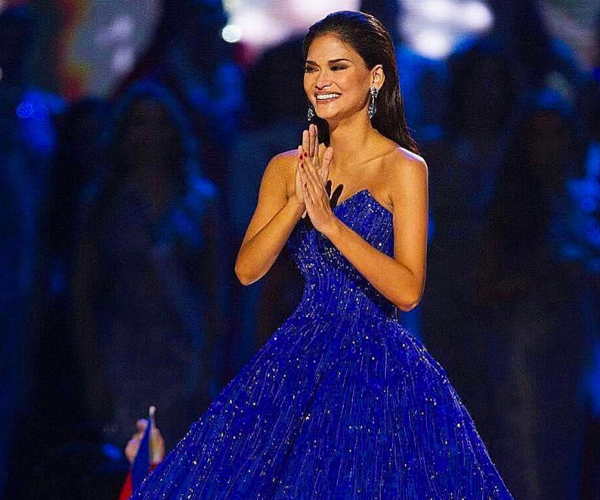 The event gave the Filipina 2016 winner another chance to dazzle, as her win was slightly overshadowed by a now infamous mishap.

Wurtzbach specifically requested that he design her gown, Cinco said, revealing that he met the 27-year-old for fittings during her trip to Dubai last year.

Cinco, who set up his couture label in 2003, has also kitted out stars including Jennifer Lopez, Lady Gaga and country singer Carrie Underwood, to name just a few.