Just when we think we’ve heard everything, Dubai surprises us again. Last week the Dubai Police announced plans to build the world’s largest policeman’s cap. It’s purpose? Housing the new Dubai Police Museum. On the back of this spectacular announcement, we’ve sought out some other interesting and upcoming Dubai developments.

The new Dubai Police Museum (rendering image above) will celebrate the achievements of the Dubai police force and will showcase a plethora of memorabilia including weapons used and confiscated by Dubai Police, old uniforms, old telecommunications equipment, old radars and brochures.

Here’s our top 10 worthy of doffing your cap at. 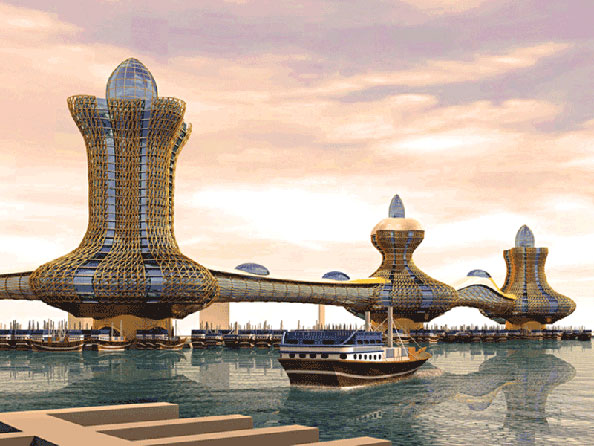 Inspired by the classic tales of Aladdin and Sindbad, Dubai Municipality is going to build three lamp-shaped towers near Dubai Creek in ‘old Dubai’. Their goal is to create more commercial and hotel space over 450m.

There have been some grumblings that this might take away the charm of old Dubai with its emphasis on the new. Dubai Municipality says not to worry – the project is outside the zone waiting to be registered with the World Heritage by Unesco. 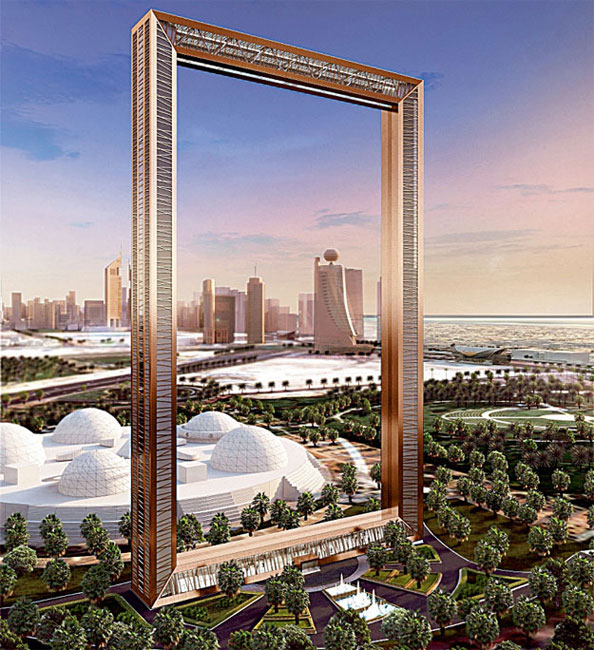 Speaking of the Dubai Municipality, the group recently announced plans to create a giant, square, frame-like structure, aptly called the Dubai Frame. A massive window-esque structure, this looming item will be placed in Zabeel Park. It will have a clear glass walkway, reach 150m up, and stretch 93m wide.  The purpose of the attraction is to draw visitors by framing parts of Dubai. It’s expected to be finished by the end of the year. 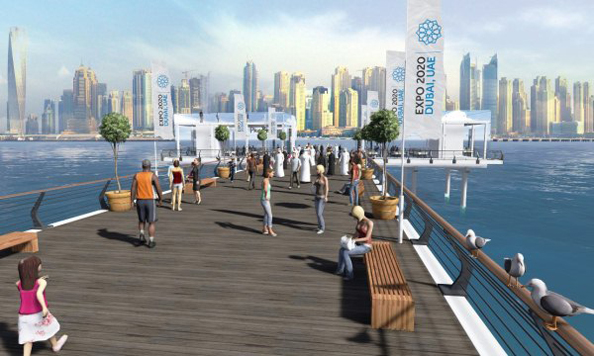 Dubai’s a bit short on walking space. Finding a solid stretch of pavement is as challenging as finding a good hair salon. Developer Nakheel aims to fix this by creating an 11km path along the Palm Jumeirah. The boardwalk will run the entire length of the Palm’s protective crescent, featuring two 100m piers that stretch into the Gulf at both ends.

However, Don’t strap on your walking shoes just yet. The project is accepting tender submissions up until the end of May 2014. Its completion date is still a while off. 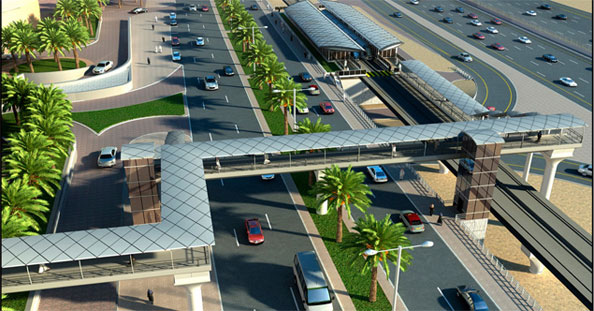 While we’re talking about walking, Dubai’s Road and Transport Authority announced earlier this month its plans to build 19 pedestrian bridges in 2014 and 2015. The new bridges will be built in a number of ‘vital locations’, including bridges near the Marina, Al Mina Street, Baghdad Street, and more. The timing couldn’t have been better; Dubai has begun to crackdown on jaywalking, noting that 46 people died after being hit by a car. 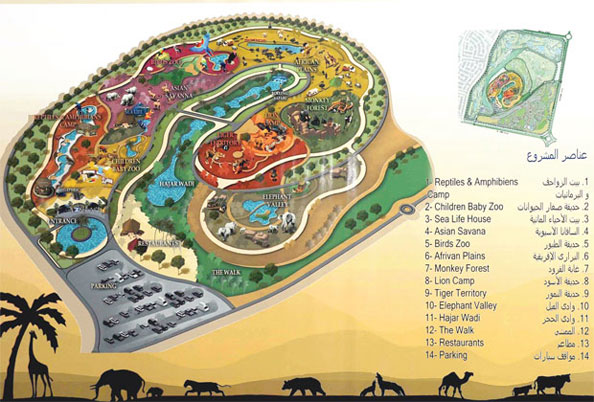 Dubai has brunches. It has water parks. But it doesn’t have its own designated safari area, yet. Plans to create a Dutch Safari will change things. Consisting of a safari village, Arabian village, Asian village, African village, a zoo for children, a botanical garden, a butterfly park, a golf course, and more, the safari will spread over 119ha. It’s expected to be finished by the end of the year. 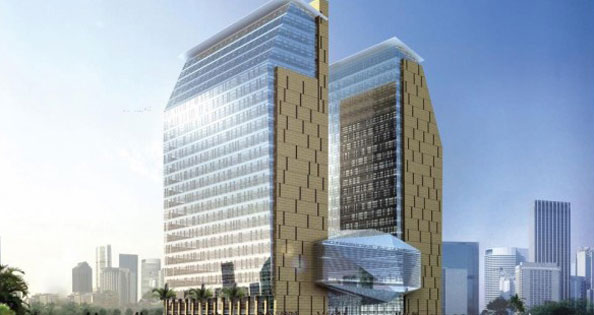 Part of a series of Tecom developments worth Dh1 billion, The Butterfly will be a brick and mortar form of the exquisite flapping creature. Consisting of two office buildings connected by a central structure, it will be located in the centre of Dubai Internet City and Dubai Media City. It’s purpose? To create 255,000sq ft of office space.

Watch for The Butterfly toward the end of 2015, when it is scheduled to be complete. The other Tecom buildings aren’t quite so unique (a company’s HQ, and an additional media office tower). 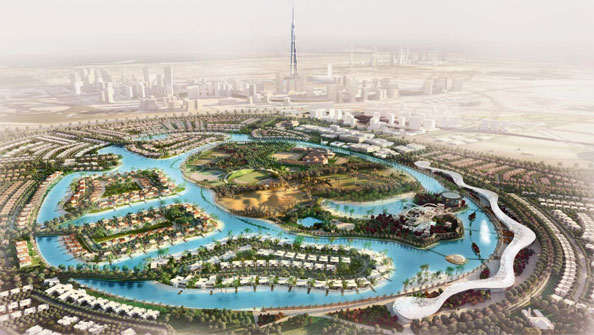 For those of you who prefer life to be a bit more domestic and suburban, get ready for the Mohammad Bin Rashid City. A multi-billion dollar project first announced in late 2012, this city will focus on family tourism, retail (including a new ‘Mall of the World’), art galleries, and an entrepreneurship hub. It will be tucked between Emirates Road, Al Khail Road and Sheikh Zayed Road. 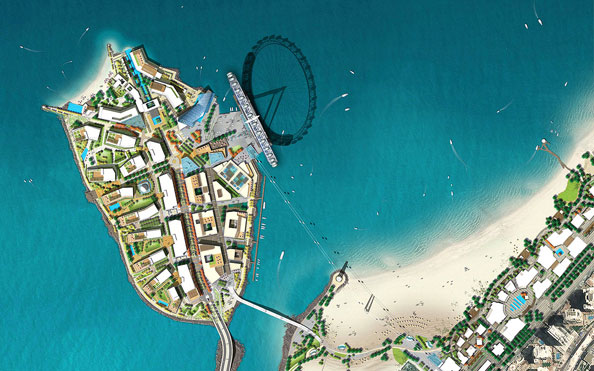 Thanks to this new development you will no longer need to hop on a plane to see a city from a giant rotating wheel in the sky. Clearly inspired by the London Eye, Dh6 billion Bluewaters Island is set to house the world’s largest Ferris wheel: the Dubai Eye. The island will also offer retail, residential, entertainment, and hospitality zones. 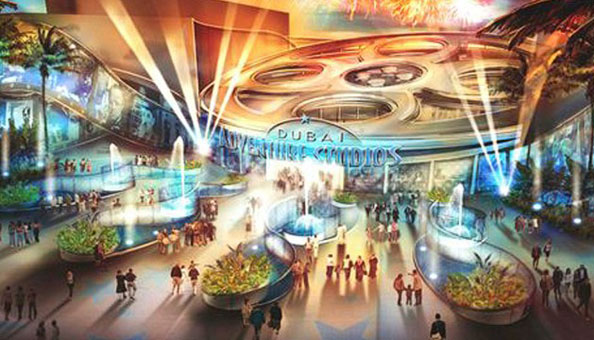 If dodging crowds of rushed, harried shoppers at Mall Of The Emirates isn’t adventurous enough for you, get prepared for Dubai Adventure Studios. Developed by Meraas Holding to the slight price tag of Dh10 billion, this project will feature five distinct theme parks based on characters, movies, and animals. It will be located at Jebel Ali, with an expected 2014 completion date. 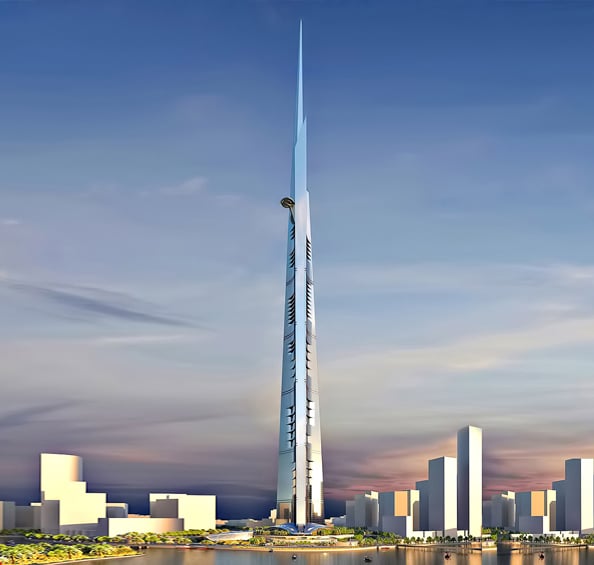 OK, so we have slightly cheated here. This building won’t be in Dubai. But as it looks set to displace the Burj Khalifa’s title as the tallest building in the world, it’s worth mentioning the impressive heights of the Kingdom Tower. Located in Saudi Arabia, this building aims at hitting the 1,000m mark. It will take some estimated 63 months to complete.  Inside, you’ll find (what else?) a hotel, high-level serviced apartments, and some seriously lux offices. The project is set to cost US$1.2 billion.