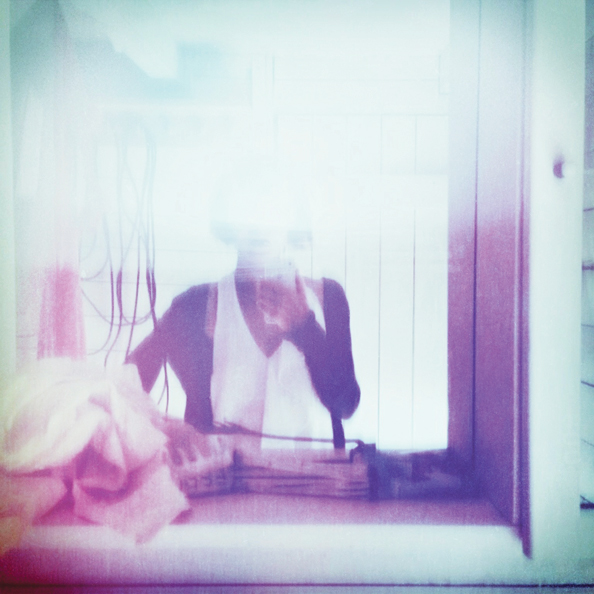 In a world where social media gives a voice to anyone with an internet connection, a new trend is emerging  among victims of domestic violence. As today (November 25)  marks International Day For The Elimination of Violence Against Women, Emirates Woman reports…

They used to take a Polaroid. Before smartphones, digital cameras and online records logging each case, the only thing to remind the victim of their attack was a square piece of shiny card, given to them by hospital staff. This was domestic abuse cataloguing in the 1980s, when battered spouses could erase the memory of an assault as easily as they could crumple a picture. Then the millennium came along and abuse, like everything else in the world, went digital.

“It would have been very hard to raise awareness about domestic violence among society if it wasn’t for the internet,” says Amna Al Mutawa from The Dubai Foundation for Women and Children. But while much of the conversation online surrounding domestic violence has come from charities and campaigns, a new trend is emerging. Christy Mack is the latest celebrity to address the public, scars and all, with her horrific ordeal at the hands of a violent man.* The adult actress wrote a detailed statement on Twitter and posted gruesome selfies to go along with it. “My injuries include 18 broken bones around my eyes, my nose is broken in two places, I am missing teeth and several more are broken,” she said. “I also attained several lesions from a knife he got from my kitchen.”

The Twitter response was phenomenal, with many reaching out to Mack with 140 characters of encouragement. Some thanked her for humanising domestic abuse and bringing awareness to the issue. Others weren’t so kind. Negative remarks ranged from victim blaming (“sounds like she deserved it”), to those who felt she was attention seeking. However you view this particular case, it’s clear that when celebrities put their name to domestic violence, they get  a reaction.

“Celebrity victims are playing a big role in bringing more attention to these kind of causes, and the internet has helped to make it a lot quicker and easier,” says Amna. “Celebrities can brand themselves as survival stories and use their images as symbols to fight domestic violence, empowering other victims.”

However, there are some celebrities who find themselves as unwilling poster girls. A police photo of Rihanna’s battered face was leaked online in 2009, after she was assaulted by then-boyfriend Chris Brown on the way to the Grammys. The image was used for everything from anti-violence campaigns to hurtful memes that turn the incident into a joke. And therein lies the problem. Far from raising awareness, some critics claim that the abundance of these images, and the flippant way they are discussed on social media, may actually make them less shocking. Speaking to Time magazine, Ruth Glenn, head of the US National Coalition Against Domestic Violence, recently said: “On one hand, for centuries violence has been perpetrated against women, and it hasn’t been necessarily visible to the general public. So the public is getting an opportunity now to see what does happen behind closed doors … On the other hand, I do believe it desensitises us after a while.”

Whether it desensitises us or not, placing abuse in the public eye throws injustice into the spotlight and allows people to demand change. A recent example of this is America’s NFL (National Football League), which hit headlines when player Ray Rice was reprimanded for punching his then fiancé in the face. Although the football star publicly apologised and received a two game ban, many called the punishment pitiful and felt it didn’t reflect the severity of his crime. The Twitter response was remarkable, and is in part responsible for pressuring the NFL to revise its domestic violence policy. Players will now receive a six game ban for their first offence, and a lifetime ban for their second. 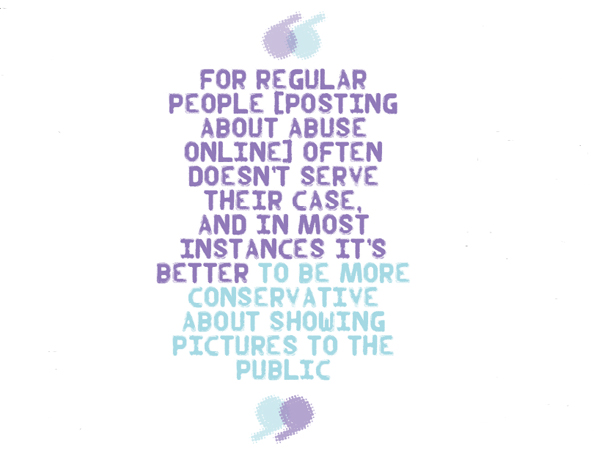 It seems that the more high-profile cases flood our newsfeed, the more those outside the limelight feel empowered to share their story. Kate*, a victim of domestic violence who blogs and tweets about her recovery, thinks that outspoken celebrities have a positive effect, as they show victims that violence crosses all demographics. “Many victims of domestic violence feel alone and have really low self esteem,” she says. “These strong, powerful women showing that it has happened to them too, help to show victims that they’re not weak. They are just like everyone else.”

We’ve hidden Kate’s identity, as she is currently in a court battle with her ex-partner and any allegations could impede proceedings. “I had always written an online dating blog,” she explains of how she came to make her experience with domestic abuse public. “It wasn’t until about a year into the relationship that anything violent happened, but to say it was fine beforehand wouldn’t be right. There was a lot of emotional abuse that I didn’t recognise until I was out of the relationship.” When the violence started she felt alone, and found comfort in confiding in strangers online. However, over time she became less concerned with anonymity and decided to share selfies of her bruised face across various social media channels. “I shared the pictures on my personal Facebook page and the amount of friends sending me support, even people I hadn’t spoken to since school, was truly uplifting,” she says.

What began as an exercise to find empathy from others became a crusade to educate people on forms of abuse. “People judge what they don’t understand,” says Kate, explaining that those who victim-blame often just need more information. “I’ve had a few people saying ‘why didn’t you just leave?’ and I addressed this question in my blog – your self-esteem is so low you feel you can’t. Also, there will be a period of apologies and love afterwards, which you hope will last forever. Of course it never does.” On the whole, Kate’s online experience has been positive, and though she has had a few negative comments, she see’s these as an important part of answering common questions. Similarly, Amna highlights that many women find support and encouragement online. But she warns that while many have overcome the label of ‘victimised woman’ and gone on to be proud of their survival story, that doesn’t mean everyone will be so lucky.

“[Posting details online] does contribute to victim shaming,” cautions Amna. “It also might open up further channels of questioning and investigation, and it can cause a threat to the security of victims.” It’s important to seek advice on how revealing details of abuse could affect any legal proceedings, and think about your safety – will your comments increase the threat of violence? Will they cause friction between family members and friends? Amna says that while celebrities can use their status to raise awareness, others may find it does more harm than good. “For regular people [posting about abuse online] often doesn’t serve their case, and in most instances it’s better to be more conservative about showing pictures to the public.”

Whether a victim chooses to tell their story online or not is down to individual circumstances. While the likes of Christy Mack and Rihanna have bravely sparked important conversations surrounding spousal abuse, that doesn’t mean that women who decide to deal with violence privately are any less worthy of praise. Kate advises those who want to avoid any controversy to join forums and message boards for domestic violence victims. “[Using digital platforms] anonymously will give you a fantastic support network from fellow survivors and the confidence to break free.”

Because ultimately, the most important thing is to ensure that those who may find themselves in an abusive relationship know where to turn for help.

If you or someone you know is suffering from domestic abuse contact The Dubai Foundation for Women and Children. Call: 800111, text: 5111, Email: help@dfwac.ae , or visit dwac.ae

For more information about your rights, visit here

*Names have been changed to protect identities.