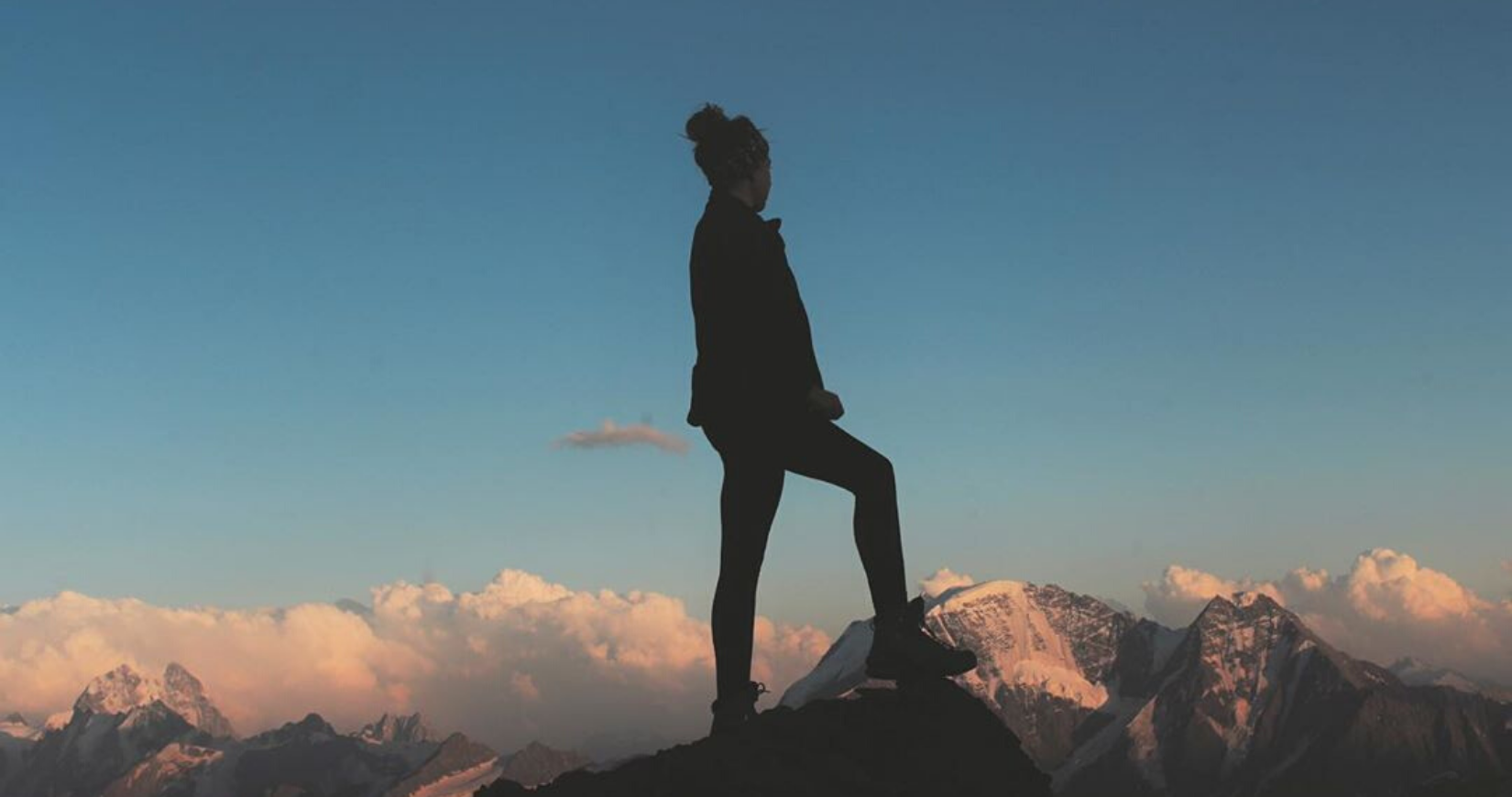 ‘It reshapes your life’

Dolores Shelleh was one of the lucky ones who succeeded in climbing Mount Everest from the first try. It is not only luck that made her successful, but also determination to prove to herself that she can. The North Col terrain is one of the most challenging and dangerous routes to take due to altitude issues, and it has the highest recorded fatality numbers due to the elevation of the camps and lack of helicopter rescue options.

Becoming the first Arab woman to conquer Mount Everest from its toughest terrain, Shelleh hopes to inspire the young generation of Arabs to challenge themselves.

EW was lucky enough to chat with Shelleh about her passion for climbing, the obstacles she’s over come and how she was aware she might not return from her expedition.

When did you discover your passion for this sport?

It was in 2016, when I decided to take on a new challenge and a new adventure and that was Mera peak in the Himalayas, I knew I was taking a risk in something I didn’t know how to feel about. I wanted to get out of my way and try something totally different for me and for my society.

What kind of preparation did you get into before the first climb?

I was always into athletics, I was always the brave one in the family, when I decided to climb a mountain, I knew it was going to be hard.

The biggest preparation would be stage 1 which was finding a sponsor because it’s an expensive sport, and I got sponsored by the Sustainable City in Dubai.

The second one was physical preparation, working healthy, working out as much as possible, asking experts, professional climbers, read online. So, knowledge and wellness combined.

Did you face opposition?

By nature, I don’t let these opinions get to me.

My family was shocked because I wanted to take that step, they were worried about me. I had to gain their trust and show them how much I’m working on it and how much I want it.

Some friends and people around me would sarcastically say “you don’t look like you can do that you look so soft” or “you’re going to embarrass yourself” and that made me work even harder.

How did you figure out that you wanted to continue climbing?

It was my first climb was the time when I found passion and felt that I want to adapt into this lifestyle. I feel the journey of the whole process, it shapes you and changes you. It humbles you and is more like a mental therapy.

Since then I decided to continue mountaineering and decided I wanted to climb Mt. Everest. I knew I would make history which was also a reason for me to continue.

What are the mental obstacles did you face? How did you overcome them?

During the preparation for Everest, I felt pressured and I knew I might not come back. Another pressure, was working out extra, and many times I felt like I needed to relax, but you need to compromise in order to take such challenges. My life started to change and it has let me develop my skills and self.

After Mount Everest, it was the hardest part for me, it’s like going to another world, and when you get back it’s hard to cope. It’s one of the hardest things.

It affected my communication skills, I felt more isolated I wanted more space, only two months have reshaped me.

What is the most important thing to keep in mind when climbing?

Keep a positive mindset. Make sure you have the right equipment. When you’re on a mountain, the days seem similar, you have to adapt, eat the given food, deal with the given situation.

During the process, have you ever felt like you were mentally or physical stuck?

Not really, but I’ve had a hard time, I’ve seen a guy pass away next to me. That moment was the hardest moment apart from low oxygen and freezing cold weather.  I think I was traumatized, but the team was there for me and people were supportive.

If you can say something to your younger self, what would it be?

Pursue what you feel at the right moment. We are restricted by our system, culture, and norms.

Your advice to all the women struggling to accomplish their goals?

Not be afraid to make the first step. It is the hardest step and the most important step. There’s always a way regardless of the situation. Know your passion, have a clear vision, and believe in yourself.

Can you tell us about your documentary the Lone She?

It covers my whole journey in short time. It’s important to see a genuine story and real content. It was my first time and it was a success so I was very lucky in the perspective.

I couldn’t choose one person. Everyone in life is inspiring and they all play a part in life.

I’ve also launched my own site. It covers the different journeys I’ve been through.  I will be speaking about my experience as well and giving advices in schools or universities or companies.