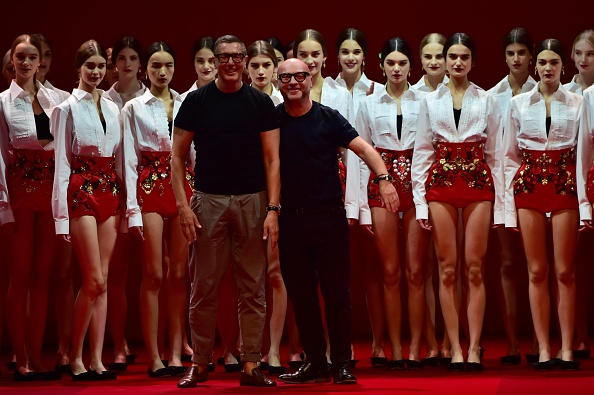 Designers Domenico Dolce, 56, and Stefano Gabbana, 51, the founders of high-end Italian fashion label Dolce & Gabbana, had previously been sentenced to 18 months in jail in April after they were accused of hiding hundreds of millions of Euros (around US$277 million worth) from tax authorities.

The pair were accused of transferring control of their brands to a shell company in Luxembourg in 2004 and 2005 to avoid paying Italian taxes. Prosecutors argued the Luxembourg company Gado – an acronym of the surnames of the two designers – was being run out of Italy in a bid to defraud the state.

However, the designers, who maintained their innocence throughout, were overjoyed when the supreme court annulled the conviction, declaring that the prosecution case was “unfounded”, with the five-remember jury, who are said to have deliberated for three hours before deciding “there was no ground for a case.”

Meanwhile the designers, whose fans include Beyonce and Madonna, said in a statement: “We have always been honest and we are extremely proud of this recognition by the Italian court of justice. Viva l’Italia.”

Stefano Gabbana also took to social media to express his elation, tweeting: “We knew it!!! We are honest people!”

The lawyer for the Dolce & Gabbana duo, Massimo Dinoia, said: “I am very satisfied. We have been saying that they were innocent for the past seven years. Nobody can take back the negative publicity they received over these seven years, but we knew we were in the right all along.”

However, with the designers showcasing their best collections to date, we don’t think their reputation was damaged in the slightest. Long live Dolce and Gabbana.