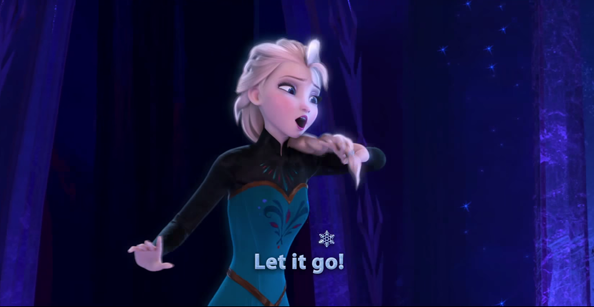 It’s time to get in some singing practice and prepare to never get the hit Disney song Let It Go out of your head as Frozen comes to the UAE.

Following sell-out shows in London, FLASH Entertainment is bringing Disney In Concert: Frozen to the UAE with the shows running on February 12, 13, 18 and 20 at Abu Dhabi’s du Forum, Yas Island.

The award-winning film – it is also the highest grossing Disney animated film of all time – will be brought to life thanks to the UAE National Symphony Orchestra with choir and soloists who will recreate the iconic musical score. – think Do You Want to Build a Snowman, For the First Time in Forever and the seminal, Let It Go.

The UAE National Symphony Orchestra is made up of 76 different musical instruments and performers(30 musicians, 26 strings, 16 choir and 4 vocal soloists) following the storyline of the Disney’s Frozen and capturing the magnificent energy behind the beloved songs.

For those who have yet to see the smash hit animated movie, Frozen follows the lives and adventures of Princesses Anna and Elsa as they set off to save their magical kingdom.

Fast becoming a cult movie among adults and children, the tickets are predicted to sell out fast.

Commenting on the announcement of the Disney in Concert: Frozen show, John Lickrish, CEO of FLASH Entertainment, said: “This truly is an exciting event for the region, a Middle Eastern first. Combining modern-classic Disney storytelling with the sounds of the UAE National Symphony Orchestra is a unique and exciting international and local match for Abu Dhabi, a city which is firmly cemented as the region’s entertainment hub. Disney in Concert: Frozen is going to be a special show and we can’t wait to share the excitement with the UAE audiences.”

Tickets start at Dhs150. For full details on all categories, visit thinkflash.ae Tickets will be available to buy at ticketmaster.ae and all Virgin Megastore across the UAE.