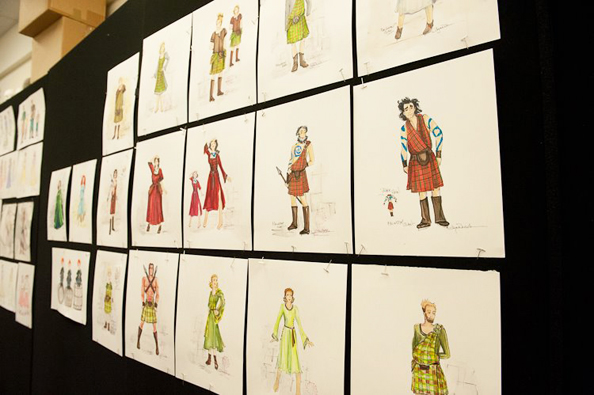 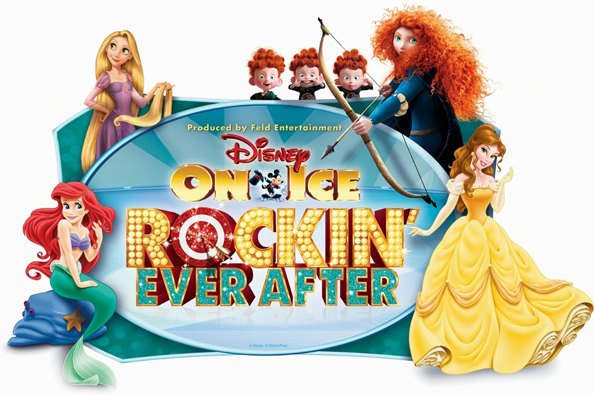 As the Disney on Ice tour arrives in Dubai, we go behind the scenes and chat to designer Cynthia Nordstrom, whose magnificent costumes bring to life our most favourite magical characters.

Cynthia Nordstrom studied fashion in Philadelphia at Drexel University and her big break into costume design came when, as an independent designer, she was asked to design the first Tarzan show for Disney. She was only 24 at the time but knew her career was entering a spectacular world, one she has never looked back on since — her sparkling career also includes commissions for Broadway shows and Universal Studios. In Disney On Ice Cynthia breathes life into our favourite Disney characters making them more enchanting than we could ever imagine. So, who better to talk to us about the show?

… on her favourite costume

Belle’s finale dress, I can’t help it, it’s a classic. In a close second would definitely be the Triton sisters. They have pony –tails that magically float upwards as if they’re underwater, and their colours are soaked in pinks and purples and are very, very girly.

… on the costume production

There are roughly 200 costumes and thousands and thousands of pieces from head to toe. When creating a costume from start to finish, it always begins with a sketch. Some people will look that design and ask why it takes six weeks to produce this costume. Well, we can’t just go to a store and pick things up. You can take something as simple as a skirt and when you put it on ice there are a lot more factors to think of. If it’s the wrong weight of fabric, too tight, too full then the skater may not be able to do a lift, or it may get in the way and they could trip. And even if you do find that perfect skirt, sometimes under the lights it doesn’t really shine as much as you’d like it to. It’s a custom job from day one.

… on the show theme

It’s four different worlds of fairy tales, so we kept the colours in each one very specific.

… on The Little Mermaid

For Ariel’s world under the sea I needed a great colour palette and a lot of light. A lot of sheer fabrics that move and float are translucent and shimmer, and that almost look wet.  We added some neon and other tricks, and added a black light or two to give it a great effect.

Tangled is definitely a departure from under the sea. There are keynotes from Bavaria and other European flavours that come in and out of the film, which helped guide me in choosing the shapes and the fabrics. It’s very pastel, very elegant, calm, charming and sweet, bringing us into Rapunzel’s world with a nice transition. 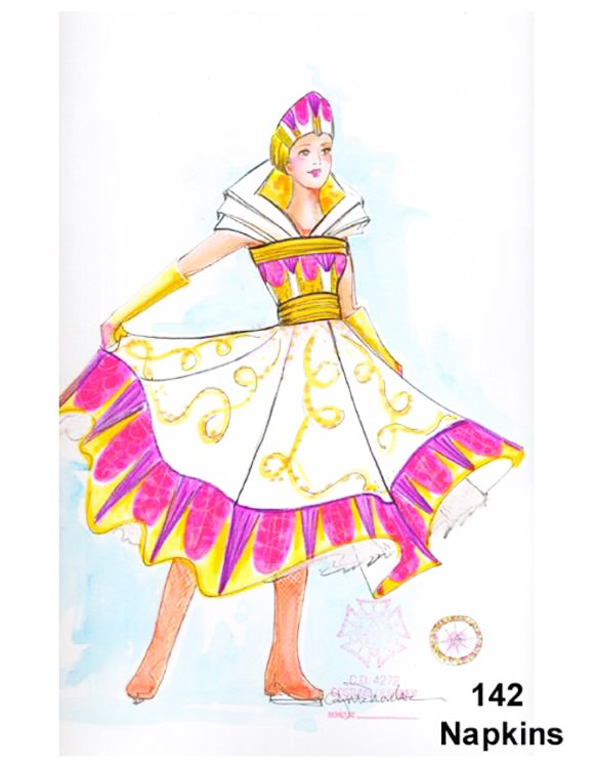 Brave is a new property. Bringing it to life for the first time was scary and a great challenge too. Seeing the film before anyone else helped us grasp what the colours and scenes should look like. There’s a lot of texture and layering in the green hills that Merida roams through, so that texture and roughness is something that I wanted to incorporate into the clans.

… on Beauty and the Beast

We had already created Tangled in the village setting, so I wanted to make sure that village and those townspeople felt different. The solution was designing them in gem colours. There are hints of olive, orange and red and other jewel colours. They’re very saturated tones so that you feel transported into the world of Beauty and the Beast

… on her hopes for the show

My hope is that all kids and families end up singing along, forget where they are, and in every scene wake up completely submerged in that world. Maybe it’s because of a costume, because there was a dramatic lighting effect or maybe it’s just the setting.

Disney on Ice Rockin Ever After will be performed at the Dubai World Trade Centre Arena from September 10-13.  Prices for regular tickets start from Dhs175 (bronze), Dhs275 (silver), Dhs475 (gold), Dhs1,000 (VIP) and Dhs2,000 (Royal Rink side). Buy your tickets at Virgin Megastore. For more information on the show, visit here