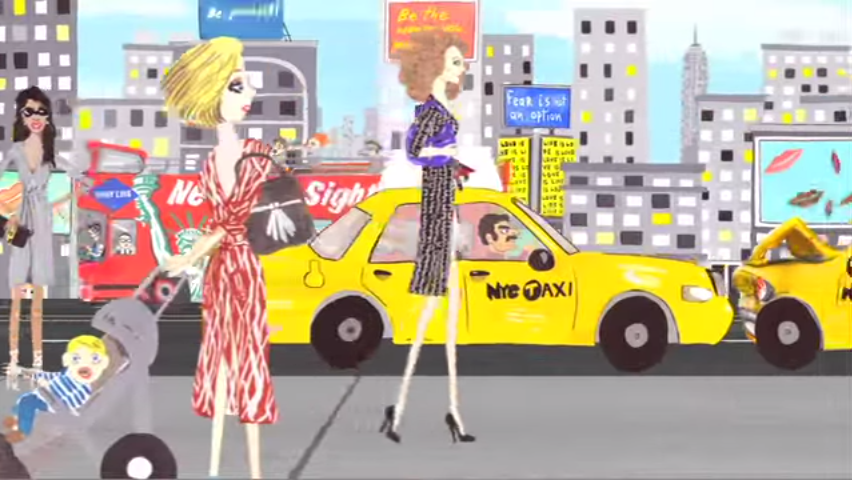 Ever wondered what a day in the life of Diane Von Furstenberg would be like? Now you can watch it, well sort of. In the new animated video titled Unwrapped, you are shown a short tongue-in-cheek narrative of a young, fashionable woman on the go (who looks remarkably like the lady known as DVF). We love the saucy end.

The film is a collaboration between  fashion designer Diane Von Furstenberg and renowned artist and illustrator Konstantin Kakanias to celebrate the 40th anniversary of the iconic DVF Wrap Dress.

The film starts with the lady struggling to find the right outfit for her day, when suddenly starring at her is her trustworthy wrap dress. She then moves throughout her exciting and stylish life, ending with her being whisked away on a helicopter by her lover – this is when she unwraps the dress. See, we told you it was saucy.

In celebration of the dress that helped make her an icon herself, Furstenberg is also encouraging women to come forward and share their favourite memory involving the wrap dress.