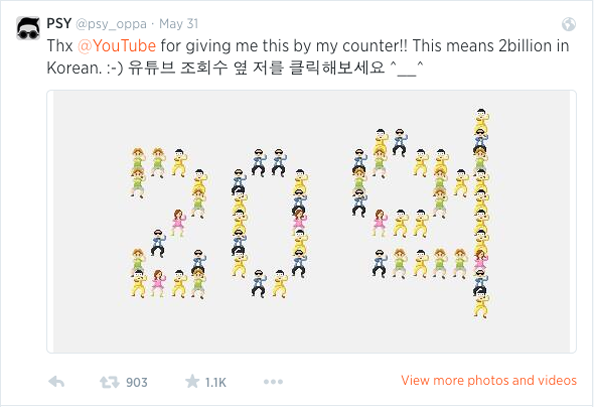 While it was only this week that we saw Gangnam Style singer Psy reach two billion hits on YouTube, making Internet music history, it seems he already has fresh competition in the form of a dancing baby.

A cute, chubby little baby girl from Korean has become an Internet sensation after busting some moves on a homemade video. The little girl, who remains unknown, jiggles up and down and throws some impressive shimmies, while dancing to some music as adults can be heard laughing in the background.

The 52-second video clip, called What A Dance By A Chubby Korean Baby, went viral on IMAX’s YouTube channel and has already received over 10 million views.

Could this new child dancing sensation knock Psy off his throne? For now, the entertainer doesn’t seem threatened, enjoying his victory while he can, taking to Twitter to announce his joy in reaching the two billion mark. We think, watch this space….