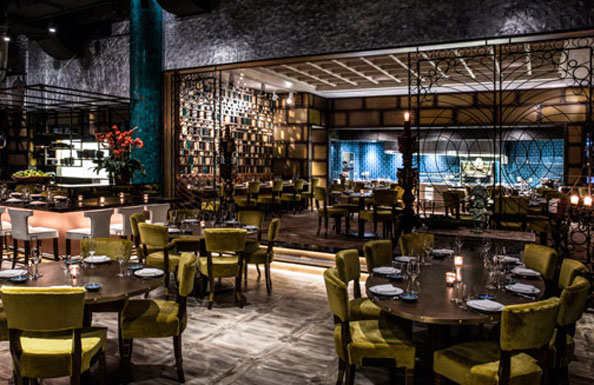 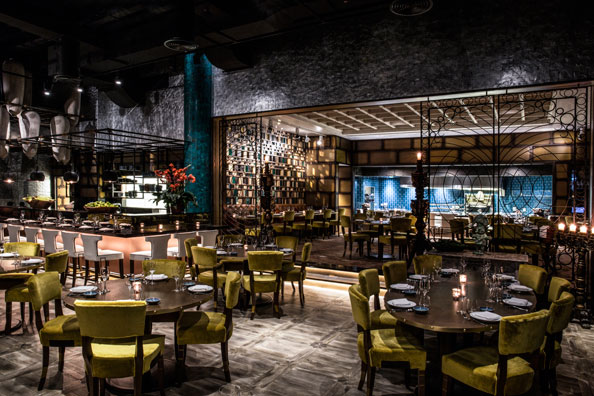 It’s one of this year’s most talked about restaurant openings, and Coya more than lives up to the hype…

This is a major plus point here. In fact, we’ve been boring on about wanting to recreate the exact, vibrant shade of blue of Coya’s ladies’ room in our own house ever since our visit. Check out the bathroom when you go, you’ll see what we’re talking about.

Rich colours are just one of many ways the restaurant has referenced its South American roots, along with plenty of dark wood and wrought iron. All this, together with the ceviche counter, the pisco bar, and a breezy terrace with views of the skyline, all add up to a seriously attractive venue.

We visited on a Sunday evening, but it felt much closer to the end of the week. As the sun goes down, this place fills up quickly – we were politely asked to vacate our table once our meal was over as more groups were waiting to be seated. The charming French host suggested we finish our drinks in the private members’ bar instead, and who were we to argue?

The lounge, concealed behind discreet wooden doors, was filled with a glam crowd of regulars who lingered late into the night. 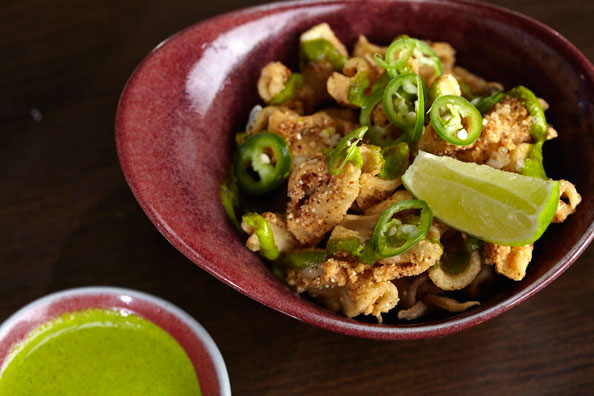 The baby squid with quinoa is an EW favourite

Confession time; we’re kind of over “sharing concepts”. Sure, sharing is caring, but sometimes a girl just wants her own plate of food – is that really so much to ask?

Apparently so on Dubai’s dining scene, where sharing plates have become almost as ubiquitous as cocktails served in jars. It’s the same at Coya (not the cocktail part), where dishes like seabass ceviche, quinoa coated baby squid and beef skewers were placed in the middle of the table for everybody to tuck into. But we were won over as soon as we stopped rolling our eyes and started eating. It might be new, but Coya is already up there with the best restaurants in the city.

The moreish baby squid had a crispy, quinoa coating and plenty of kick thanks to a scattering of green chillis. From the ceviche menu (when in Peru…) we chose the yellowfin tuna, which was fresh and delicious, as was a salad of golden beetroot (the first time we’d seen it) with hazelnuts and goat cheese. The dishes are light and clean, but there are plenty of treats to be had too –- a bowl of hot, crispy patatas bravas, drizzled with spicy tomatoes and a seriously addictive huancaina sauce, disappeared in a flash.

Of the heartier dishes, the wagyu sirloin with chimichurri stood out, as did a cazuela, or hot pot, filled with chilean seabass, rice, lime and chilli – sort of like a fresh, tangy take on a risotto. One word of warning; the portions aren’t big – especially given that we’re expected to share them, so we’d suggest ordering a few, which does mean the bill can mount quickly. 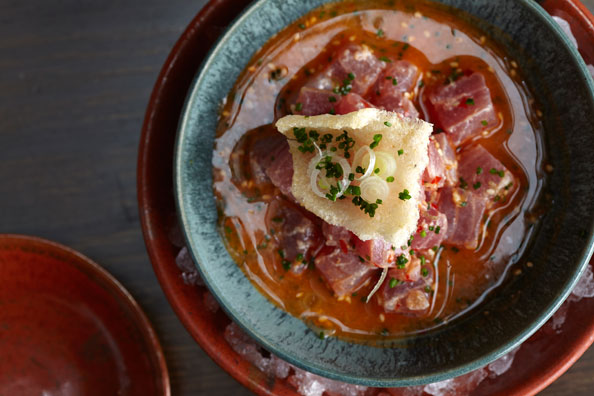 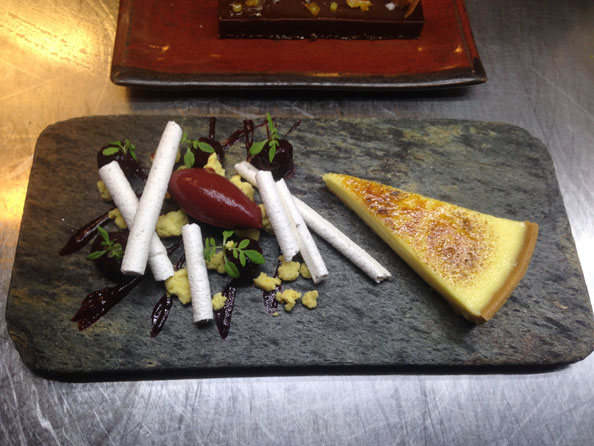 It’s not just the outstanding food that has this restaurant vying for a spot on our list of favourites; it also scores highly on appearance, atmosphere and service. And thanks to its bustling pisco bar, the live South American music, and the hidden members’ lounge, which made us feel like we were sipping a cocktail in a crumbling colonial mansion – you’ll be keen to linger at Coya long after dinner is over. 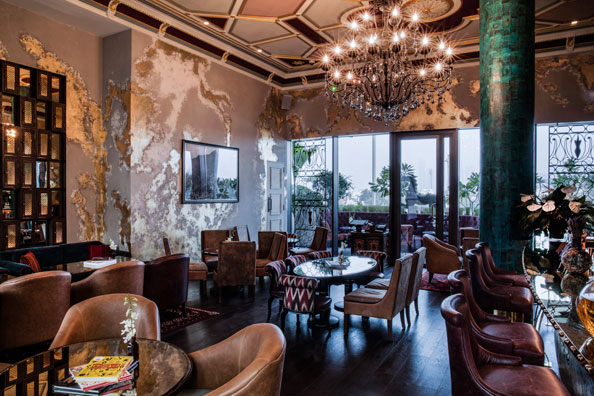 Try and wangle your way in to the hidden members’ bar