Could a marriage proposal be on the horizon for Hande Erçel? 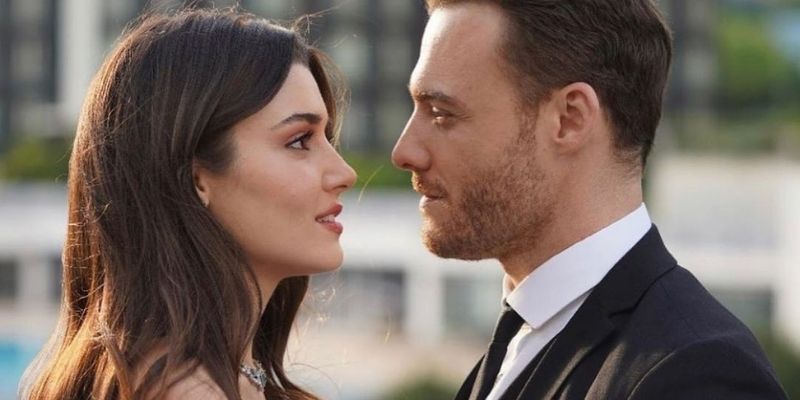 Since going public with their romance after a holiday to the Maldives, Sen Cal Kapimi stars Hande Erçel and Kerem Bürsim been seen exchanging comments with one another’s families.

This has posed the question: could an engagement be on the cards?

As per a recent article on Al Bawaba, Bürsim’s mother, Cigdem Bürsin, reportedly followed Erçel on Instagram after the pair’s trip to the Maldives, with the actress even exchanging comments with her partner’s family on social media, making it even more prominent.

It also appears that while the couple holidayed in the Maldives last month, Erçel’s sister, Gamze Erçel, joined the pair with her husband and daughter.

Gamze, who is a social media influencer with 3.9 million followers, was staying at the same resort where Erçel and Bürsin were staying – Ayada Maldives.

While the announcement of their relationship might have taken the internet by storm, Erçel’s fans were shocked with the breakup with her former long-term boyfriend Murat Dalkılıç last year.

The pair split five months after their engagement. Following their breakup, pictures from their respective social media platforms had been deleted, as they decided to call it quits, after being together since 2017.