Confirmed: Dubai To Abu Dhabi In 15 Minutes Will Happen 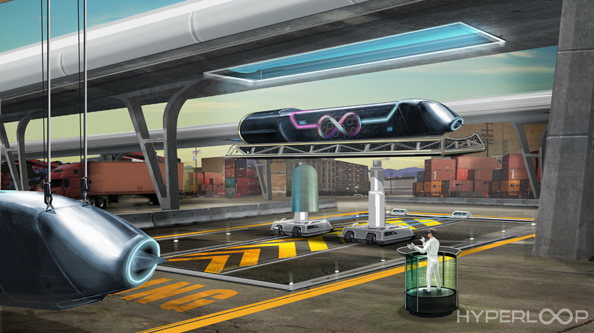 Exciting news has just come out of the Dubai’s World Government Summit, with co-founder of Hyperloop link, Brogen Brambogen, confirming that travel from Dubai to Abu Dhabi in 15 minutes will be possible.

Last year, UAE commuters got excited when the idea of travel from Dubai to the UAE capital in 15 minutes was branded as possible with the UAE earmarked as a destination for the first fully operational ‘hyperloop’ passenger transport system. 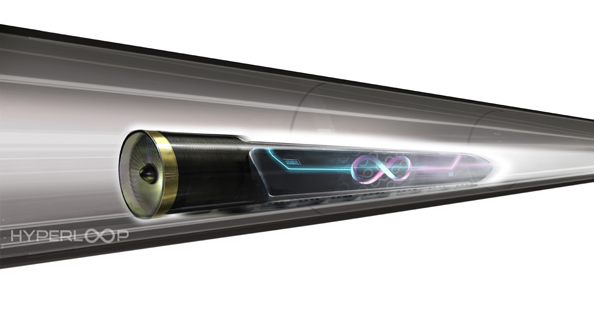 A rendering of a moving pod

Today Hyperloop co-founder, Brogen Brambogen, has confirmed this possibility in the Dubai’s World Government Summit, in fact he went as far as to say we will have a fully functional Hyperloop “in the next five or six years”.

“Hyperloop is not science fiction, it is real and it’s happening,” he added. “We are doing hardcore engineering to bring this technology from the drawing board to real hardware, into reality.”

This futuristic mode of transport was first conceptualised by Tesla Motors CEO, Elon Musk, who calls it a type of  rollercoaster with a completely horizontal track and no sweet whoops.” He wrote a white paper in 2013 on the subject and put it out as an open source idea. Too busy to do it himself he offered it out to anyone who wanted to take up the challenge to do it. 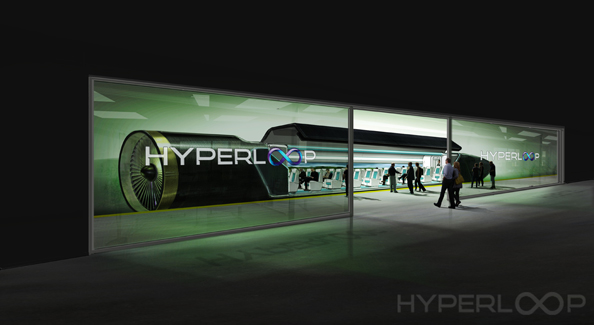 So what is the Hyperloop ‘train’? It’s an elevated, levitating (rather than running on tracks) train in a pseudo-vacuum tube that runs on solar power. So not only is it time and energy efficient but it’s also friendlier to the environment – it’s pollution-free .

Comparing it to an elevator, during his speech at the summit, Brambogen revealed how the Hyperloop won’t be one long train but rather  a series of pods that come on your demand, leaving when you want to leave and going directly to where you want to go without many any other stops. It’s an extremely bespoke ride, or as Brambogen says: “It’s like an elevator, bing, you are at your destination.”

Is this the future of travel?

As if the form of transport wasn’t high-tech enough, neither cash nor your Nol card can be used to pay to travel in the tube at hypersonic speed. The fare will be paid with digital currency from your smartphone.

It all sounds too good to be true and there is a slight catch. It won’t be cheap with the estimated cost to build it being in the region of US$6 to 10 billion. So far the company has raised Dhs1.1 billion to build the Hyperloop.

A fully-operational 3km prototype is currently being built in Las Vegas, and the plan is to have a full system working by 2020 – just in time for the UAE Expo.