The Mandarin Oriental Hong Kong’s unbeatable mixture of style, luxury and location has put it at the top of travellers’ wish lists. We’re giving away an indulgent two-day escape for one lucky reader and their guest at this five-star resort in the heart of the city’s Central District

Mandarin Oriental has spectacular views of the majestic Victoria Harbour and cityscape. After taking in the scenery, you’ll be tempted to hop straight into your king-sized bed, made up with pure linen sheets and goose down pillows. 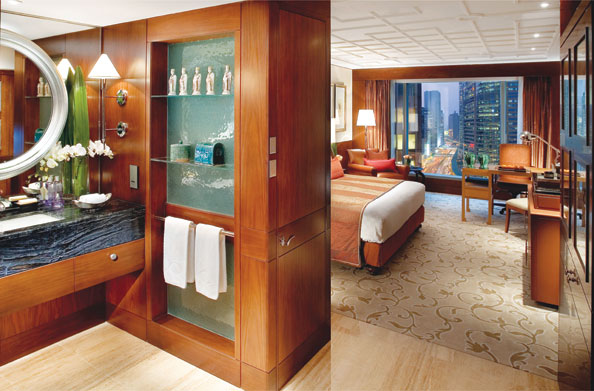 Post nap it’s time to freshen up with products from Hermes and Acqua Di Parma before making your way down to the stylish lobby bar for a pre-dinner cocktail. Then it’s time for your complimentary dinner for two at the Mandarin Grill & Bar, the hotel’s stylish restaurant serving up Michelin-starred modern European fare. It’s one of 10 outstanding restaurants and bars at the Mandarin Oriental, which is also home to two other Michelin-starred venues; Pierre and Man Wah.

You and your guest will also be treated to a 90-minute spell in the award-winning Mandarin Spa, an holistic hideaway spanning three floors and devoted to relaxation. Your indulgent treatment will leave you rejuvenated ahead of your return to Dubai – the perfect end to a trip to remember.

Thank you for entering. This competition is now closed. Congratulations to Ma Annie Rubite