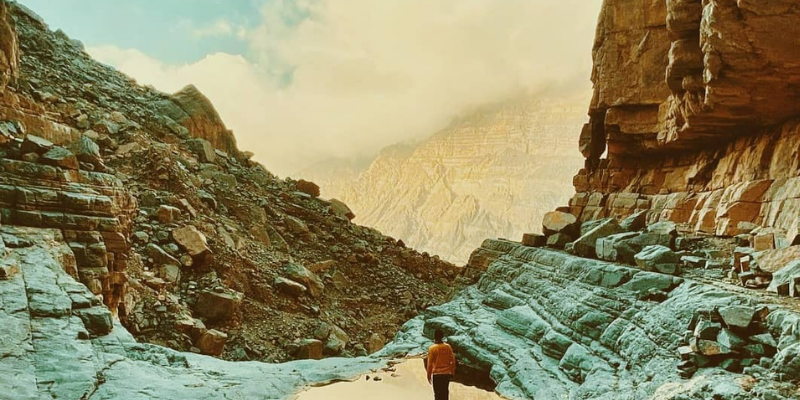 With temperatures continuing to drop in the UAE, a special surprise occurred on the UAE’s highest peak this weekend.

Jebal Jais witnessed a picturesque view unlike ever before, with its unique frost-covered sight. With a height of 1,934 metres, the mountain sits on the Hajar range making it a wonderous visit for residents and tourists to flock to.

Reaching around 4 degrees Celsius as reported by the National Centre of Meteorology (NCM), temperatures dipped close to the freezing point in this area.

As this high-altitude peak is regarded as a “wonder of nature”, the frost formation was new to everyone and surely led to some fascinating shares on social media.

RAK Media Office also captured footage of this awe-inspiring that shows the wonders of nature in this popular emirate with breathtaking vistas for every visitor.

Captivating shots of the wonders of nature in Ras Al Khaimah. Frost formed over Jebel Jais today, after the temperature dropped significantly. pic.twitter.com/q0ynHCRoqr

This sought-after destination attracts people from the globe over for its varied set of activities that includes zip-lining, hiking, camping, a ropes course, sledder, the Bear Grylls explorers camp, a sky tour and much more for everyone to experience.

During the month of January, temperatures fall to their lowest of the year and this recent weekend is one of the coldest to date. The previous weekend including New Year’s Eve also witnessed heavy rains which residents experienced after months.