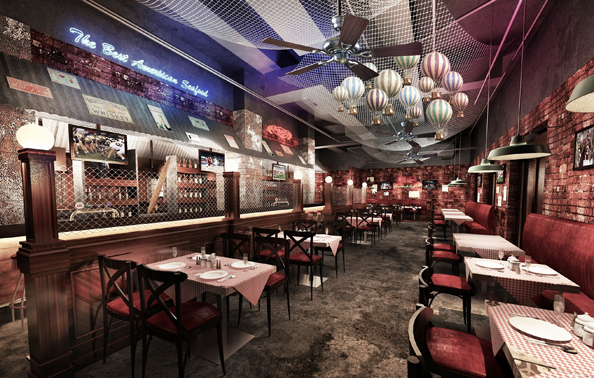 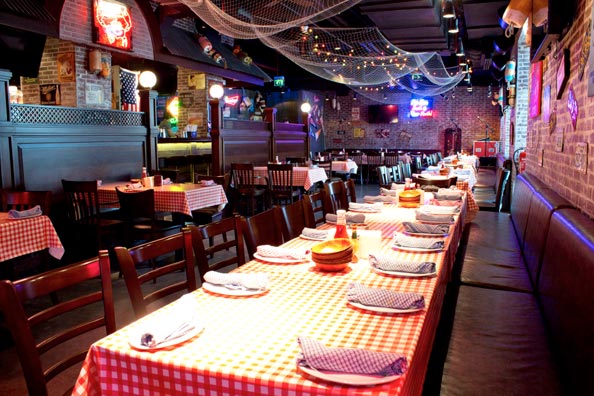 A big ole all-American eatery with even bigger portions, in the heart of an Arabian souk… we say yee-ha to the Claw BBQ! 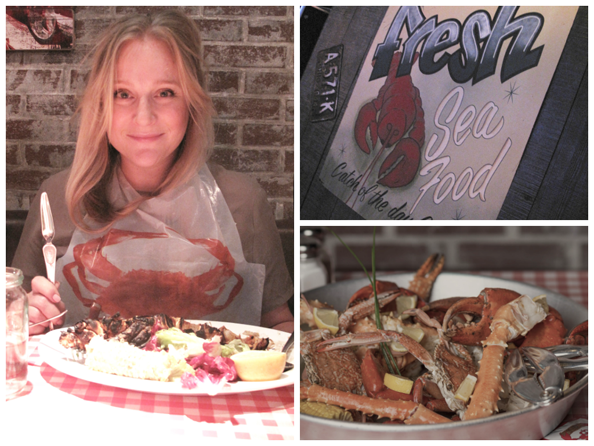 The menu is derived from the deep South so expect big flavours and even bigger portions – staff even supply you with a plastic bib so you don’t ruin the Chanel.

We chowed down on the Buffalo jumbo shrimp, which could certainly be described as ‘spicy’, but thankfully they did arrive with a refreshing blue cheese dip. Oysters were a bit on the skinny side, so we were thankful when the mains arrived – a giant lobster for one and a slab of meat.

The ribeye was flavoursome and chargrilled to perfection while the lobster was a little overdone for our liking, but it was stuffed with a decent amount of yummy crab. The accompaniments were a hit  from the jumbo onion rings as big as saucers and the fresh juicy corn. 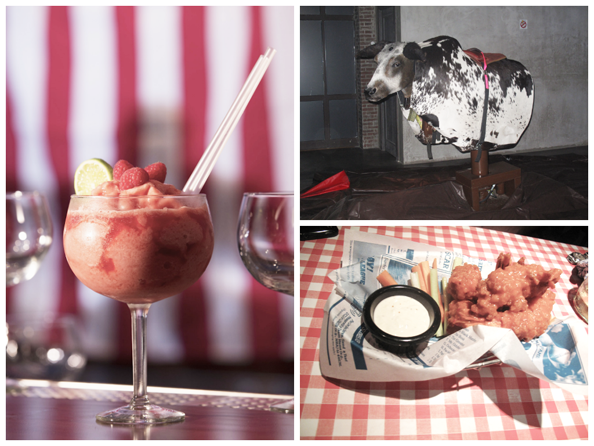 What Claw BBQ does serve up is oodles of atmosphere. It’s a fun-packed place where revellers mix perfectly with first dates and everyone gets giddy on the house cocktails.

Watching people attempt to ride the rodeo electric bull after too many cocktails is priceless.