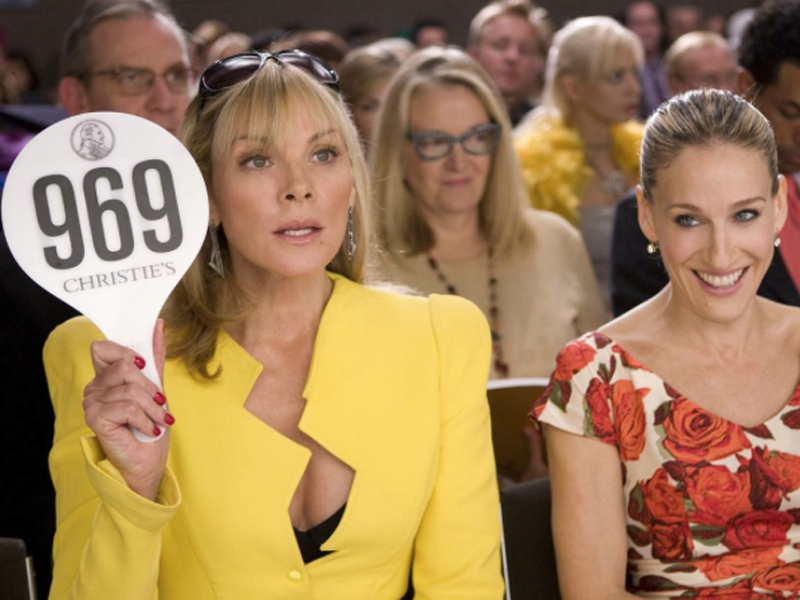 Their upcoming auctions, taking place on March 15 to 17 will see watches, modern and contemporary art, as well as style accessories on sale.

Since 1766, Christie’s have conducted some of the world’s greatest and most celebrated auctions, offering up an average of over 350 auctions a year in over 80 categories, be it jewellery, collectibles, wine, art and more, with prices for some of the more expensive items sold in the past at Christie’s auctions surpassing Dhs360 million for a single item.

Related Story: Most Expensive Wedding Gift Ideas For Couples Of All Tastes

Introducing a whole new sale category on March 17, Elements of Style, Christie’s are making the most of flogging their over 150 rare collector’s items by breaking the auction up into the colours of the UAE flag (in honour of 10 years in the region), offering up their wares under the titles: Red, Green, Black & White, Blue and Beige.

As a sneak peek of what you can expect at the auction, here are some of the items from each colour category in the Elements of Style sale. 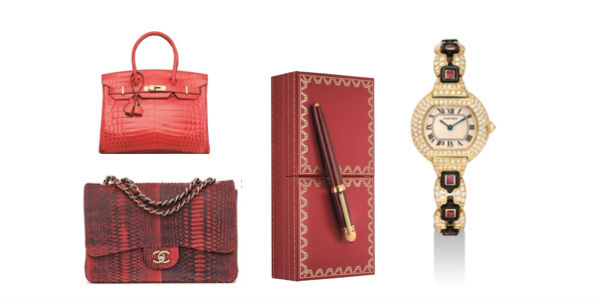 Six different bags by Hermès, with the star lot being a Bougainvillier Niloticus Birkin 30 with gold hardware. Made in 2012, and with an estimated value of Dhs110,000 to Dhs146,000.

Related Story: New Couple? Where To Go And What To Do 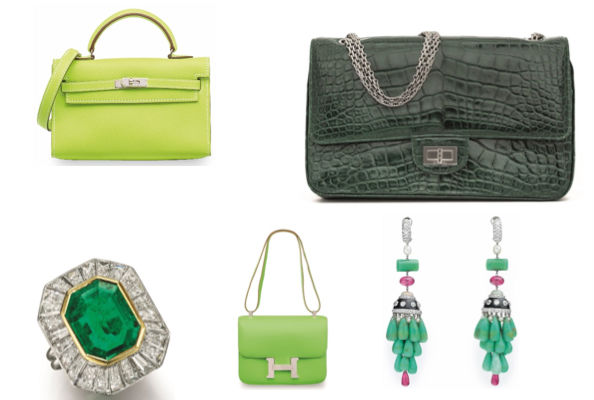 Drop-ear pendants, made from cabochon opals, black onyx and circular-cut diamonds, valued between Dhs55,000 and Dhs74,000.

Various Chanel or Hermès handbags in different shades of green – such as a matte dark green crocodile 2.55 double-flap Chanel bag, made in 2011 and estimated to be worth Dhs30,000 to Dhs37,000. Or there’s the matte apple green crocodile jumbo classic double-flap bag with silver hardware from last year’s collection for the same price.

FromHermès, there’s the granny swift leather Constance 24 handbag, estimated to be worth around Dhs14,500 to Dhs22,000. 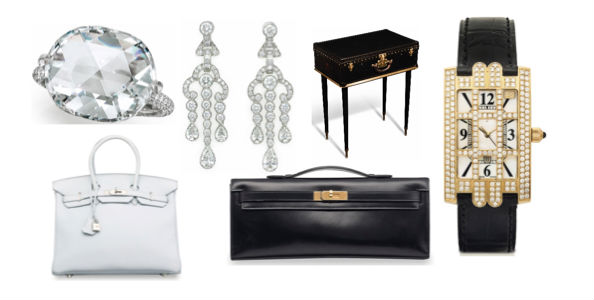 Five white and three black Chanel and Hermès bags, with over 20 watches with black or white dials – and diamond jewellery such as the 8.25 carat cushion rose-cut diamond ring set by Sabbadini estimated at Dhs660,000 to Dhs918,000.

One white and one black Montblanc fountain pen, as well as a Louis Vuitton dressing table made out of a vintage black suitcase with professional make-up lighting and a fuchsia alcantara interior, all valued at Dhs28,000 to Dhs44,000.

A Montblanc limited edition fountain pen from the Prince Regent series made out of blue resin and 18 carat gold for Dhs7,000 to Dhs11,000.

A limited edition Birkin bag made of bleu saphir, bleu iris and bleu de malte ostrich ghillies with permabrass hardware for Dhs73,000 to Dhs110,000, or a simpler version in bleu saint cry leather Berkin for Dhs26,000 to Dhs33,000.

A Tiffany set of gold and diamond PALM jewellery, comprised of a necklace and bracelet designed by Paloma Picasso. Dhs30,000 to Dhs44,000.