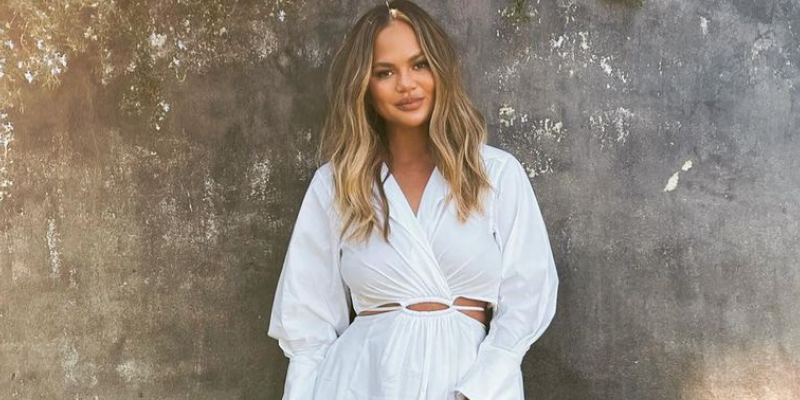 In a heartbreaking Instagram post, Teigen shared a series of photos from when she was in Mexico for a music video shoot for Legend’s song Wild.

At the time, she was 10 weeks pregnant and completely happy and the couple even used the video to announce they were expecting their third child.

“I could have never imagined what would happen over the next 10 weeks,” Teigen admitted. “Not sure I’ll ever be able to watch that video again without sobbing but I hope he feels my tears and knows we miss him so.”

In the honest post, Teigen went on to share she suffers daily remorse from not looking at her son’s face.

“I am so full of regret that I didn’t look at his face when he was born,” Teigen said. “I was so scared of seeing him in my nightmares that I forgot about seeing him in my dreams. I hurt every day from that remorse.”

“This month is a rough reminder and to be honest,” she continued. “I thought the worst was over but I guess life and emotions aren’t on any sort of schedule. Love you guys to pieces and am grateful for all your support and love.

“I firmly believe energy and healing travels through the night sky and I feel it, I promise I do and I love you jack. I miss you so so much.”

At the end of September, the 34-year-old had been admitted to hospital due to excessive bleeding – she even had a “huge clot” at one point. After receiving a few blood transfusions over multiple days and treatment in hospital, Teigen and Legend announced they had lost their unborn baby, whom they had named Jack.

Sharing photos on Instagram, Teigen announced her miscarriage in a heartbreaking describing it as “pain we’ve never felt before”.