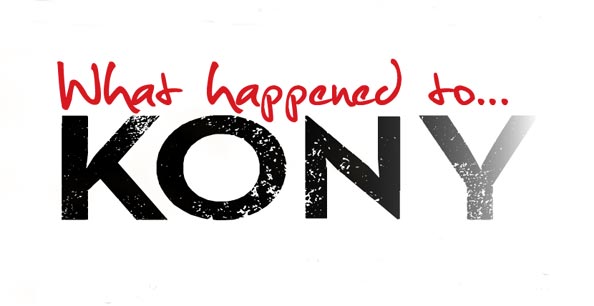 Invisible Children’s infamous Kony 2012 video brought the horrors of Uganda’s warlord Joseph Kony to our living rooms. But questions over their financing and behaviour left the charity as embattled as their subject. Two years later Emirates Woman investigates what happened next…

Joseph Kony is a monster. Since 1987, his Lord’s Resistance Army (LRA) has butchered, brutalised, raped and murdered its way across Uganda, abducting over 10,000 children in the process.  A conflict 20 years in the making, Uganda’s plight finally came to international prominence in March 2012, when the charity Invisible Children decided to make Kony infamous.

Their video Kony 2012 was a Hollywood take on the crisis, a lavish call-to-arms told in quick cuts and emotional sound bites. Posted on YouTube, the video swiftly went viral, championed by liberal heavyweights including George Clooney and Oprah Winfrey. As views spiralled up towards 75 million, so did the donations, with the charity raking in US$20 million during 2011-12.

Invisible Children rode a wave of support all the way to the White House, where Barack Obama put a US$5 million bounty on Kony’s head and promised to lend military support to the beleaguered nation.

“Is Joseph Kony a direct threat to the United States? No,” said Scott DeLisi, the US ambassador to Uganda, at the time. “He’s not targeting US citizens. He’s not targeting US embassies. He’s not Al Qaeda. Why is the United States engaged in the world, for goodness sake? If we are true to what we believe in as Americans… we need to get rid of Joseph Kony.”

For the first time in years public and political sentiment were in alignment. Unfortunately, the problem with going viral is that sooner or later coverage spreads beyond your control. Critics of Kony 2012 thought the video simplified the conflict, gifting Obama a PR victory in the process. And once they were done with the message, critics rounded on the messenger.

Newspapers began pouring over Invisible Children’s finances, questioning why 81.48 per cent of its fundraising stash had been spent on “media, mobilisation, protection and recovery”. To compound matters, co-founder Jason Russell was filmed running around the streets while almost nearly naked, “making sexual gestures and vandalising cars”. Doctors blamed a “brief reactive psychosis, an acute state brought on by extreme exhaustion, stress, and dehydration” – otherwise known as a breakdown.

Two years after Kony 2012, Invisible Children has become the story, its success a byword for “slacktivisim” – or the desire to make yourself feel better without actually doing any good. Belittled and undermined, their follow up video sank without trace, while Joseph Kony remains at large. Many see the organisation as a failure. They’re wrong… mostly. 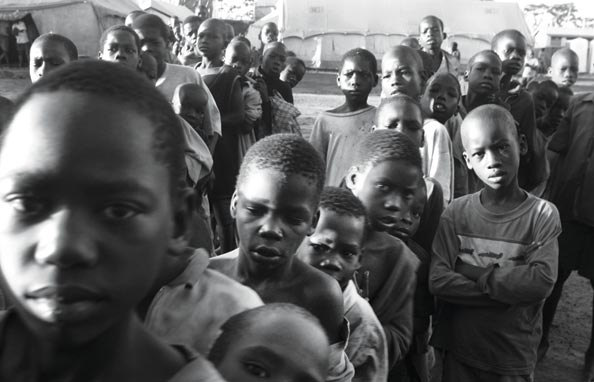 THE HORROR OF WAR

Joseph Kony may be a monster, but he’s a monster of Uganda’s own making. The LRA sprung up in 1987 to battle the National Resistance Army (NRA), which would ultimately take control of the country. The NRA was bloodthirsty and belligerent, with murder, rape and the employment of child soldiers all seen as legitimate tactics. Kony agreed. Born into a Christian family in northern Uganda, he was an altar boy who became a witch doctor. In the early days, he would tour villages, talking to the elders of his plans to create a government based on the Ten Commandments. He’s since broken every one of them, but his belief has never wavered – Joseph Kony believes he’s a messenger.

“You should know that war is war, and war did not start with me, Kony,” he told villagers in a rare speech caught on film. “Mountains and land are taken by spears. Women are taken by spears. Nations the world over have conquered by force. So I am telling you Acholi [Ugandan people] elders, that I am as informed about the world as you are. If I had not known about the world, when the world is this bad, do you think I would have survived as long as I have? God establishes the throne and appoints the rulers, and my ancestral spirit has already anointed me.”

Unfortunately, the Acholi elders had no intention of anointing Kony. Their society had just been decimated by the NRA campaign, and they had no desire to hand over their young men for another war when there were fields to be tilled and homes to be rebuilt. Kony saw it as betrayal, and while his rhetoric of overthrowing the government remained, his true purpose changed. He began to punish his people for their “sin”, and his tools were their own children.

“When he started, Kony captured older people, but they were too strong, they would say ‘no’, they would escape,” recalls Joseph Kiwanuka, former governor of Uganda’s Gulu district. “That’s when he turned to children. He would scare them, he would kill two or three in the presence of the rest and say, ‘If you try to escape, this is what happens to you.’ He doesn’t call it abduction, he calls it recruitment.”

Sometimes, Kony would force the children to kill their own parents, ensuring they could never go home. Girls were recruited as sex slaves, or made into porters, cooks and cleaners to maintain the camps. They were always hungry, always sick. They raided villages for supplies, unleashing horrors on anybody they found there. Regular “punishments” included cutting off lips, eyelids and buttocks, while one former child soldier recalls stuffing a family into old tyres, which he then set alight.

For many of the child soldiers, it was too much. They tried to escape, but those that were caught were brutally tortured. “When I was captured, they brought me back to the other children and asked what should be done with me,” former child soldier Walter Ocan told a Canadian documentary crew. “They answered I should be killed. Then they tied my hands together and took turns swinging an axe at my head while everybody watched. I passed out, and when I woke up they were kicking my lifeless body. Then they jumped up and down on my stomach three times. Somehow the next morning I woke up, and started walking away.”

It’s little wonder, they obeyed. Alongside the brutality, Kony created a cult of personality, regularly talking with the spirits that guided him and telling the children the Ugandan army would torture and kill them if they were caught. They had nowhere to go.

AN END IN SIGHT?

When Obama offered a US$5 million bounty for information leading to the capture of Joseph Kony in 2012, many believed the warlord would be caught within months. What they hadn’t considered was that Kony was smart. His army was divided into autonomous cells operating independently under zealous commanders. Very few of them knew where Kony was, and most of the time he wasn’t even in Uganda. Reports suggested he was hiding somewhere in the Democratic Republic of Congo, which is the military equivalent of kicking over a hornet’s nest then standing back to admire your handwork.

Late in 2013, the US sent special forces units into Uganda to train local troops and provide logistical support. Forbidden from firing their weapons except in self-defence, the soldiers found themselves grudgingly impressed by Kony’s tactics. His units move every night, camping under foliage that shields them from drones and satellites. Radios are banned for fear of being tracked, and attacks are planned meticulously based on army patrols and village size. Their organisation has forced the US forces to rethink their tactics.

“The US spent eight years searching for Osama bin Laden using all the latest technology,” says Carolyn Barnett, a defence expert with the Centre For Strategic And International Studies. “Ultimately, it was human intelligence that led to him. I think it’s the same story with Joseph Kony. In the end, it’s going to be a defector that gives away his position.” 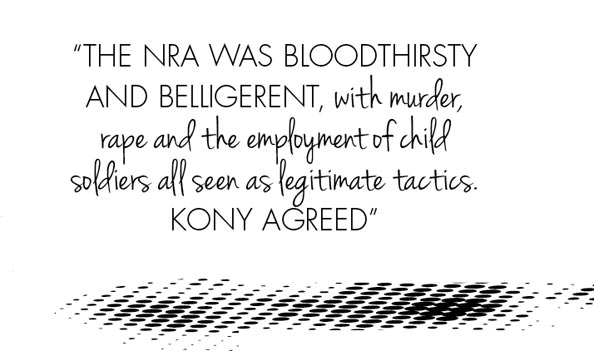 With this in mind, the US have started dropping leaflets on the jungle promising safe passage for any soldiers who want to flee the LRA. Intelligence gathered from these sources is then used to assault multiple camps, breaking down their will to fight. It seems to be working. A report published by Invisible Children and The Resolve suggests the LRA has lost between 16 to 20 per cent of the 200 Ugandan officers and fighters that were in its ranks at the beginning of 2013.

The LRA is as weak as it’s ever been, and if weren’t for the chaos erupting in the neighbouring Central Africa Republic – where Kony’s thought to be hiding – it’s believed they’d already be destroyed, with Kony either killed or in custody. Sadly, until that region’s stabilised it looks like Kony will continue to evade his pursuers, existing as a lingering nightmare for the people of Uganda.

Even so, considering it was Kony 2012 that pushed Obama to put US forces on the ground, Invisible Children should feel proud of what they’ve accomplished. Their campaign may not have gone exactly how they expected, but sometimes a little luck’s better than a lot of skill, especially when you’ve got a monster to slay.